Transmit and receive in PDO for CANopen - Why use transmit channel?

According to CiA 301, there is something called TPDO Mapping and TPDO Communication. 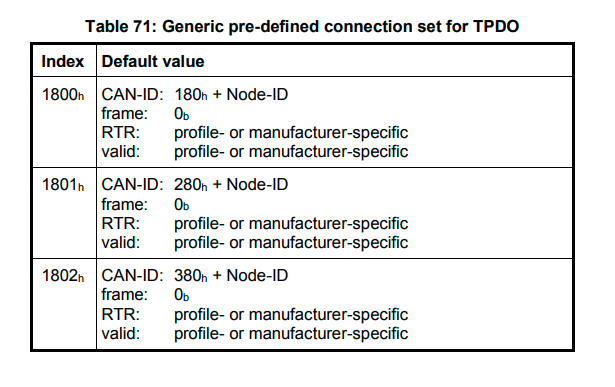 TPDO communication is used for describing how the message is going to be sent for example in every 100ms or for every 10th sync message.

TPDO mapping is used to describe what data the software is going to pick from the object dictionary to create the message that are going to be sent out.

PDO is a producer & consumer

So my question is: If PDO is a producer and consumer, why use TPDO channel when you are going to send?

Because when you send a PDO message, you are sending to the receive channel. 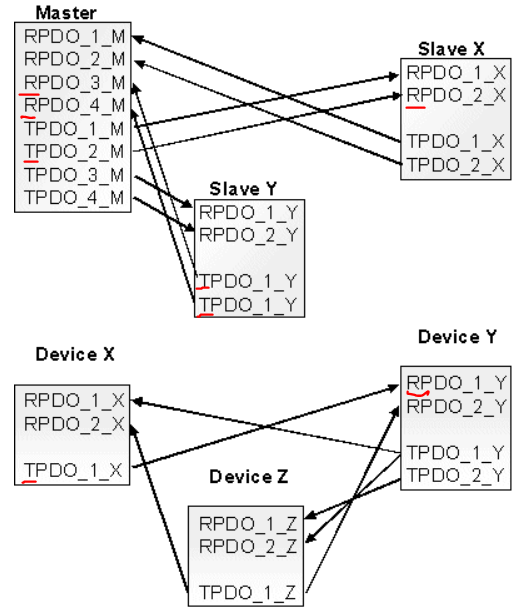 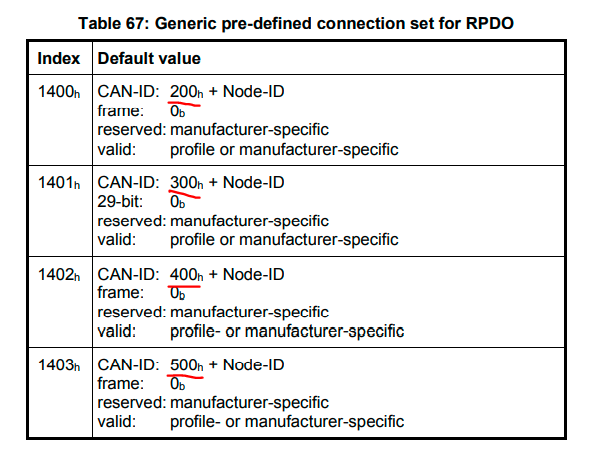 Browse other questions tagged can canopen or ask your own question.

1
TXERR error in CAN communication
3
CAN- "Messages have ID's not nodes"
2
CAN bus reverse-engineering
0
Is it possible to map pre defined data sets in PDO Mapping of CANOpen protocol
0
MCP2551 sending with 4V differential voltage
1
Power Supply issues with CAN bus
1
CANopen - explanation of TPDO and RPDO
1
CAN bus appears to have a collision in the middle of transmission
3
Process Data Objects - CANopen - How do they work?
1
Strange behavior of auto retransmission on STM32 CAN bus