I don't have much experience with PCB design, but I am currently designing one to connect together several components for a work project. One of these components is connecting an external trigger signal to an input pin on a Neso Artix 7 FPGA board. The device that generates the trigger may vary (e.g. an analog waveform generator) and the voltage of the trigger signal can therefore vary as well (although it will probably be below a maximum of 15 V or so). The trigger signal will contain pulses or a square wave at a rate of several kHz.

The FGPA operates at a logic level of 3.3 V so I think it would be a good idea to limit the voltage over the FGPA pin, in case a higher voltage trigger signal is connected. I've read about several approaches, such as an op-amp voltage clamp or a Zener diode shunt regulator. Because the trigger will likely have very high slew rates, I'm afraid that the op-amp clamp might not reach the clamping voltage quickly enough, thus possibly still damaging the FPGA.

For the Zener diode approach, I've come up with the schematic below. However, I have read that there are some drawbacks to using Zener diodes, mainly concerning power dissipation.

My question
In this scenario, what would be the best method for protecting the FPGA from voltages higher than 3.3 V? In the case that that would be the Zener diode shunt regulator, do I need to take extra measures with regard to the power dissipation, or would the resistor in the circuit below be enough?

For the output signal, minimal time delay and slew rate are essential, since the device triggers on an edge.

Many thanks in advance!

It depends on how fast you want it... 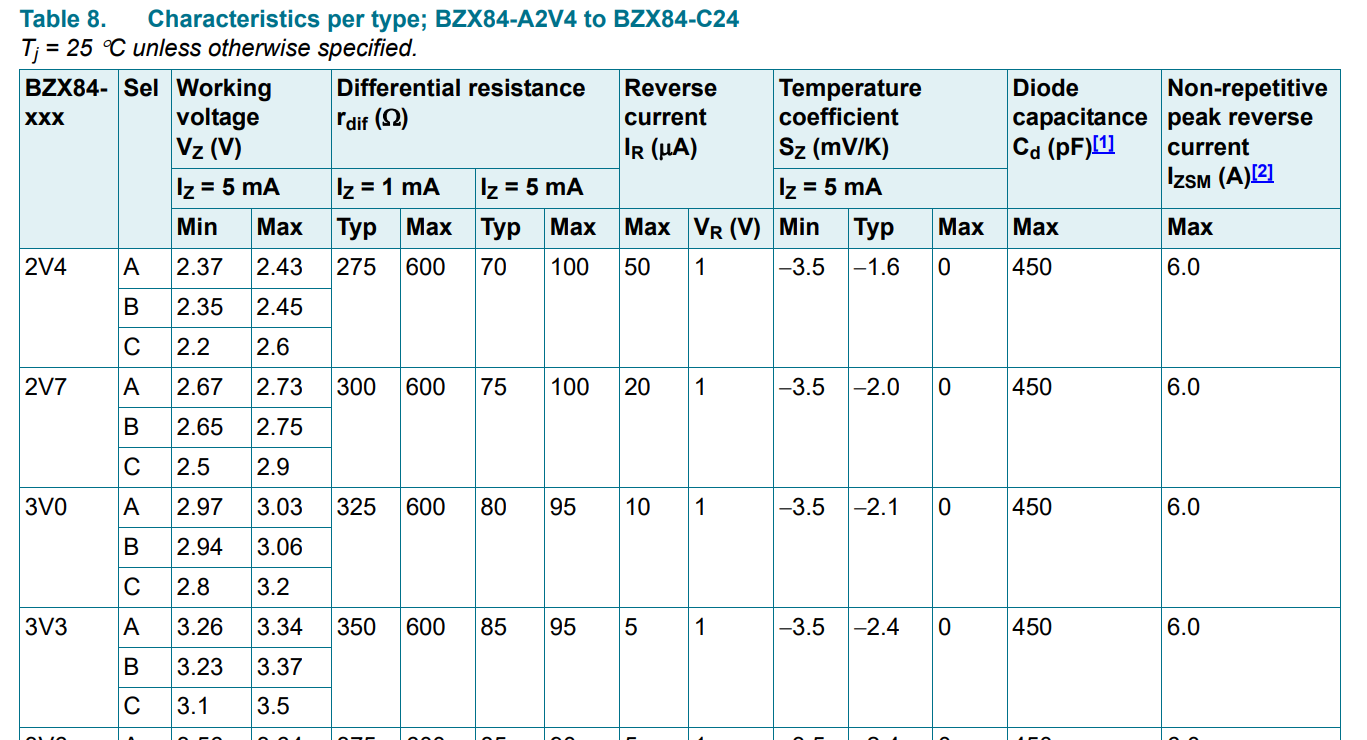 Zener diodes have pretty high capacitance, so you'll need a low value series resistor, which means it will draw a lot of current from the signal source. With your 100R value, a 15V source would have to provide (15-3.3)/100 = 117mA current, and the resistor would burn 1.3W. Both are inconvenient.

If the signal is slow you can use a higher resistor, for example 3k3, which will make dissipation negligible but combined with Zener diode capacitance it will lowpass your signal at a few hundred kHz and introduce some phase shift too.

So you can use a pair of low capacitance diodes, there are many choices of dual diodes in SOT-23 available. You can use Schottky diode for a lower threshold voltage: 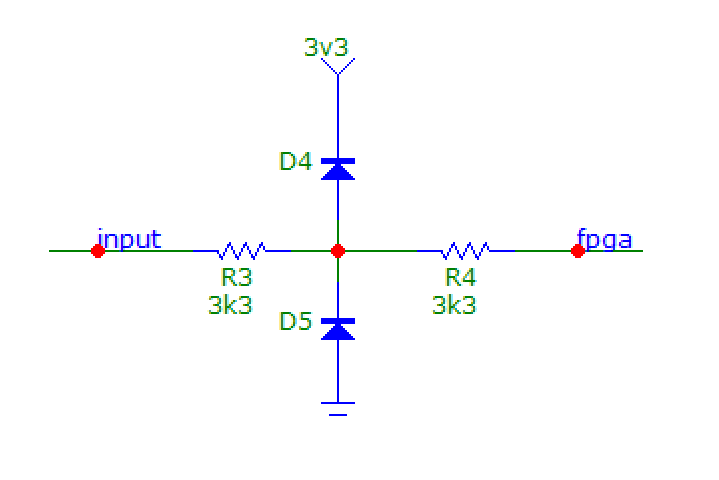 However it requires VCC to be able to sink some current, which won't happen if the loads are pretty low, for example a microcontroller in sleep mode. If the load on 3V3 is an FPGA, it'll draw enough power to sink the input current, so that's fine.

I've used this too: 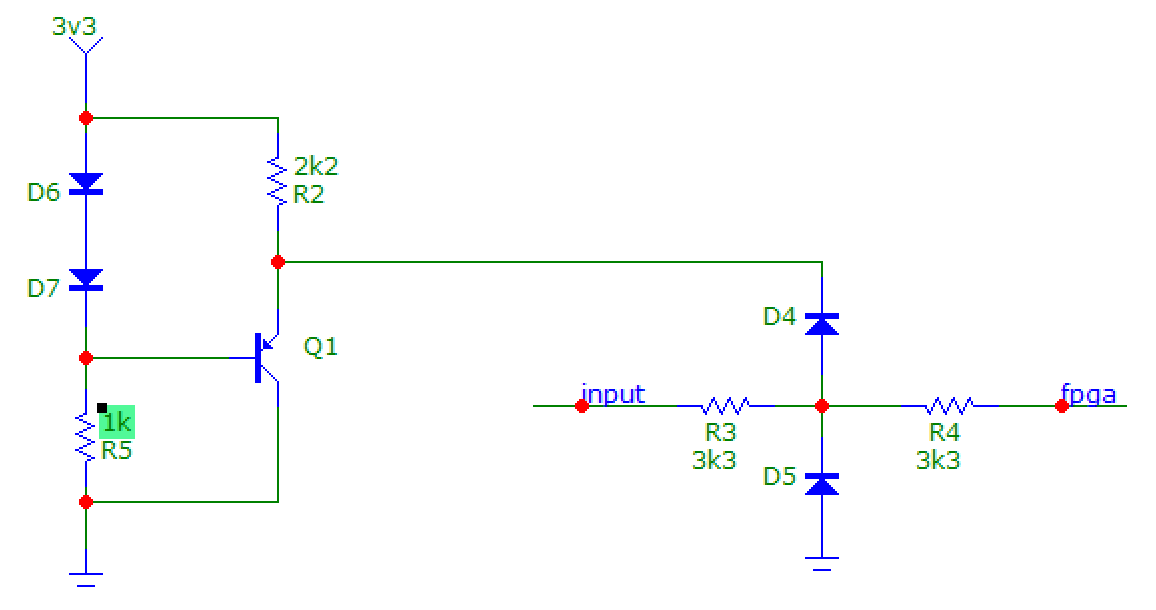 The transistor and diodes make a shunt regulator at about 2.1V, the top diode and transistor add 0.6V twice, that will clip input voltage at 3V3. It follows the power supply, so it will behave correctly if the device is unpowered too.

You could also use a unidirectional TVS diode instead. It works like a Zener diode, with much lower capacitance at the cost of much lower accuracy. "Unidirectional" means it works like a normal diode in reverse, which is what you want since you're not interested in negative voltages.

So say you get a TVS diode specified for minimum 3V3, it will sink almost zero current at 3V3, but it will clamp the voltage so somewhere around 4.5-5V. So you still need a protection resistor to the FPGA pin, but it will conduct much less current than if the input was 15V and not limited to 5V.

Any accountable credits of this answer have to go to @bobflux . bobflux's answer points out all the aspects to be considered. I just would add a variation of bobblux's. 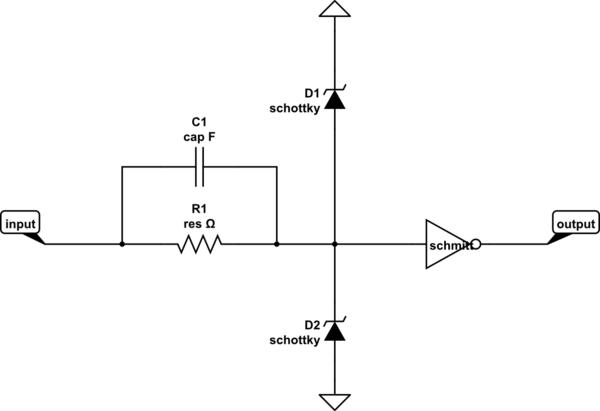 5
Over voltage and reverse voltage protection of multiplexed ADC with voltage follower
0
Signal buffer with op-amp clamping and voltage bias
3
Short circuit protection for digital input
2
Which zener diode types are proper for clamping the swithcing input signals
4
Analog input over-voltage protection using Schottky and Zener Diodes. Can it work?
0
Voltage Regulation for a high frequency signal - Arduino Input
2
Zener diode voltage limiter for Intrinsicaly safe application
0
How do I protect a unipolar ADC input against a bipolar signal?
3
Is this a correct way to divide and 'clamp' a noisy 10 V signal to 3.3 V?
1
Input over voltage protection circuitry around RBO40 for automotive use