What kind of component is this, and is it damaged?

My central heating controller stopped working. It's essentially an AA battery powered device with a thermistor, some buttons, and an LCD screen, which lets me program desired temperatures for various day/time periods. When the controller decides heat is required, it enables its relay which powers on the boiler for heating.

When I went to turn up the temperature temporarily today, I saw that the screen no longer came on. Trying various newly charged batteries didn't help. The controller did also die a year ago while in the middle of using it, but it worked again after taking it apart, rebuilding, and replacing the batteries. I believe the unit has consistently complained for maybe three years about a low battery, even with new batteries.

The PCB surfaces look pretty much pristine (AFAICT), aside from this one component, which I'm unsure of its purpose and whether it's intact. It looks a bit like a capacitor that has leaked — but it's labelled as "L3", which apparently can denote an inductor or bead (I'm not familiar with them). The body has "CTC" written on it a few times, but I didn't notice any other markings. Other capacitor-like components on the board are labelled as "Cx".

Photos I took a year ago of this component also look identical to now, so I don't know if this is the component at fault (though I suppose debugging the board further is a separate topic).

What is this component, and is this normal? Are there any meaningful measurements I can make with a multimeter to test its functionality? 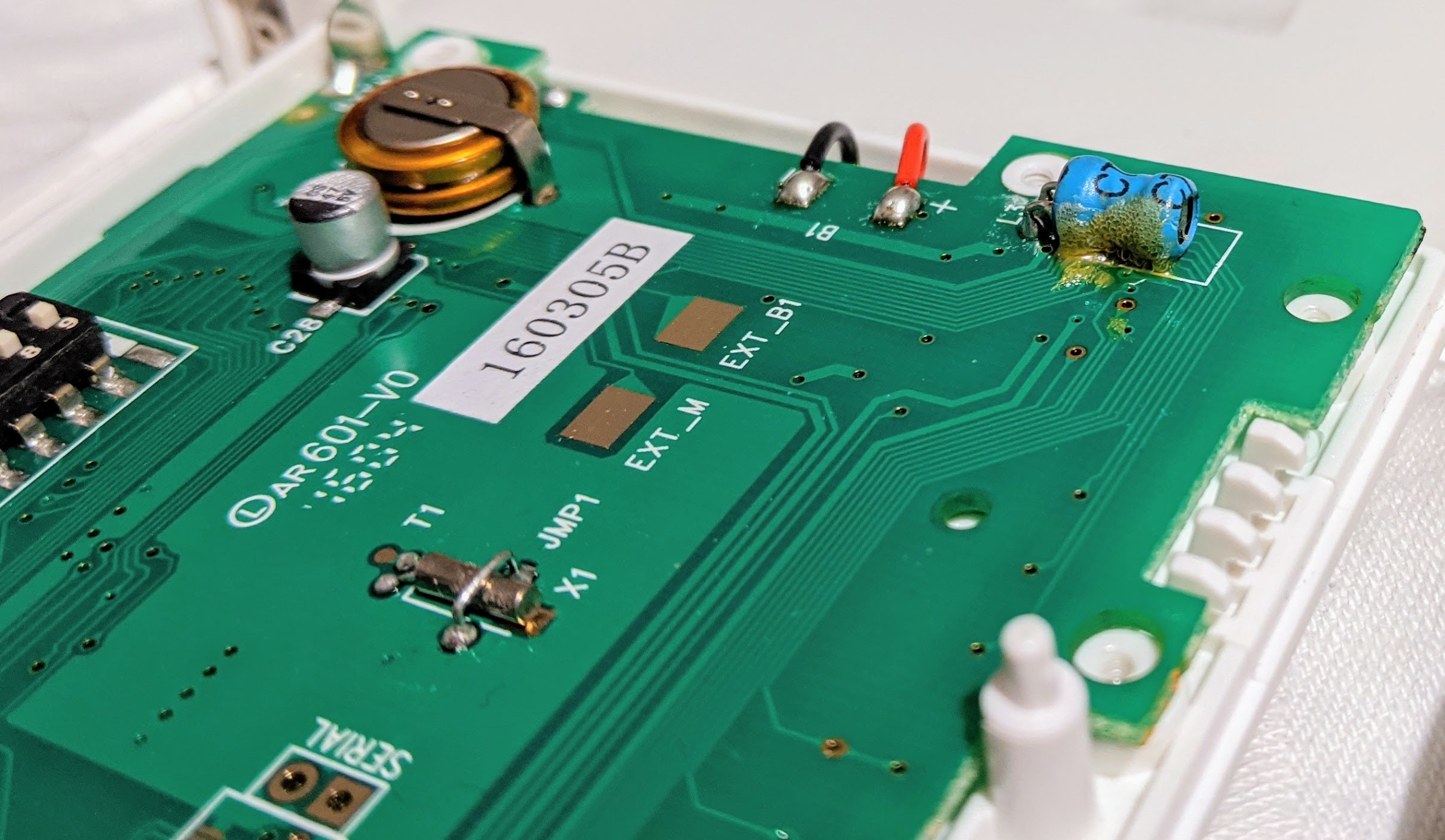 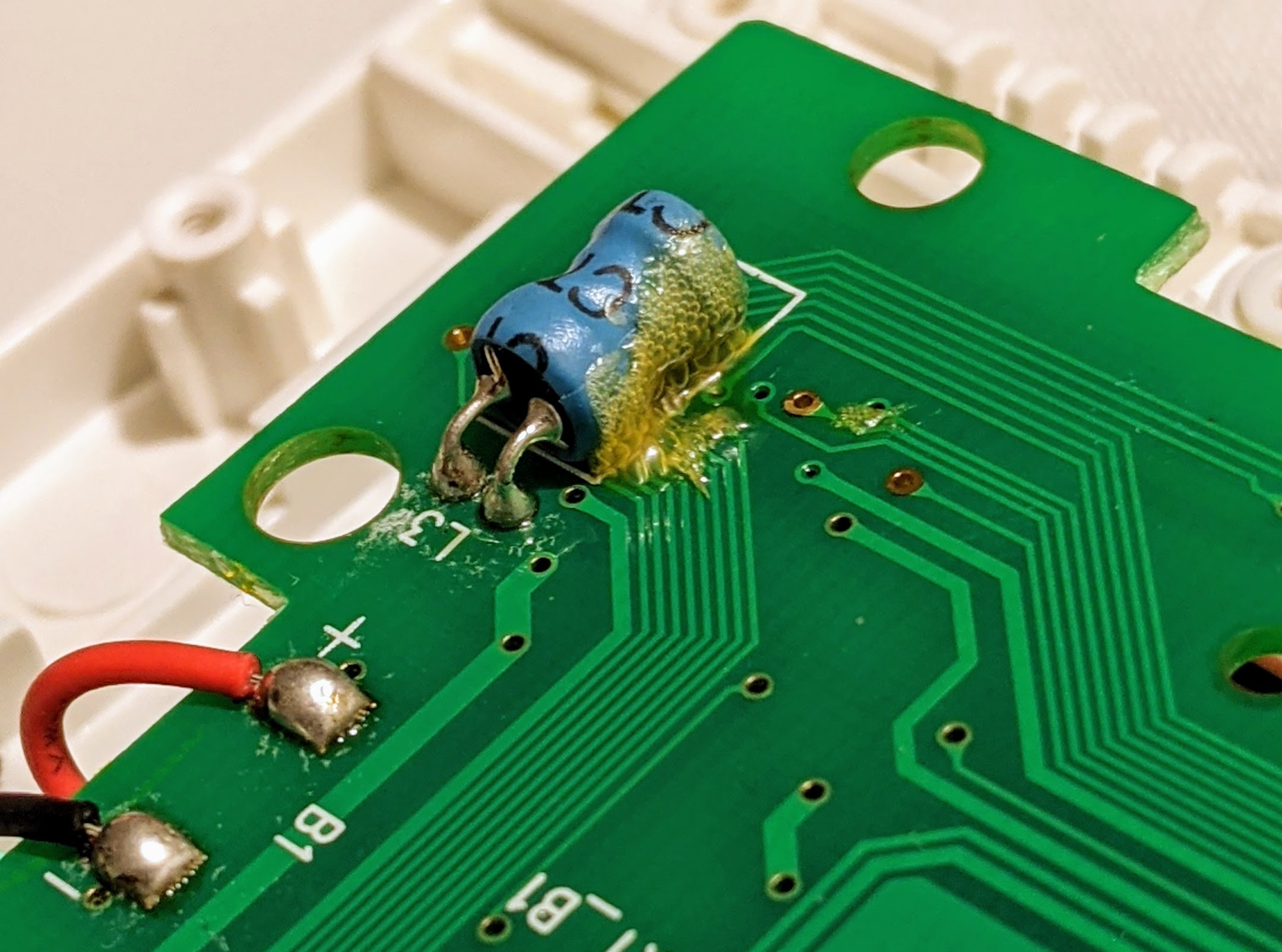 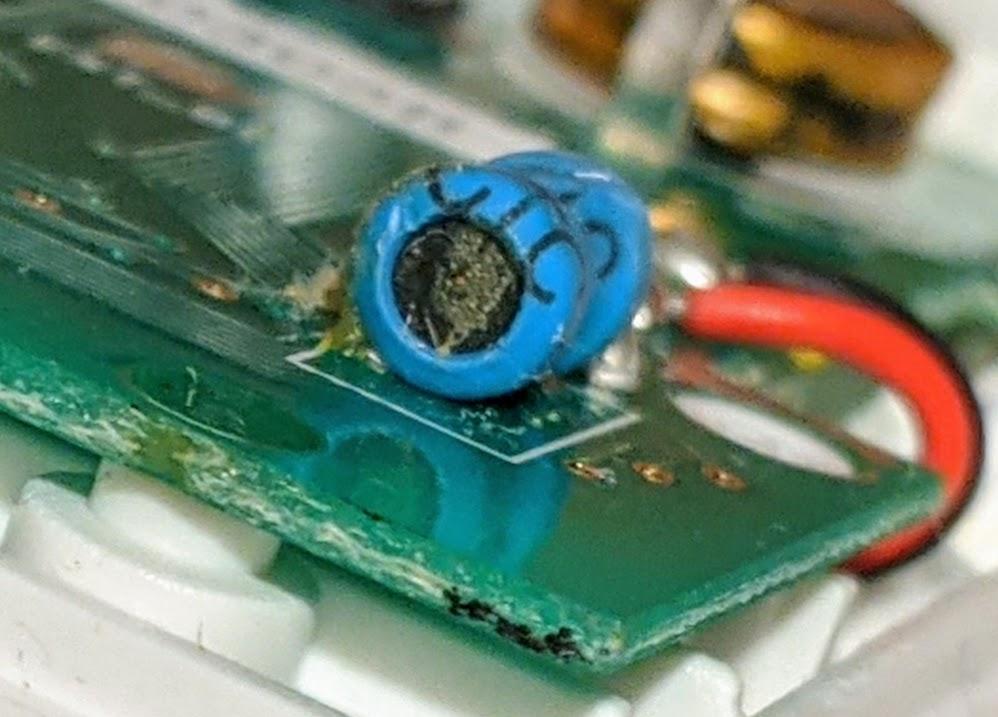 L3 is an inductor and it is normal to have glue on it. Most likely not damaged and problem is elsewhere. Multimeter on continuity mode should read approximately 0 ohms over it.

You said it's AA battery powered, but is that also a stack of coin batteries on this board? If so, check/replace them, as well. They look like they are held in place with a spring clip.

Not the answer you're looking for? Browse other questions tagged identification damage hvac or ask your own question.

66
What do the PCB markings mean?