Example 1.7
Calculate the power supplied or absorbed by each element in Fig. 1.15. 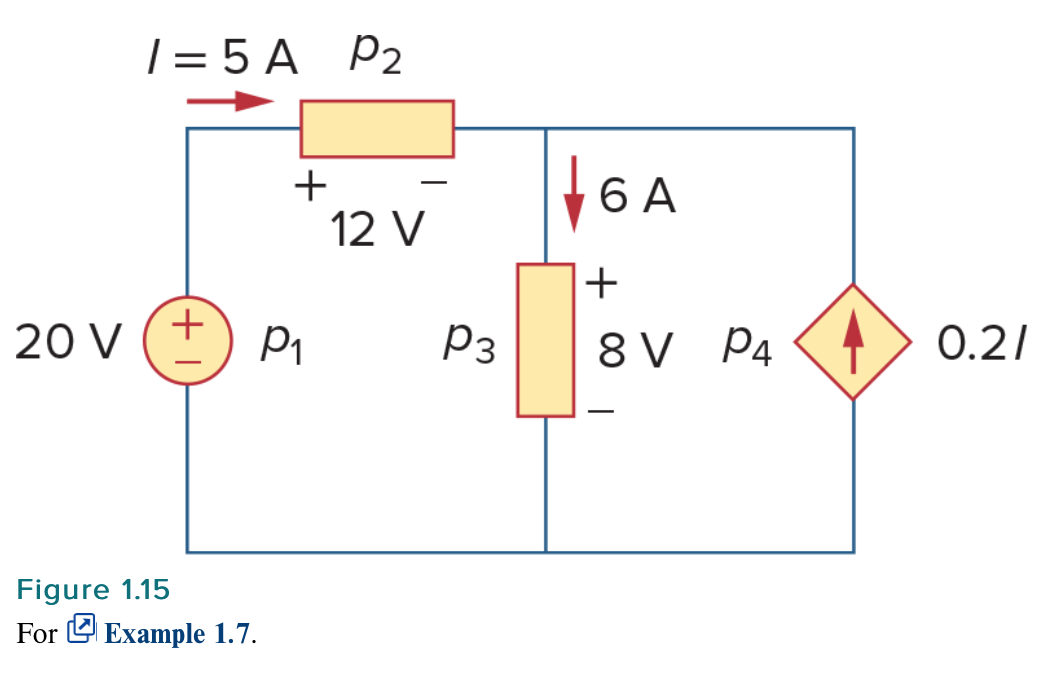 Practice Problem 1.7
Compute the power absorbed or supplied by each component of the circuit in Fig. 1.16. 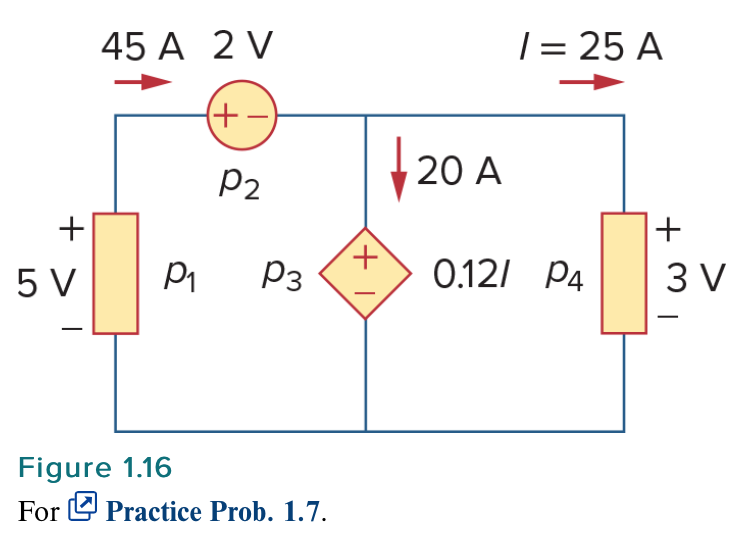 To clarify, the textbook has not yet introduced the concept of a component being in parallel vs being in series, so the reader would not know this at this point in the textbook.

Where the current comes from earlier in the circuit has no influence on the power dissipated in a particular passive circuit component. The only thing that matters are the current direction, and the voltage polarity - and the magnitudes of course.

Not the answer you're looking for? Browse other questions tagged power circuit-analysis current-source voltage-source or ask your own question.

1
Current flow in a series circuit with two voltage sources
1
How do you calculate the current and voltage when the emitter is grounded for saturation mode
0
Calculating power absorbed by each element
6
Ideal Voltage and Current Sources in series
1
Power dissipated or generated through an element
2
How do we derive the values for these Thévenin equivalent circuits?
1
Why is the polarity of the \$3 \ \text{V}\$ source necessary to calculate the current flowing through the \$8 \ \Omega\$ resistor?
4
How does one know that the current is flowing downwards through the \$8 \ \Omega\$ resistor?
0
Is this "definition" of "independent loop" even logical / a valid definition?