During turn of on an N-MOSFET, the gate drive dynamic characteristics curve looks like this: 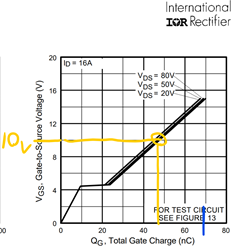 Why is the gate voltage during the Miller plateau region flat?

I am curious about why the gate voltage during the miller plateau region is flat (what forces the Vgs to behave like that - what are the parameters) gate current during that period is also constant (flat.)

In the Miller plateau region, the voltage is constant or sluggish as Cdg is discharging with respect to VDS voltage change.

Why is Vgs flat? (The reason behind this.) 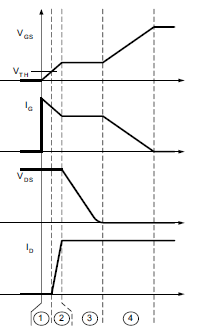 So, why is the gate voltage flat during switching?... 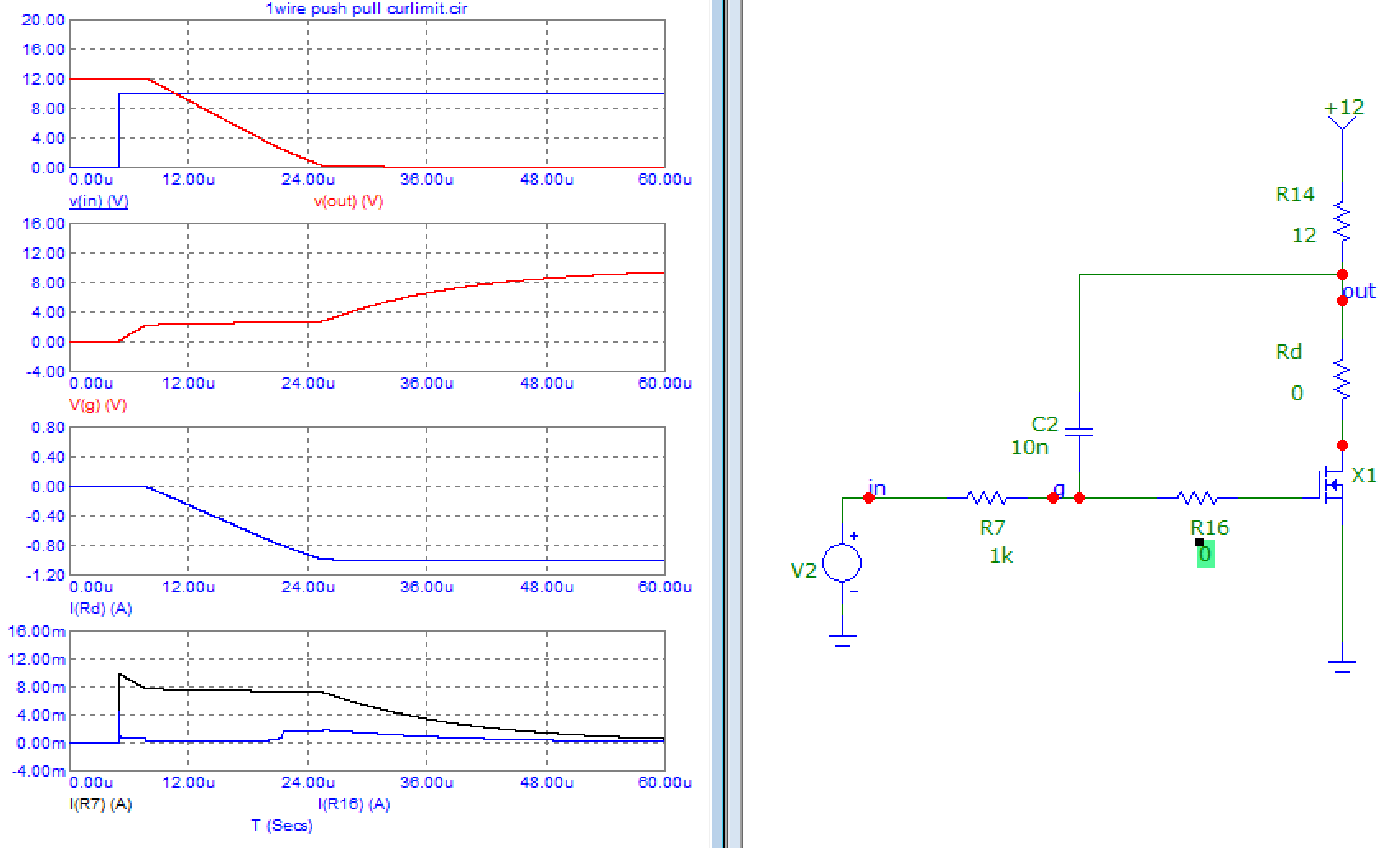 I've drawn C2, and made it much larger than the MOSFET's Cds, to make the gate-drain capacitance explicit.

So, this begins with the FET in the OFF state, so v(out)=Vds is equal to the supply voltage, and load current is zero. When the driver applies a voltage pulse to the gate resistor, first gate voltage rises to about 3V, at this point the FET turns on.

When it turns on, it runs in linear mode. It isn't fully ON yet, so this is not about RdsON, rather it runs as a common source amplifier, with feedback through C2. 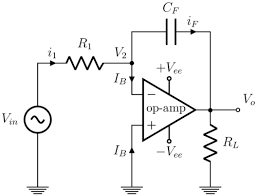 So what we have is just the same thing as an opamp wired as in integrator, the "-" input of the opamp which brings output voltage down is the gate, and the opamp's output is the drain. The difference is the MOSFET is a transconductance device, so it has a current output, while the opamp has a voltage output, but you get the idea.

During this "integrator" phase, Vgs is pretty constant, and Vgs moves.

Once the FET is fully on, it no longer works in linear mode, it's just a resistor, so this feedback system turns off, and we have the next phase of the turn-on which is just charging Cgs and Cds while Vds doesn't move. So, the gate is just a capacitor charged by the driver through the gate resistor which gives an exponential voltage rise just like any RC circuit.

12
Why is the gate charge curve (Miller plateau) of MOSFETs dependent on Vds?
3
What happpens to the Vgs in the Miller plateau region during MOSFET turn-ON?
3
MOSFET Miller effect: length of the gate voltage flat area

12
Why is the gate charge curve (Miller plateau) of MOSFETs dependent on Vds?
3
What happpens to the Vgs in the Miller plateau region during MOSFET turn-ON?
0
Why does drain current stop increasing after a certain value of gate voltage is obtained by a MOSFET?
3
MOSFET Miller effect: length of the gate voltage flat area
5
Driving MOSFET/IGBT - Why Miller Plateau is a plateau?
2
Why turn-on speed of a MOSFET is linked to diode reverse recovery time
0
Miller Capacitance in MOSFET
5
Output capacitance of MOSFET
1
MOSFET gate capacitance near \$V_{gs,th}\$ (miller plateau)?