Will mounting the hub of a fan directly above a heatsink have a big impact on thermal performance? 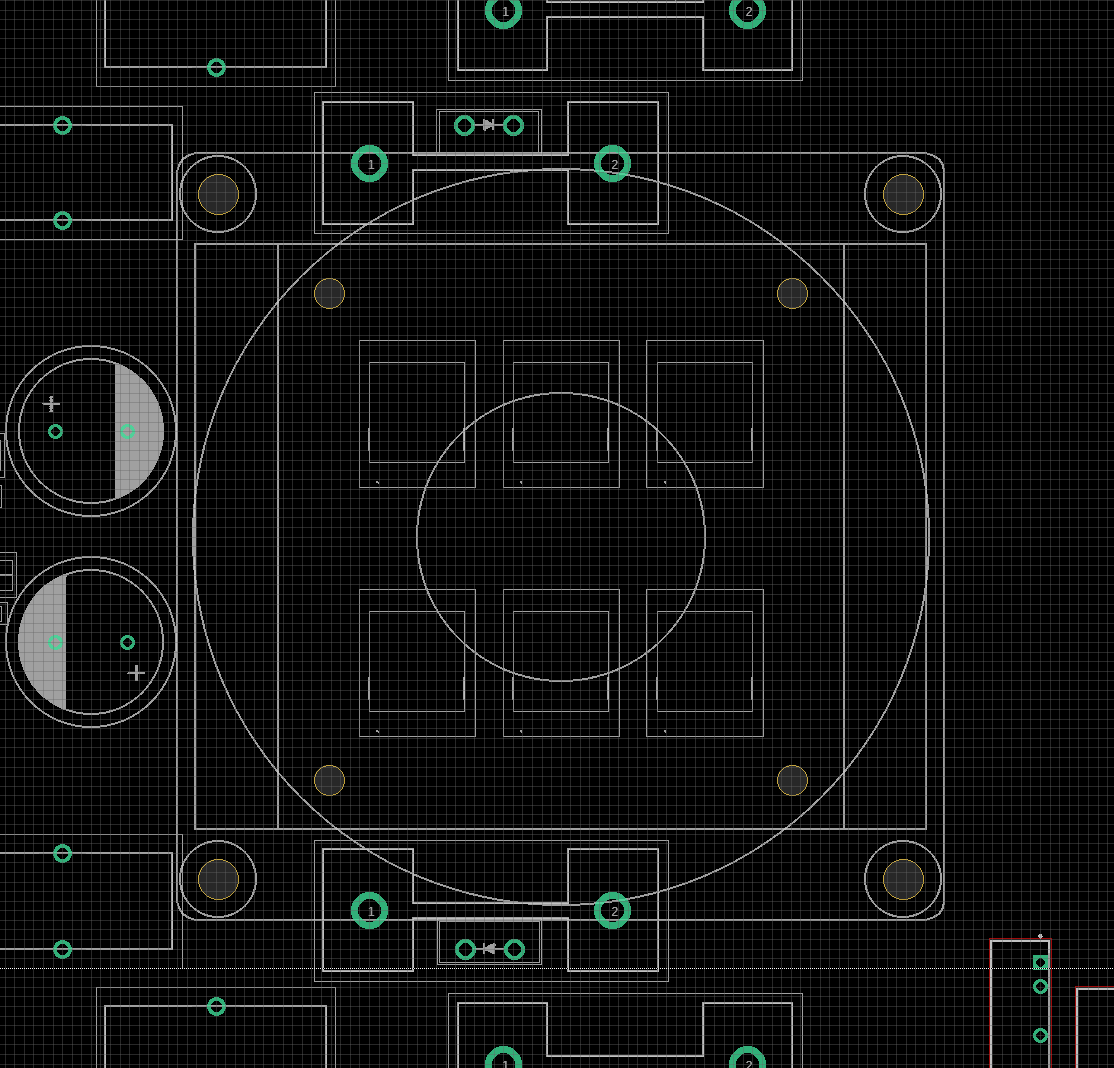 Looking at the PCB layout, the fan hub will take up a good amount of the heatsink area. I assume there will be very little airflow underneath it so I was wondering whether this will be an issue.

Do you think I should find a different place to mount it, or maybe leave a gap between the heatsink and the fan? I'm also unsure about whether to mount the fan blowing up or down.

I swapped the 120mm fan for an 80mm one, which is the smallest size for which the screw holes will fit around the heatsink.

As I understand it:

I suspected that I shouldn't be expecting an actual Rth of 0.6°C/W with the fan mounted above the heatsink, but I was wondering how bad it would actually be. By 'an issue' I meant that the MOSFET's channel temperature would get close to or exceed the maximum of 150°C.

I mounted the fan on top of the heatsink in the first place since that seemed like the most obvious solution and because that takes up the least amount of PCB area. I'm not sure how I would mount it vertically.

Will it cause an issue with your intended design? Yes , several, but not unless you have specs or expectations. Will it cool down? yes but sub-optimal in several aspects.

Air velocity up to 10m/s significantly lowers Rth(ca) while plenum area impedes velocity depending on 3D turbulence or 2D laminar flow exponentially. But you ought to achieve at least 2m/s over hotspot surface.

Recirculating the heat raises internal Ta. High CFM or cu.m./s does not guarantee highest linear air speed over hotspots so is less important than air speed.

Thus max laminar velocity is best over many parallel fins used on CPU heat sinks and max turbulent flow over flat hot spots is best on PCB with a plenum cover works better. Quieter CPU heat sinks rely on optimizing velocity flow with minimum turbulence with load curves by choice of fin thickness and spacing with number of fins. Laminar requires great height or length, turbulence is synonymous with eddy currents in short path gradients so shape matters on the edges.

So for lowest cost and highest noise, directly over a CPU heatsink works well. But a rectangular plenum area of fan diameter reshaped to end geometry with laminar flow exhaust pulling turbulent air from heatsink achieves quiet removal of heat from enclosure. Dell did this with in inline fan plenum to case >20yrs ago for effective cooling and office quiet.

These could be small diameter thick blades but high RPM to match enclosure constraints. (e.g. 1U high) If not possible then a copper heat pipe to same is what is commonly used in laptops.

Unless the board itself gets hot, any airflow outside of the footprint of the heatsink is wasted.

For a center-mounted fan you'd probably do better with a 60mm or even a 40mm fan because you'd have a smaller dead spot in the center.

Better yet if your heat sink has fins mounted radially, so the air has a short outward path as it's blown onto the heatsink by the fan.

Possibly even better yet if you use such a fan mounted next to the heatsink, with straight fins, and a plenum so the air is forced across the fins.

Not the answer you're looking for? Browse other questions tagged thermal fan or ask your own question.

5
Thermal management of MOSFETS in TO-263 package
1
Big heatsink vs. small one with a fan
1
If I lower the volts on a computer fan will the needed amps increase? Im new too electrical engineering (updated)
1
If I use multiple heatsinks in the same enclosure, does the thermal resistance at airflow of each heatsink change?