I have PCB design where there are two pads the may be shorted (manually in assembly) or left as is, depending on the product model. The through hole circular pad is actually for a terminal block. I wanted to maintain ~3mm clearance between CN3 and CN8 since there is at least on case wherein: CN3 is connected (via leadwire) to a 2nd relay's common (COM) pin and CN8 is connected to 1st relay's normally closed pin (NC). I want to isolate the contact lines of two different relays.

However, I also want to make it easier for the worker who will short CN3 and CN8. There is a case wherein CN3 and CN8 are shorted because: In one product model, there is only one relay. In one-relay model, there are "submodels" wherein the NC of relay is accessible to user or not (User access is via CN3 since it is connected to terminal block). So for NC-accessible type, CN3 and CN8 should be shorted by a vertical solder bridge.

We find it hard to do this with a leadfree solder. Our two options:

I am curious about 2. Will adding dead metal affect the designed 3mm clearance/creepage between CN3 and CN8? 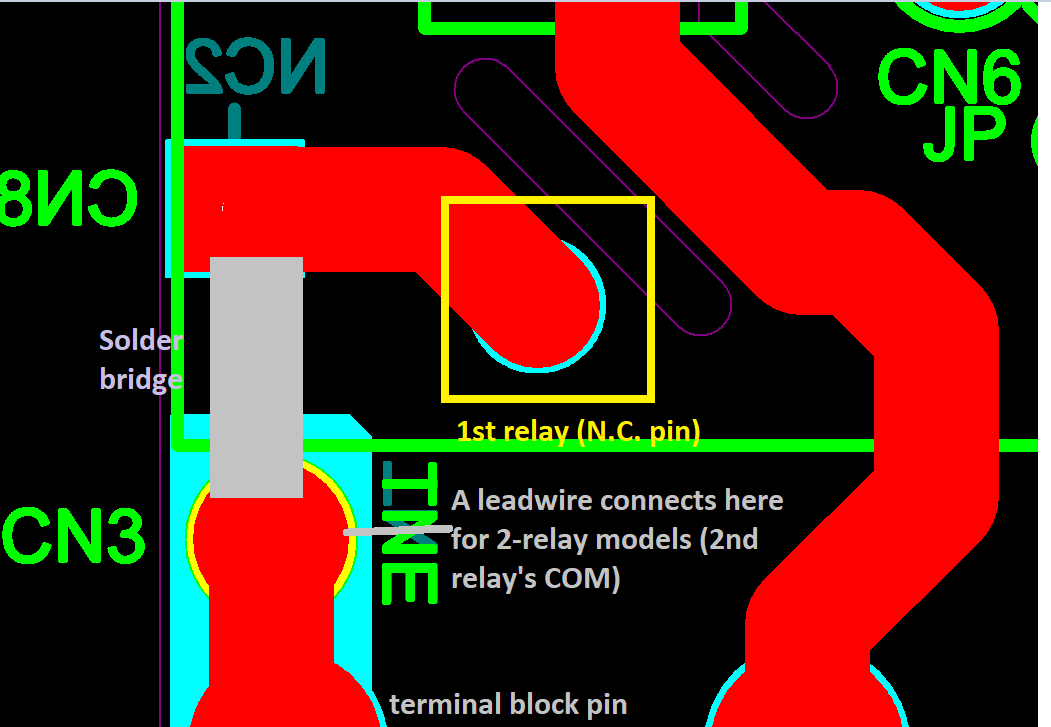 The metal would (at best) subtract from the clearance by its width. It may be worse than that as deemed by safety agencies.

I suggest a through-hole zero-ohm resistor as an option.

Dead metal is conductive and at potential so it reduces clearance. In the standards usually there's also a rule for 'jumping' from live to dead metal to something else.

Not the answer you're looking for? Browse other questions tagged clearance creepage or ask your own question.