I'm trying to achieve a variable voltage supply where the voltage can be tuned by a DAC. The DAC is limited to ~3.3 V, but the design goal for the resulting voltage supply is V_out between 0 and 15 V and current up to 500 mA. 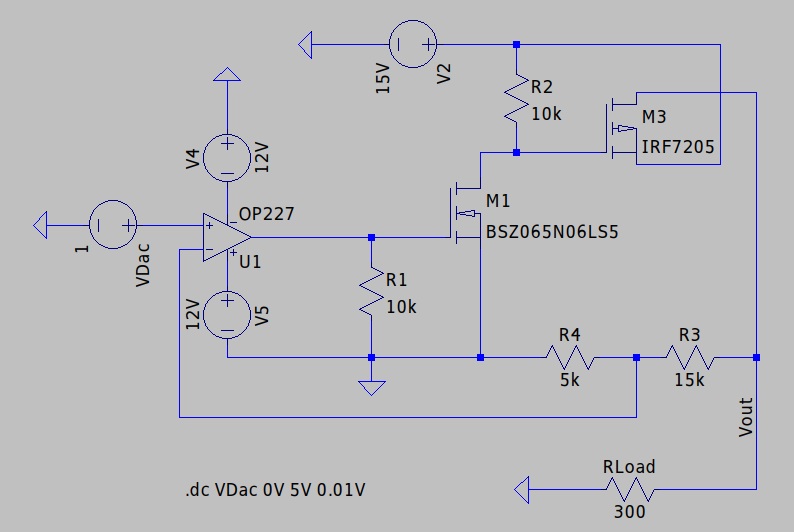 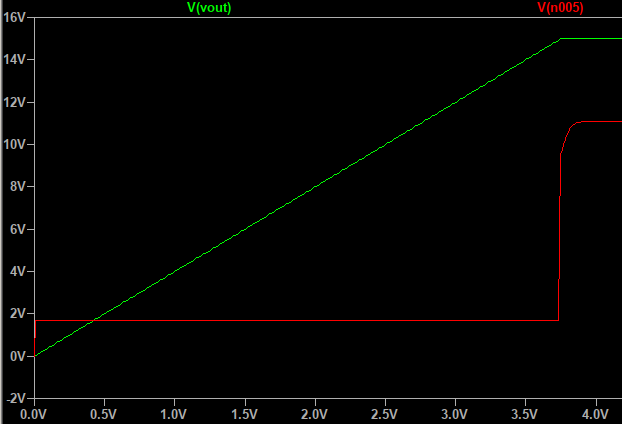 Now I have the following questions:

OpAmps are generally difference amplifiers with super high gain and a built-in low-pass. They become unstable if they still have gain at a frequency where the overall feedback path has 180° phase shift or more. (This is the Barkhausen stability criterion.) Their gain is therefore set so that it falls off to 0dB just before this "instability frequency" (the point with 0° phase margin). If you add external gain, you also increase the gain at this critical frequency. As soon as it reaches 0dB or more, the circuit will oscillate. You can see this in figure 18 of the OP227's datasheet: If you add 6dB external gain (2x amplification), it'll be unstable because the OpAmp will still have gain at the point where it has 0° phase margin (at ~20MHz).

Therefore it is a bad idea to add external gain to most OpAmps; they generally need their feedback network to attenuate, not amplify. Some (decompensated) OpAmps aren't even stable as voltage followers; they're only stable at or above a certain overall circuit gain (i.e. a gain of 2 for the LT1028). Given that you have added not only one, but two external common-source gain stages to an OpAmp that's only barely stable as a voltage follower, it's no wonder that your circuit malfunctions.

In general, an OpAmp's feedback path must not have gain (unless you really know what you're doing and have checked that the OpAmp will be stable with that external gain). This doesn't mean you can't add any amplifying stages to the feedback path, though - it's fine as long as the overall gain of the feedback path is 0dB or less. (A 6dB amplification followed by 6dB attenuation would still work, for example.)

In your case, you should probably replace M1/M3 with a single NPN emitter follower. That doesn't have voltage gain and won't impact the stability of your OpAmp. If you need the output voltage to get close to the input voltage, you have to use a rail-to-rail output OpAmp.

Not the answer you're looking for? Browse other questions tagged mosfet dac voltage-source or ask your own question.