Advantages of I and Q receiver over "real" signals receivers

I wanted to know better which are the main advantages of using an I and Q receiver like that: 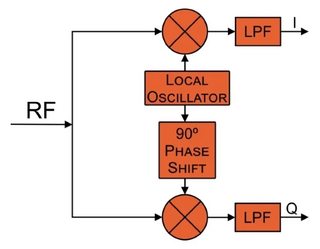 rather than a simple demodulator whose output is a real signal like that: 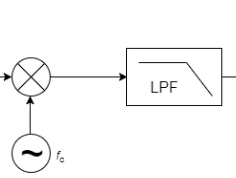 Here some advangages are stated, and they are the heart of my following questions:

DSP relies heavily on I and Q signals for processing.

So my first question is just: is I-Q demodulation applicable only to digital electronics? If yes, why? Can an analog circuitry store a complex time-domain signal (with j term) like $$s(t) = i(t) + j q(t)$$ ?

As far as I'm concerned, image frequencies are due to the demodulators (mixers) non-linearities. Precisely, to the fact that most of them, from a circuital point of view, evaluate the product between the local oscillator signal $$sin(2\pi f_Lt)$$ and the input RF signal $$sin(2\pi f_Rt)$$ instead of simply giving at their output the desired signal $$sin[2\pi (f_L - f_R) t]$$

How will react an I-Q demodulator to the mixers non-linearities? The source seems to say this kind of demodulator completely solves the image frequencies problem.

With this statement it says that I-Q demodulators allow to reduce the sampling frequency because they generate a baseband signal. But isn't that possible also with a "real signal" demodulator?

So my first question is just: is I-Q demodulation applicable only to digital electronics?

See Tony Stewart's answer, above. I-Q demodulation has been applied in other analog contexts, as well. It requires processing on two separate channels, and in many applications those two channels are then summed*, with the expectation that unwanted signals will be nulled out. Due to unwanted gain and phase mismatches between the channels, with analog circuits a practical figure for this nulling is 20dB to 40dB, which limits the applications.

Most of the applications where it does work well are ones that tend to need DSP anyway -- hence, you usually see it combined with DSP.

As far as I'm concerned, image frequencies are due to the demodulators (mixers) non-linearities.

Then you need to study receiver design more closely. A perfectly linear mixer (in the sense that \$y(t) = x(t) \cos \omega_c t\$) will generate an output signal at frequencies that are \$\pm \omega_c\$ the frequencies found in \$x(t)\$. Whichever one of those you don't want is an image -- and the mixer is linear.

You are probably thinking of product mixing, where a mixer that is nominally mixing with \$\cos \omega_c t\$ generates products that are \$\pm n \omega_c\$ around the frequencies found in \$x(t)\$. These can also be considered images -- but the first image is usually from linear mixing.

How will react an I-Q demodulator to the mixers non-linearities? The source seems to say this kind of demodulator completely solves the image frequencies problem.

Look at the block diagram and then do the math. Each mixer element is a plain old single mixer. If you let \$f(\theta)\$ be a periodic function in time that has a period of \$2 \pi\$ but isn't necessarily sinusoidal. Then you can model the mixer as

(Conceptually this is the same as avoiding product mixing in a superheterodyne radio, it's just that because you're mixing down to baseband in one step, there's fewer opportunities for close-in images).

With this statement it says that I-Q demodulators allow to reduce the sampling frequency because they generate a baseband signal. But isn't that possible also with a "real signal" demodulator?

Yes, but it takes more work. Why don't you do the math yourself -- pick a problem, design a superheterodyne frequency chain, and see what sort of filtering and ADC resources you'd need to make it work. Then try it out with an I-Q demodulator. Compare & contrast for yourself, and see what you find.

* See, for example, receivers that use the phasing method or the Weaver method of single sideband reception.

For more technical detailed answers, please search the DSP forum and with use your own focused keywords.

No. It's always been used on Colour TV signals SINCE 1954 and many before

Perhaps he meant using 2 phase modulators may interact being co-channel with sidebands of each, while 1 modulator with the complex i,j signal will not.

In the case of TV the Chroma (Cr, Cb added to make a complex PM on Sub-carrier at 3.58 MHz for NTSC) is interleaved with the lumina, (AM SSB) with audio being FM on a subcarrier.

For TV... In the NTSC system, if the luma is sampled at 13.5 MHz, then this means that the Cr and Cb signals will each be sampled at 3.375 MHz, which corresponds to a maximum Nyquist bandwidth of 1.6875 MHz, whereas traditional "high-end broadcast analog NTSC encoder" would have a Nyquist bandwidth of 1.5 MHz and 0.5 MHz for the I/Q channels. However, in most equipment, especially cheap TV sets and VHS/Betamax VCRs, the chroma channels have only the 0.5 MHz bandwidth for both Cr and Cb (or equivalently for I/Q). Thus the DV system actually provides a superior color bandwidth compared to the best composite analog specifications for NTSC, despite having only 1/4 of the chroma bandwidth of a "full" digital signal.

Another example is the telephony modem which has grown in channel capacity, which I think has grown by a factor of 8 every decade mainly due to the power of DSP's. Modem's have a problem frequency response pair wires, common mode noise, transport delays, echos from return loss in full duplex, exchange latency from buffers and asynchronous transfer mediums. But with DSP's they have an advantage with training to synchronize clock phase/frequency, then equalize group delays and poor amplitude frequency response to improve the SNR which enables them to use complex narrow band quadrature channels with equalization to get more bit's per baud. As a result when Rockwell developed the early 2400 Baud and 9600 Baud modems in a 3kHz upper frequency channel limit they could also equalize and null out more than one echo, while later the software coder/decoder in modems could only do one echo, but was just a free software driver.

All the growth in speed from 200, 1200 Baud to now 30 Mbps in 5 decades or a growth of 150,000x in data rates on the very long pair of copper wires called POTS would not have been possible without DSP's to do the Fourier transforms and spectral equalization for amplitude phase and group delay. This EQ must be done over a very narrow bands with higher SNR's to satisfy Shannon/Hartley's Law for speed and BER. So early 56k/64k modems which were essentially a bunch of stacked 2400 baud channels using more bandwidth with copper wire imperfections EQ'd by the DSP's.

DSP's do the same in modern ADSL and cable modems with many quadrature channels all equalized over small bands to make it possible to reduce the errors in phase+amplitude in that channel or band.

Canada led the world in broad voice/data/TV infrastructure with > 90% market coverage in the early 80's. The US had too many fractured markets and developers. I was lucky to be part of that evolution in 1979 with 100 home trial of a full 2way voice,data/TV ISDN/BB-WAN R&D with Project Ida in Winnipeg using our 1.544 Mbps full-duplex modem designs for data and pay-TV with secure RF converters on the pole ( that worked to -40'C to 70'C, which ) The company was sold 4 yrs later to General Instrument who owned Scientific Atlanta (RF design), also made CMOS semi's et al and popular game machines of the time.

Europe was late in getting started but learned from the mistakes of the US and better standards with more bandwidth than NTSC video and the DS1 data streams with 1/3 higher speed.

Today, the modem cost is as much as my 1st 2400 baud modem! (and the DSP cost/performance has improved greatly)

But today I get 80 Mbps on a highly throttled down cable modem.

Canada didn't have as much time to amortize the costs before upgrades were necessary, so fees are higher than the rest of the world that started when technology was cheaper. The best companies folded from management errors in a rapid tech growth age for many reasons including; bad takeover assumptions that they could lure the engineers to move to Ottawa but didn't. That happened with Nortel's buy of BNR who were slightly ahead of their time, even the Japanese, where they replaced all the quake-damaged infrastructure in Osaka with microwave wireless-digital-voice high-speed data (Mbps) and digital TV and Pay-TV to the homes. ... Many of my friends and colleagues worked there as VP Eng, R&D, QA techs, etc.

So here's what DSP's can do with IQ quadrature signals and many quantization levels (256) for a huge constellation of data points in each band for my 80 Mbps. 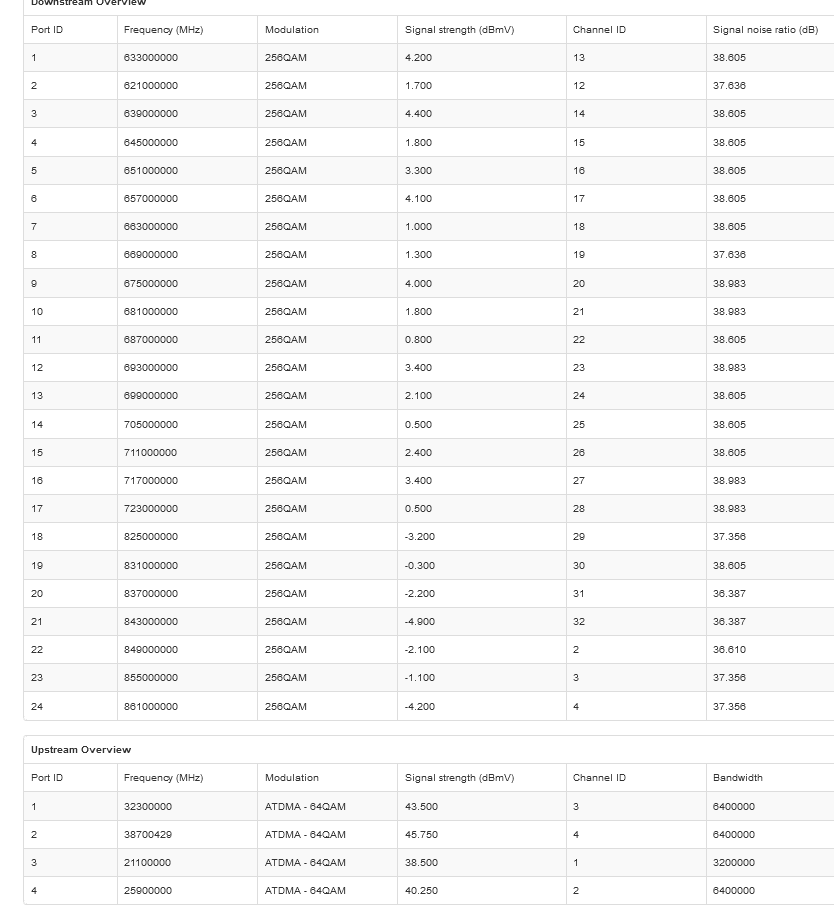 ADSL Modems on naked copper pairs (no voice) are similar and are 150k faster than the 1st modem I used at 200 Baud at U of M. Even at 9600 Baud they had to select pairs in a bundle of 100 pairs to avoid crosstalk between some buildings, back in the early 70's. But I digressed, the latter was RS-232.

2
Shifting Complex Baseband Signal with Pilot Tone
9
Information content of amplitude modulation versus single-sideband transmission
3
How Does FM Get Around the Gabor Limit?
5
Difference between Inphase/Quadrature (I/Q) Mixer and I/Q Demodulator
0
Role of Mixer post Modulation Stage
2
Why is Frequency Conversion Additive in Acoustics Beating, but Multiplicative in Heterodyning?
0
Clarifications about up and down converting mixers
2
Can the intelligence message of an FM signal be cross-modulated onto another FM signal due to nonlinearities?
0
QAM modulation and link to AM, ASK, PAM