I am designing a carrier board for the RPi CM4 Lite (no eMMC) and having trouble understanding the documentation.

The CM4 proved a SD_PWR_ON and SD_VDD_override signal defined as:

The SD_PWR_ON signal is used to enable an external power switch to turn on power to the SDCARD, for eMMC it typically isn’t used. If booting from SDCARD is required then a pullup resistor must also be fitted to default the power to be on. When SD_VDD_override is high, this signal is used to force 1.8v signalling on the SDIO interface. Typically this is used with eMMC memory.

The example schematic in the datasheet and used on the CM4IO board reference design include a power switch (U18) controlled by SD_PWR. This appears to allow the Pi to power down the SDcard. However, we would never want to power-down the SDcard used to boot the Pi and are even instructed to pull this up if booting form SDcard. Is it necessary to implement the switch circuit, or can I simply power the SDcard directly from +3.3V? 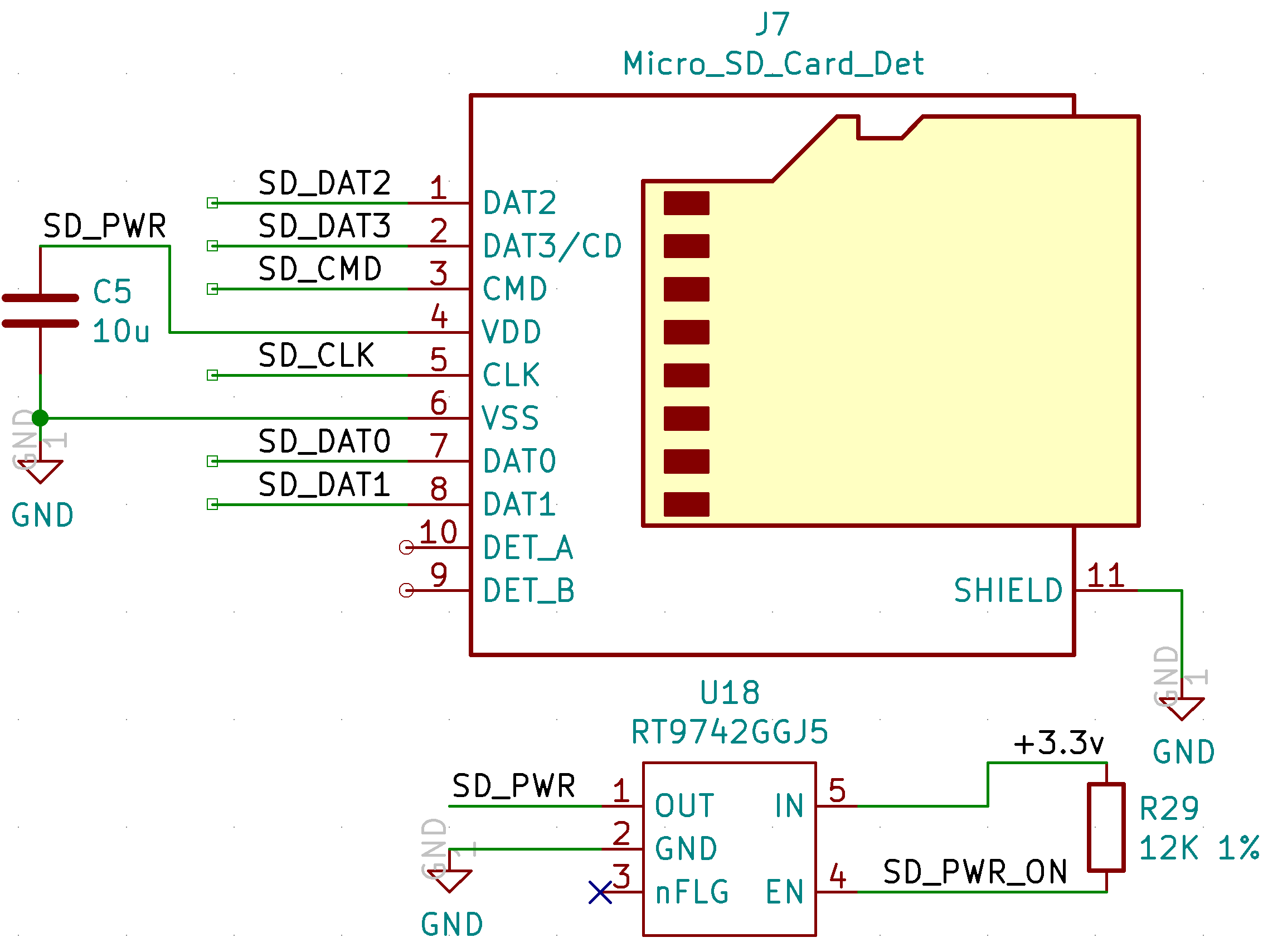 I would also like to understand how SD_VDD_override is used. The CM4IO board does not connect this pin to anything but the datasheet says it is used to force 1.8V signaling on the SDIO interface. Is this an input or an output? Perhaps you pull this high if you are connecting an external eMMC with 1.8V signaling to tell the Pi which voltage to use? I wish they provided a schematic for the CM4 itself to see how this is used with eMMC memory. Is there any situation in which an SDcard with 4-lane serial bus would need 1.8V power? It is my understanding that all SDcards work on 3.3V except UHS-II which need a different connector anyway.

Browse other questions tagged raspberry-pi sd cm4 or ask your own question.