What is this chip, who makes it and what's it used for?

I was cleaning out some junk when I encountered an interesting chip. It looks like a remnant from the Apollo space program with its all-metal body with the marking ADC581B 8533 6686. Next to the 8533, there's a company logo resembling a sine wave, which I initially mistook for the Texas Instruments logo. It's fairly large, around 1.5 to 2 inches long, with a noticeable heft for its size. There are 16 gold plated legs on each side.

I looked all over the web for a datasheet or any information on it, but couldn't find anything. The thought of it being some sort of radionuclide powered device and leading to another Goiânia briefly entered my mind. So far, however, no blue flashes or sparkles. 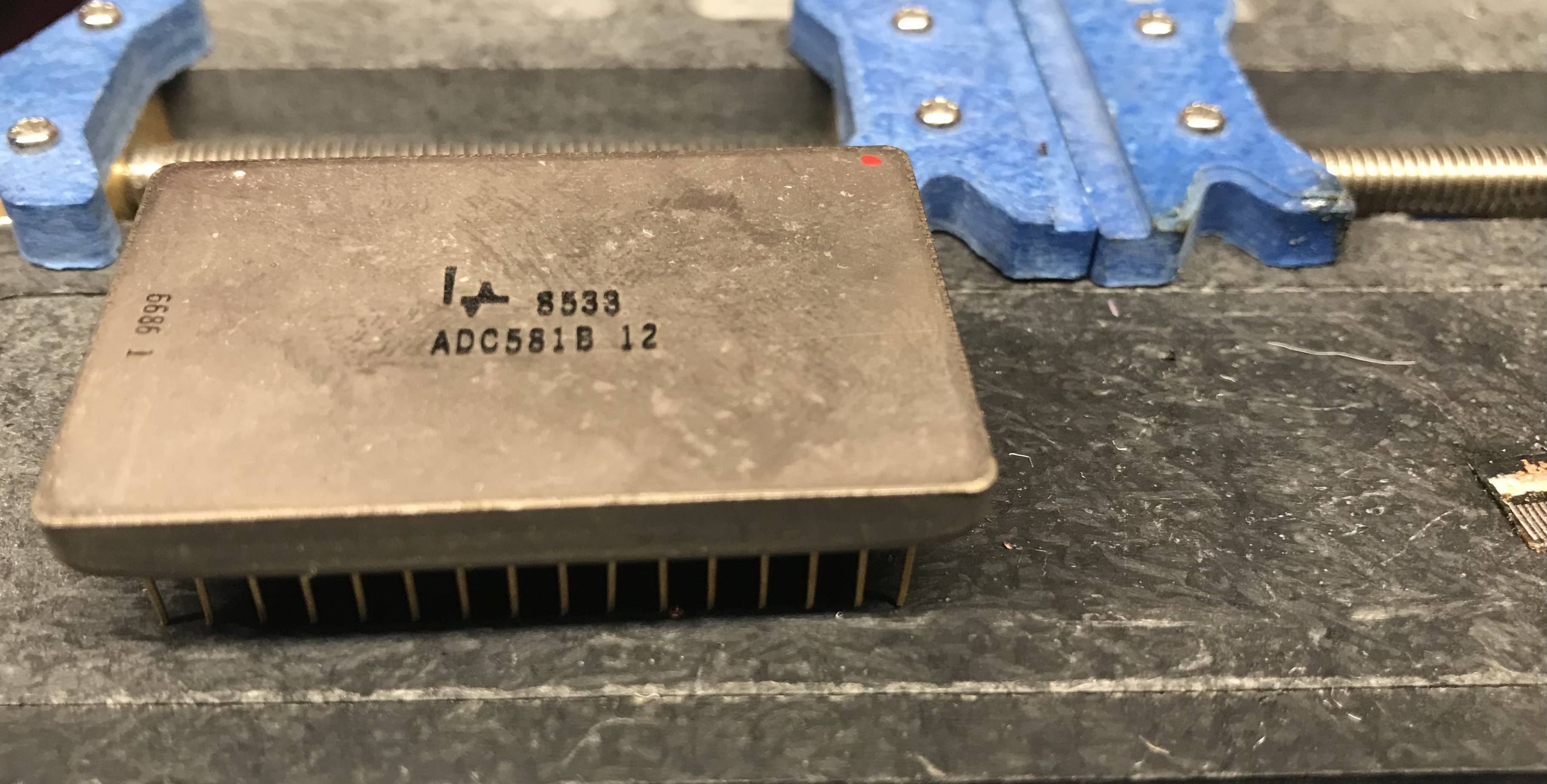 It's an analog to digital converter. Several years after this ad, they changed their logo to the one on your 1985 (week 33) chip. Magazine ad from "Electronics" May 1979. 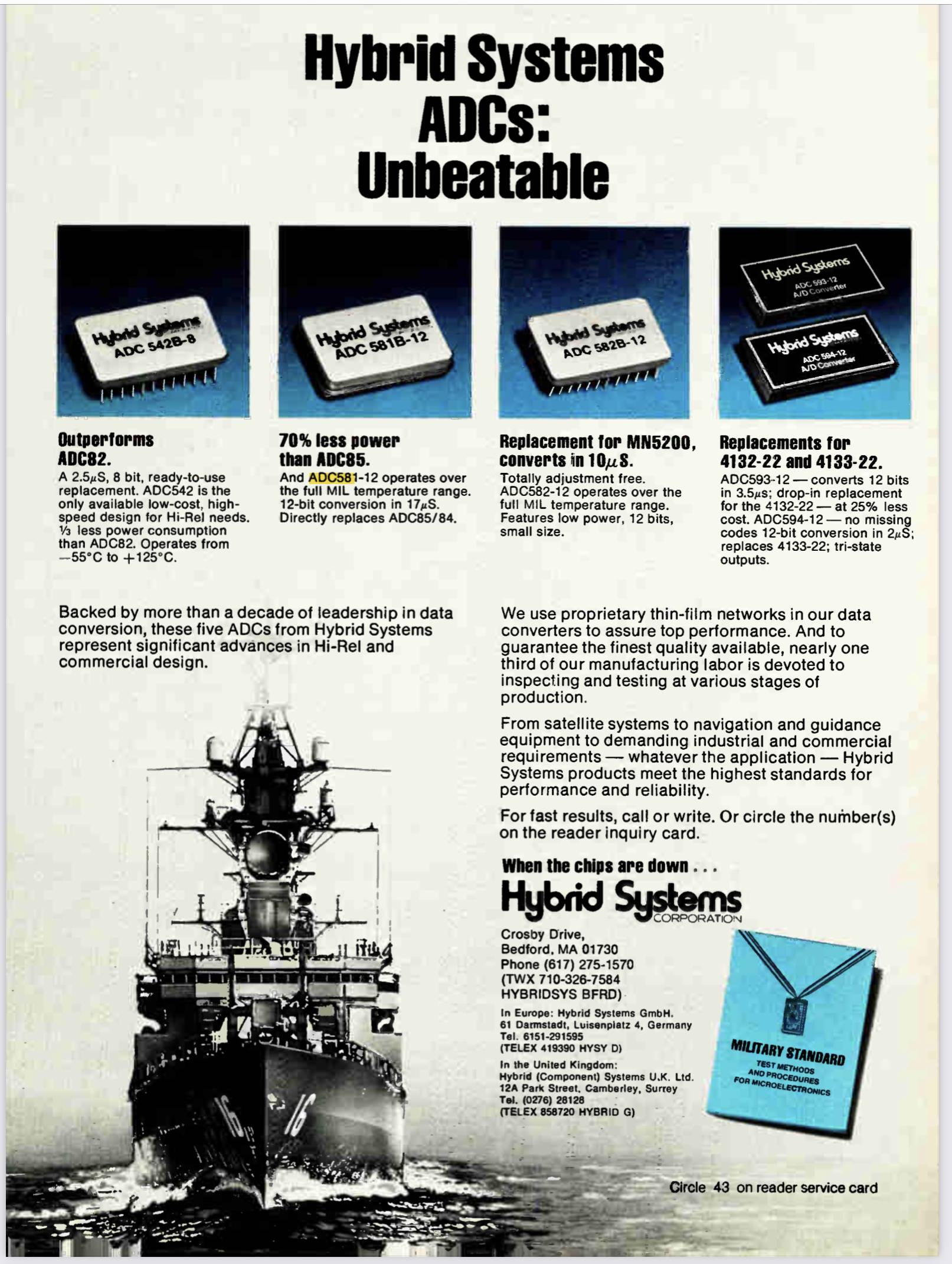 This is a hybrid circuit, meaning that inside the hermetic can is not just a monlithic IC chip but a sort of ceramic (alumina) printed circuit board, typically containing multiple semiconductors (often bare wire-bonded dies), perhaps some passives similar to modern SMT parts, and resistors made by directly depositing thick film (printed) and/or thin film (deposited) resistive elements on the substrate (and firing them in an oven at relatively high temperatures- which, along with dimensional stability- is why the ceramic, and optionally trimming the values using abrasive or laser methods). Image from this web page: 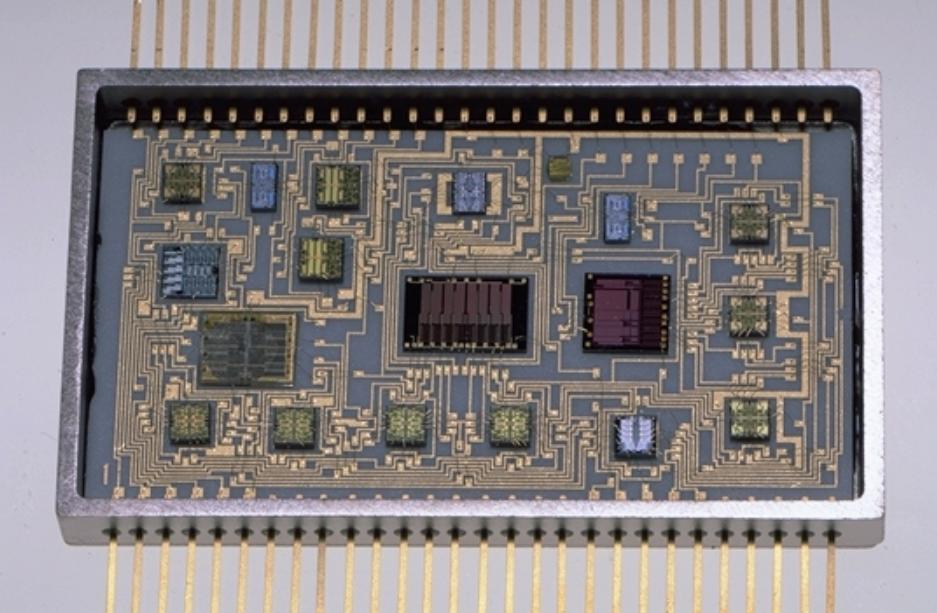 The Electronics magazine advertisement says they are using thin-film networks for the critical resistors (probably an R-2R network with about 24 resistors) which means they would sputter or vacuum deposit rather than print those elements, and then they would trim them to get the required tolerances. Today that all can be done on a single IC chip, including the trimming and thin-film networks.