I am attempting to connect an Astro A50 bluetooth headset via its own basestation's analog(ue) combined line input/output (4-pole CTIA socket), using an OEP A262A1E audio transformer (inside an A262CAN screening can and also inside a metallised instrument box) to isolate and balance the mic signal for improved CMRR as it is fed into the audio mixer. The headphone signal comes from that same mixer. I am hearing a crazy amount of 'data' noise on the mic signal (that's fed back into the headphones), and I have tried a bunch of different grounding strategies to try to reject/reduce it - see the attached sketch for the wiring diagram: 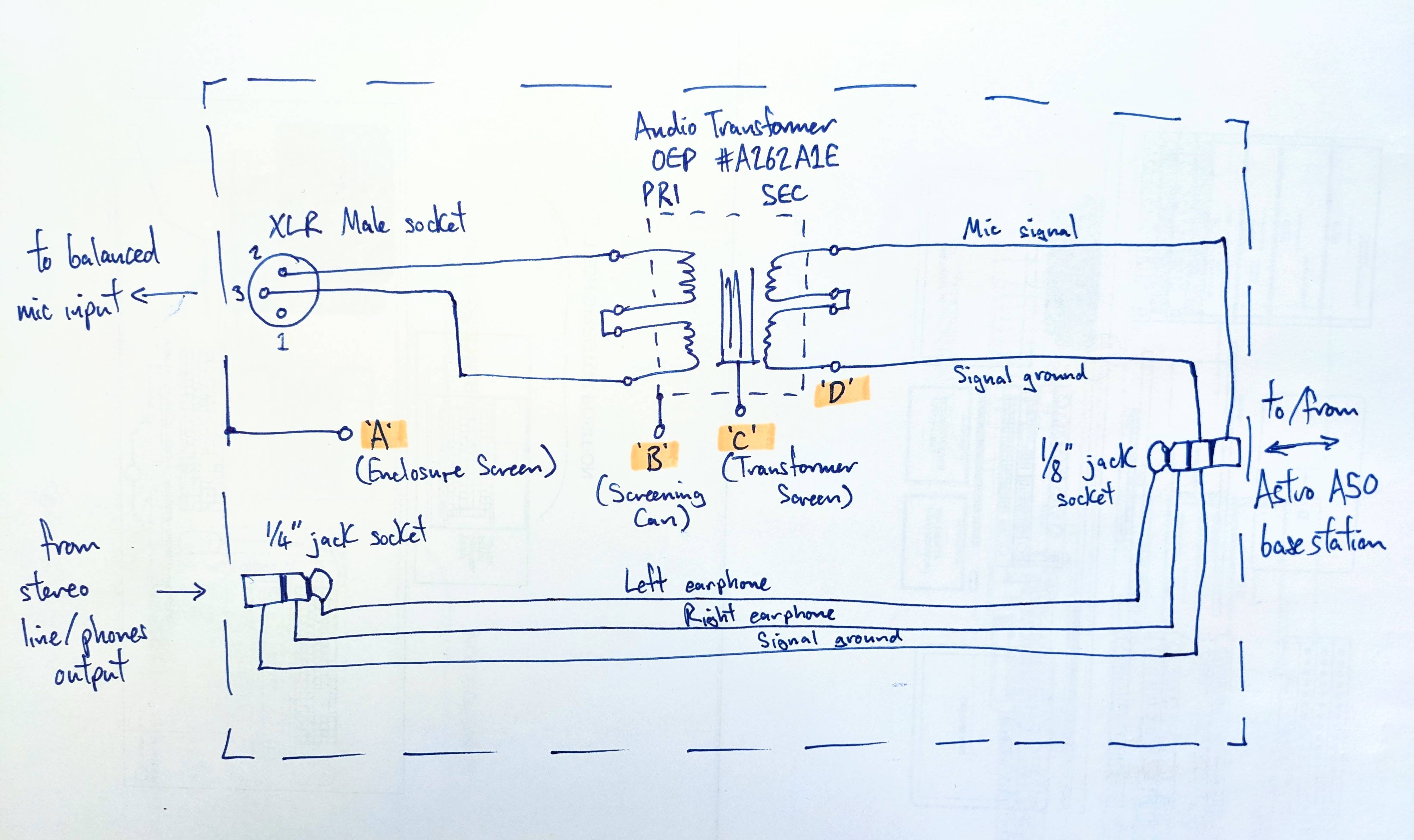 All four of these strategies sound the same in the earphones - wideband noise across the whole audio spectrum (checked with an 20Hz-20kHz spectrum analyser), which is periodically modulated by regular clicks; it just sounds like data noise rather than hum/hiss etc. The Astro A50 basestation is powered by USB and (annoyingly) has to be powered by a PC as it won't wake up unless it talks to an operating system, so it can't be run off a 5V phone charger or (battery) power bank. So, we have both the PC's ground and the mixing desk's ground in play when the headphones are fed from the mixing desk...

There is a single instance where there is NO such noise on the mic signal, which is when I plugged my (mobile/cell) phone into the headphone socket, running off its own internal battery. The mic signal into the audio desk was clean, and the music played off my phone into the headphones was also clean, and there was only a single electrical ground being used, which was from the PC powering the headset base station. So I guess it could be a ground-loop issue? Any ideas?

[I used to be super hot on this sort of thing, twenty years ago... In fact this transformer was carefully desoldered from a different, unfinished circuit that I made in 1994!] 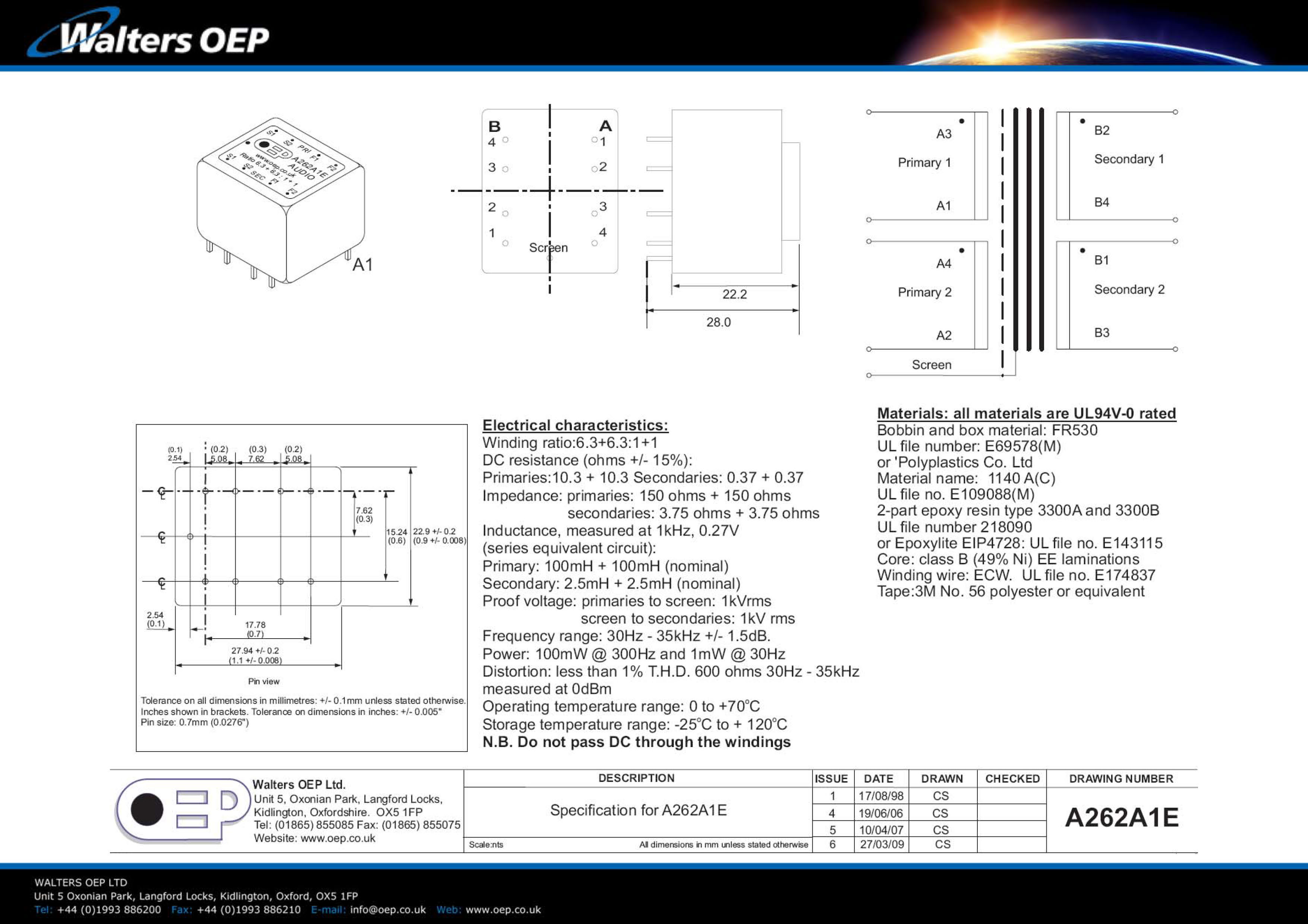 UPDATE: I have finally found that the awful noise is being passed from the PC that powers the base station, via USB, and the base station has abysmal filtering (if any) on the incoming DC power. As soon as I power the base station from a laptop that's running off its internal battery, the wideband, modulated noise goes away. Plug in the laptop's PSU and the noise returns. What a truly awful analogue signal path decoupling from digital and power lines! 🤦‍♂️ /UPDATE

Not the answer you're looking for? Browse other questions tagged transformer analog noise bluetooth microphone or ask your own question.