I have a high-end motherboard (Asus WS Z390 Pro) out of warranty. My bios looses its settings everytime cut-off the power. I found out something is draining the battery way too fast.

I decided to desoldered the CMOS BIOS IC, it's just an SPI flash (W25X20CL). After that, it's still draining the coin battery, that means the IC isn't the culprit.

I plugged the battery cell and I could see the voltage dropping very quickly, more than 10mV/s with the voltmeter.

I'm now investigating, I know the problem doesn't come from the CMOS chip since it isn't present on the board anymore. 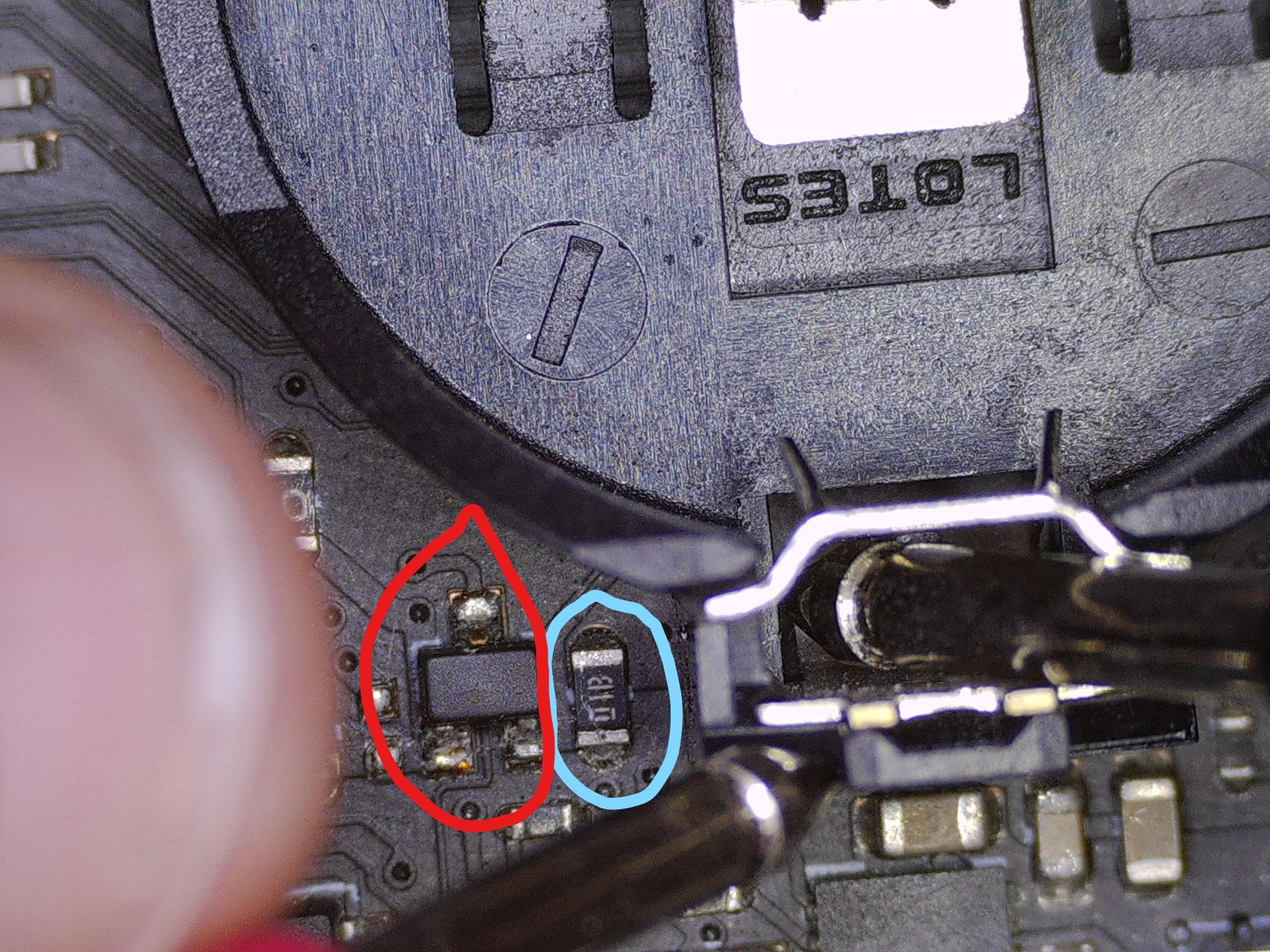 Also, do you have an idea of the schematic of such circuit? I thought the battery cell wasn't connected to anything else other than the CMOS/BIOS IC via a diode but since I de-soldered it, nothing should drain current anymore, but something's left.

I'll try to inject 3.3V with a current-limited PSU because it has drained out 3 of my batteries in 5min of testing...

The blue component is a 1Kohm resistor, the red component L43, from https://www.s-manuals.com/smd/l4, it seems to be a Schottky dual-diode BAT54C.

The red component, SOT-23, marked L43 is BAT54CT, dual-diodes. This component was dead and kinda shorted on all the pins (<5ohms). I injected 3v instead of the battery and the voltage was then redirected to the main 3.3v inducing a 3mA current.

I replaced it and it works now. The current went back to single digit uA.

Thanks to all the commenters who helped me! 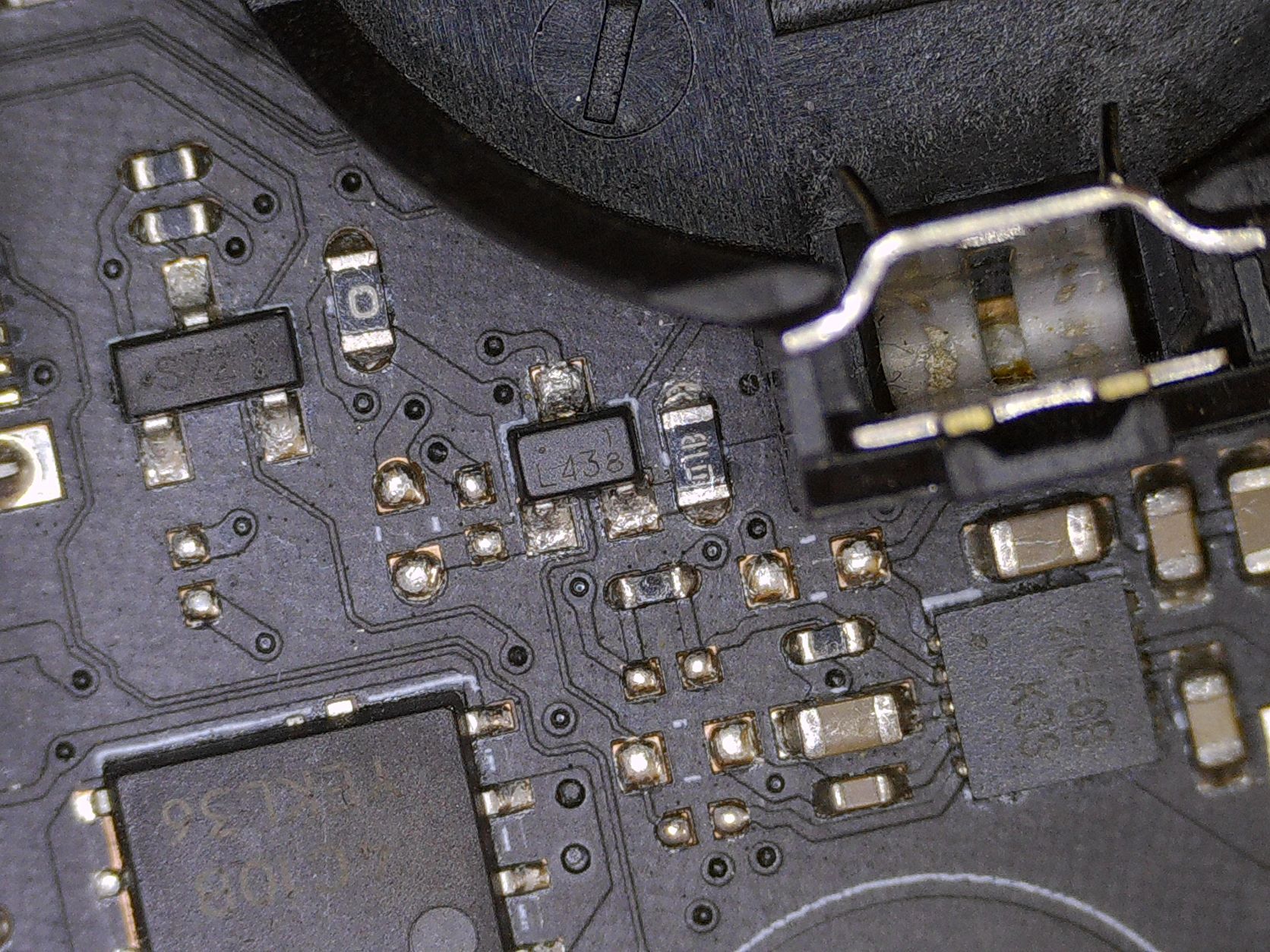 Not the answer you're looking for? Browse other questions tagged identification repair cell-battery motherboard or ask your own question.

8
Coin cell battery for Bluetooth?
1
Using/Substituting a Coin Cell Battery
18
Lithium Coin Cell CR2032 battery specifications
1
Parallel external supply to CR2450 coin battery
1
What the name of this coin cell battery and its holder?
4
Why 3 wire CMOS coin battery?
0
If cells in series are mismatched in capacity, will the capacity tend to even out?
-1
Identify RTC CMOS battery connector
26
Laptop motherboard not working, quiet clicking noise