I recently purchased this STM32 Discovery Board in an attempt to start learning STM32 microcontrollers. Things have been going smoothly due to the CubeMX + HAL libraries. However, I'm absolutely struggling to get SPI working with this MAX31855 chip which I've previously had success with on different microcontrollers. 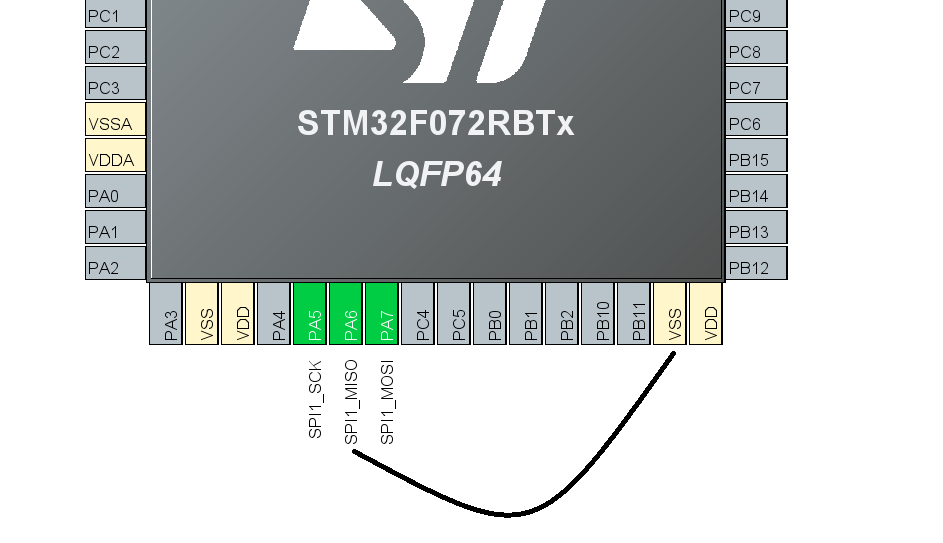 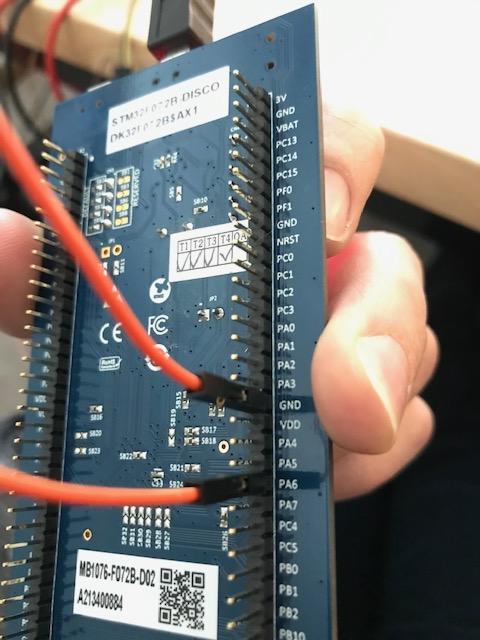 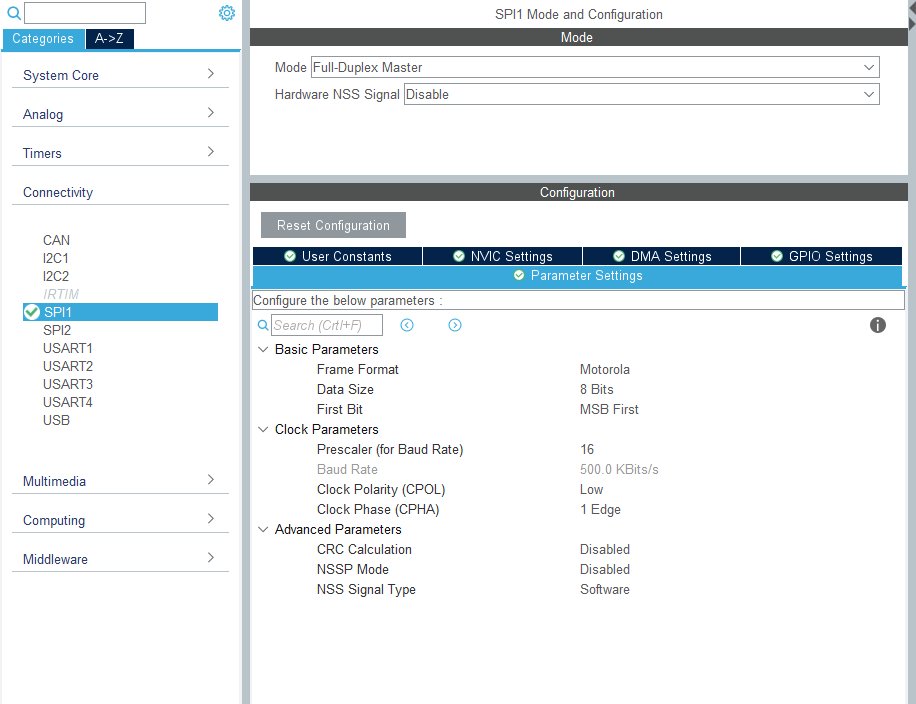 I'm now ready to confirm that I'm reading 'all zeros' in on the MISO pin.

In the main.c file, I've added a simple call to the HAL_SPI_TransmitReceive function. I'm really only interested in the receive data. However, when I run this, you can see from the watch window that the RXData gets read as all 1's.

Further, the status value returns "HAL_OK" which makes me assume no obvious error has occurred. I initially thought that the polarity was reversed, so I tied PA6 to VDD but still received all 1's. To me this indicates that the MISO pin is not reading inputs.

So I'm curious, what exactly is going on? This is an extremely barebone test and it is resulting in weird behavior. Is it possible that that the MISO pin has some other configuration getting applied to it by default? However, there's nothing in the autogenerated code that would indicate PA6 is getting configured elsewehere.

The MCU pin PA6 is by default used for capacitive sensor so it is not connected to the pin header. Solder bridge SB29 must be shorted to connect it.

Same thing for SB30 if you want to have PA7 too.

These are explained in the board user manual and can be seen from the schematics too that there are solder bridges for configuration.

Not the answer you're looking for? Browse other questions tagged stm32 spi or ask your own question.