I am searching for a non-technical picture or diagram or explicit textual instructions explaining how to wire a GY-521 Accelerometer/Gyro to an Arduino Uno R3.

I am a software developer and need something that doesn't assume that I know how to do it already. Searching Google has only found diagrams that I can't read or textual instructions where the terms don't match up to the names on the pins on the Uno R3.

I don't know what they are talking about ch1 Tx and Logic Level Converter.

The version of the board I have is +5V compatible using the +5V from the Uno as it has a voltage regulator on it already. 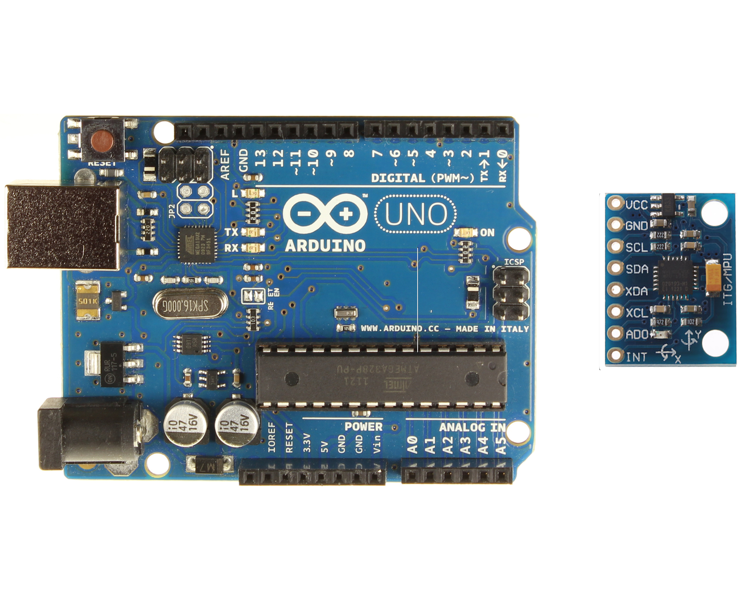 I presume you have seen this page. If not it's probably a good place to start. All you should need to do to talk to that GY-521 chip is to hook up the I2C pins. On the Arduino UNO R3, you can see these pins, which are named SDA (for S erial DA ta) and SCL (for S erial CL ock), labelled on the back of the board, as depicted in this photo from the Arduino informational page for the board. 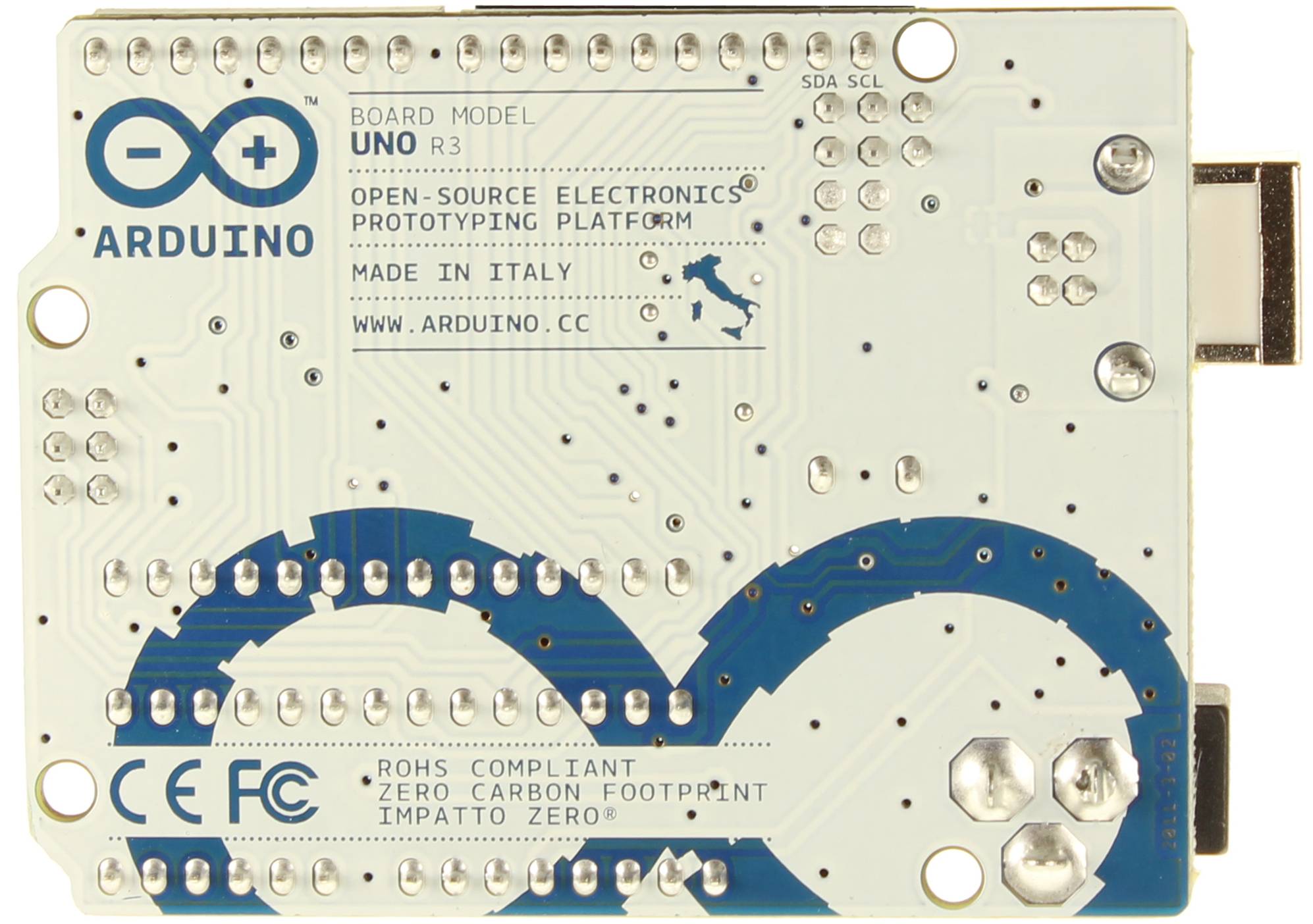 You will also need to connect GND (which means Electrical Ground in electrical speak) between the GY-521 and the Arduino UNO, and you will need to 5V (which means positive five volts) to the sensor module.

Now, I think based on this schematic: 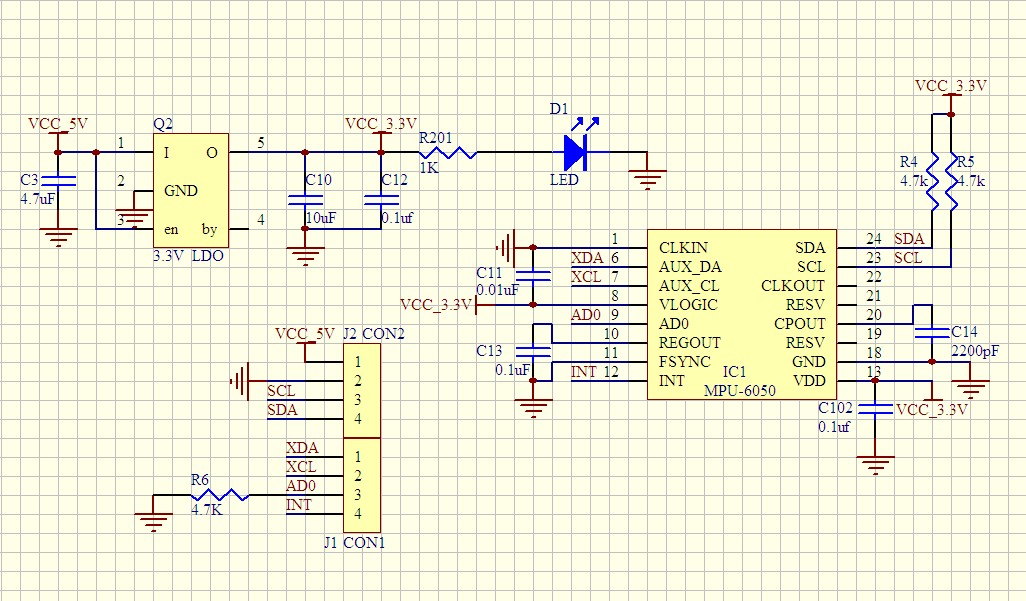 ... that the sensor module actually operates at 3.3V, so you will probably run into some voltage level problems making the two devices communicate. Luckily, this problem is easily solved with a couple of transistors as described in excruciating detail on this page (and various answers to similar questions on this site).

3
Logic Level Converter, Arduino and Cellphone
42
How to connect multiple i2c-interface devices into a single pin A4 (SDA) and A5 (SCL) on Arduino?
0
Making an Ammeter using Arduino Uno
0
I2C Communications with Arduino
1
LSM9DS0's Accelerometer not reading correctly
1
interfacing a Stratologger altimeter with an Arduino Uno
6
Arduino: Reliable and practical way to connect an I²C device (1 m away)
0
First Arduino Board Design
3
AD5693 digital to analog converter