While trying to understand the internals of op amps, I tried to implement a 741 circuit from Wikipedia in LTspice like this: (hooked up as 4x non-inverting amplifier, 0 and 24V supplies, some light output loading) 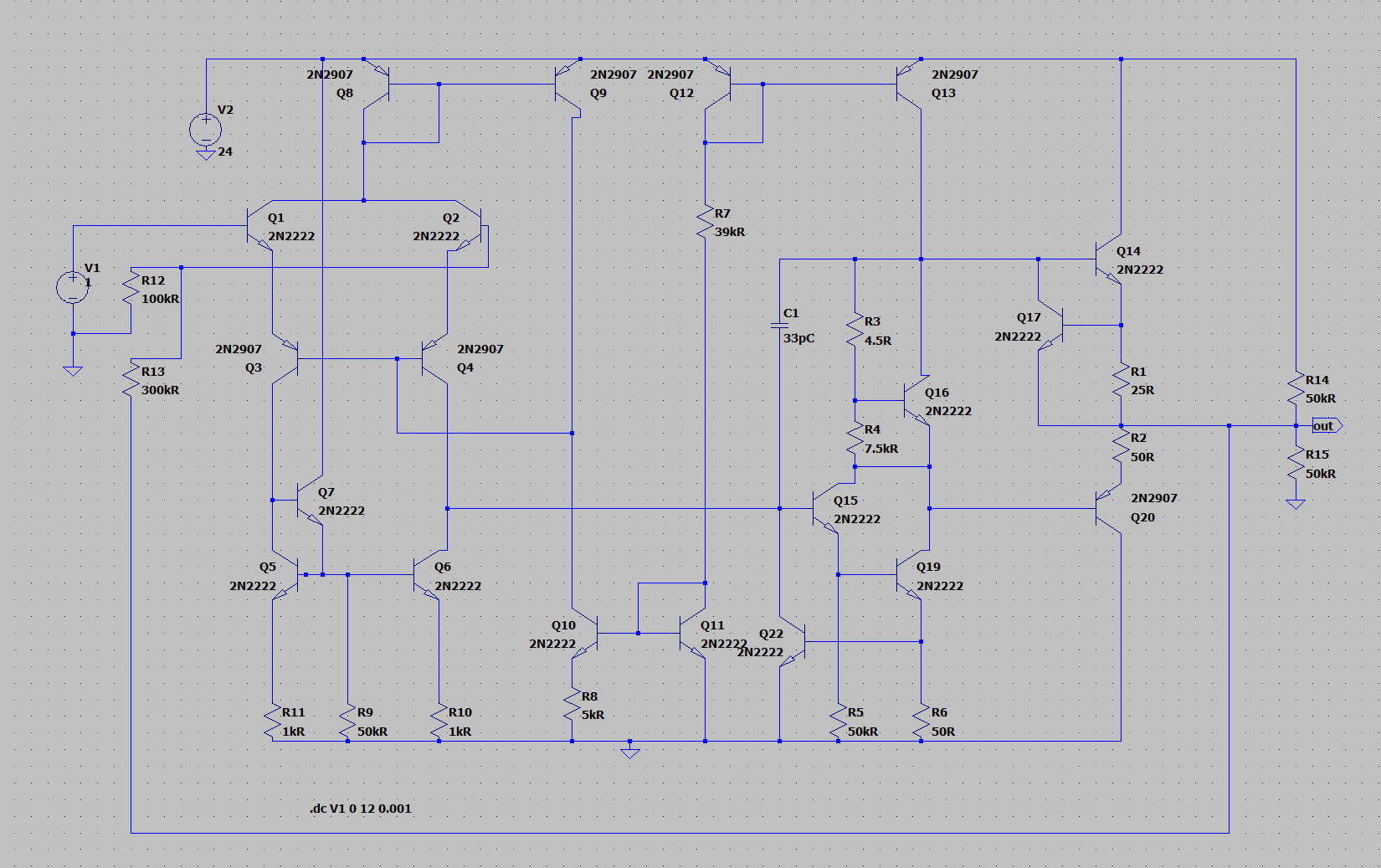 Well, the gain of 4 is visible at least. But while I certainly did not expect rail-to-rail performance from this circuit, the output bottoms out at 7.12V, and that just seems unreasonable to me. Just to be sure, I tried increasing R14 and R15, but that's not it. Since the output is apparently not really being pulled down, I tried removing Q20, and to my surprise that made no difference. I'd post the DC sweep again, but it's indistinguishable from the one above.

But surely Q20 is there for a reason. Perhaps I wired this up wrong or made some other mistake?

Just to make sure, I independently rebuilt the 741 circuit in a different simulator, not that I'm blaming LTspice of course, but to minimize the chance of me making making the same mistake twice, perhaps due to not understanding the tools. Apologies for the layout and numbering differences. 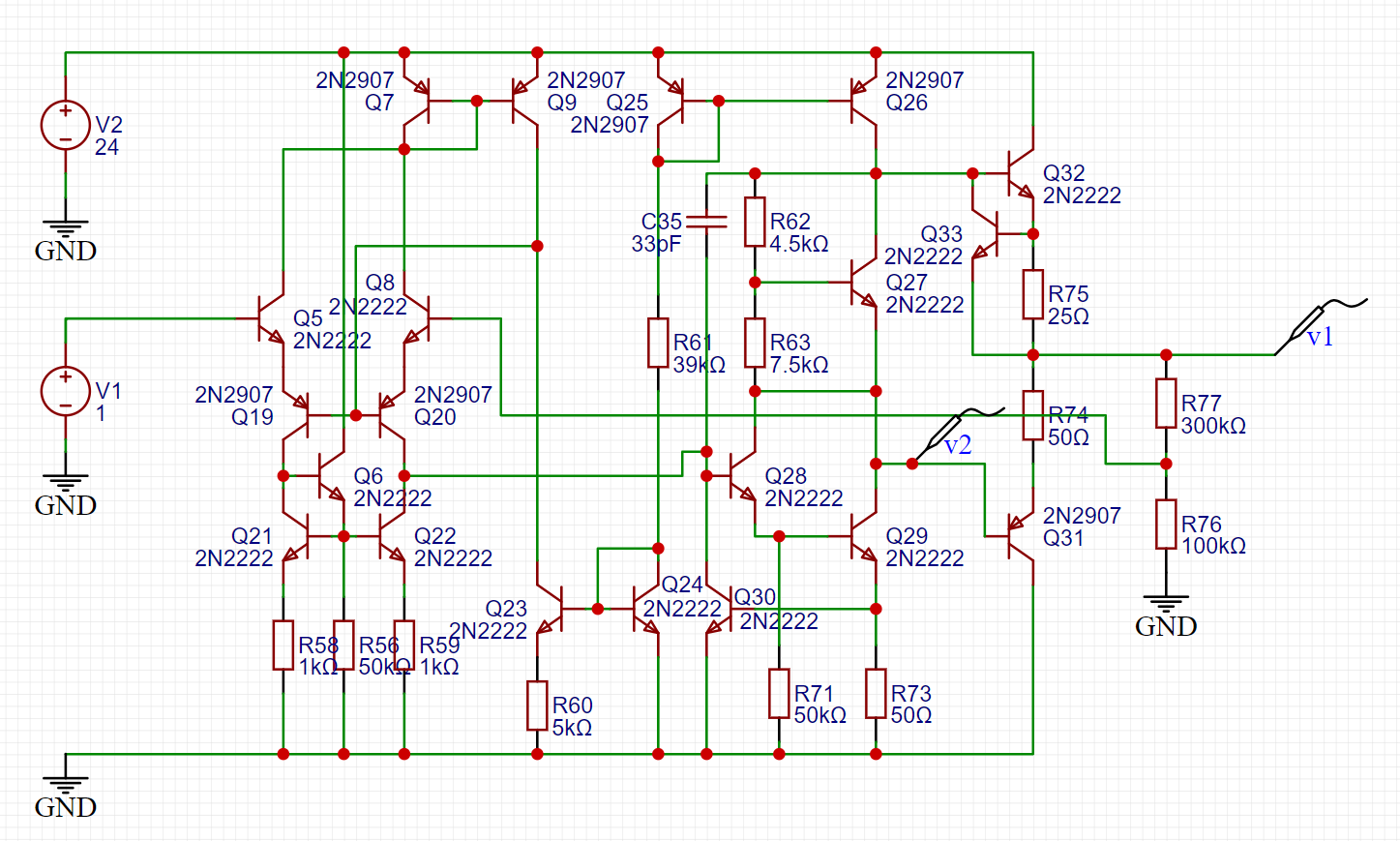 The exact numbers come out a little bit different (well I didn't put the resistors between the output and the rails this time), but qualitatively the result is similar (orange/brown line is output) 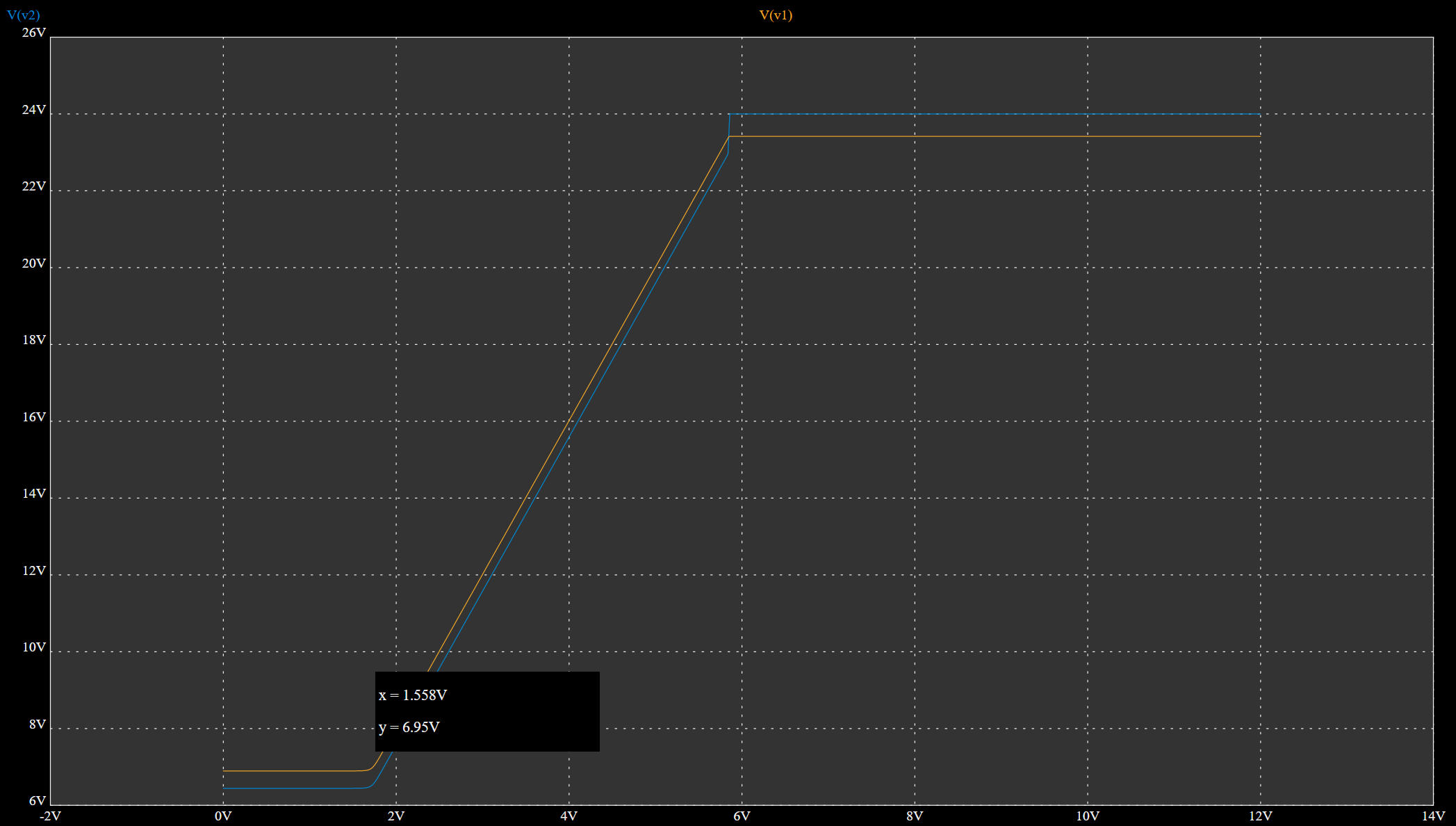 So, what's going on here? Did I implement the circuit incorrectly both times? Is this actually the right result after all, and the circuit is just that bad? Did I get bitten by my naive assumption that I can just arbitrarily put 2N2222 and 2N2907 as a kind of "default" BJTs?

Not the answer you're looking for? Browse other questions tagged operational-amplifier bjt 741-opamp or ask your own question.

6
Basic 741 Op Amp Question
0
Why does an op-amp in this simulation not produce a large voltage swing?
0
Schmitt trigger with 741 op-amp not behaving as in simulation
0
741 Op. Amp.: Inverting input connected to output (pin 2 connected to pin 6). What does it mean?
1
Why does the 741 op-amp saturate to the top rail when inputs both grounded?
2
How is the 741 op-amp output protected when shorted to V+?
0
How to improve slew rate of LM741?
0
Why would a 741 op-amp circuit saturate, and can it be fixed?