Here is the screenshot of the signal while the probe is at 1x:

When the probe is at 10x, the amplitude of the signal is around 380 mV.

Here is the screenshot of the signal while the probe is at 10x:

I'm not sure if the signal is measured correctly since the bandwidth of the oscilloscope and probes is 100MHz.

What is the actual amplitude of the signal?

If the measurement is correct when the probe is 10x, the amplitude of the signal should be 380mVx10=3.8V. 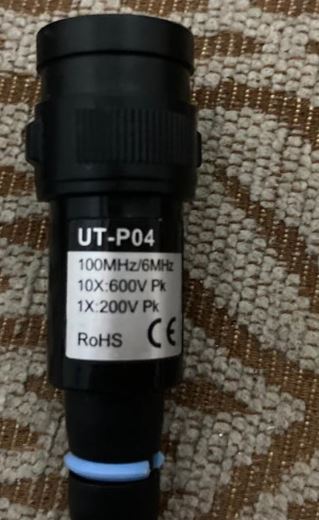 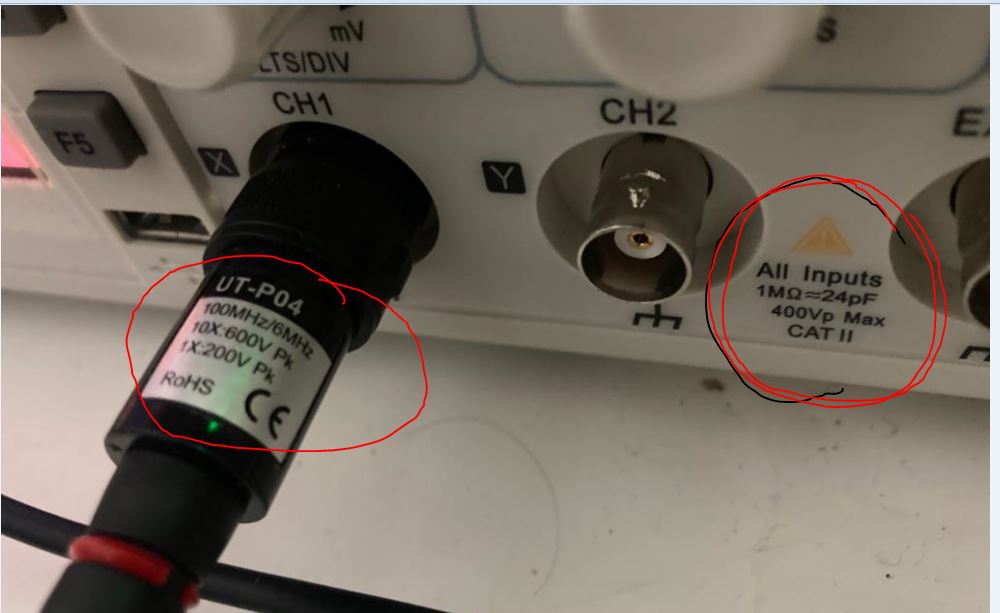 I am attaching the circuit diagram. 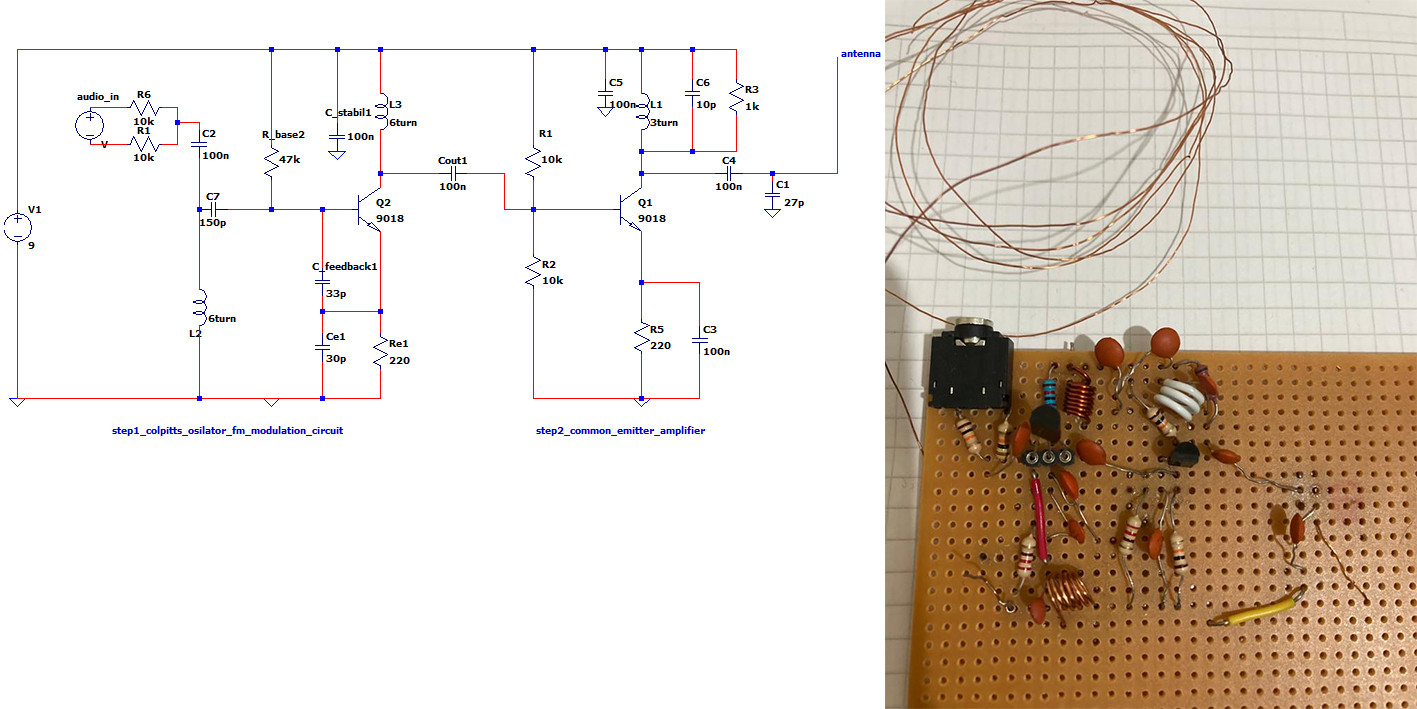 These are a few observations with assumptions due to lack of design details.

Although my design is simple, by changing your design specs, for Vpp, Zo, Imax and THD, you can get a decent square or sine wave by changing R ratios and bias for symmetry.

This one is > 9V square wave. with the right transistor and probe methods.

At x1 setting, the input capacitance of your probe is likely to be in the 100pF range when coupled to an oscilloscope. Depending on your amplifier circuit (you don't show a schematic), you could be severely loading the amplifier output and causing extra loading on the oscillator circuit due to Miller capacitance of your output amplifier. Plus, at x1 setting, the bandwidth of the probe is likely to be around 10MHz (couldn't find any data on your probe, so numbers are from a Tektronix P6129B probe manual).

At x10 setting, the probe capacitance is like to be in the 18pF range which will provide less loading on the output of your amplifier. The x10 setting on your probe is likely to be more accurate, but since you are so close to the bandwidth of the measurement system, the output voltage is likely to be higher than 3.8V.

To make things more complicated, a x10 probe's impedance has a complex nature. The following image is the input impedance of a Tektronix P6105A 100MHz, x10 probe. You can see that the impedance at 100MHz is Rp=400 ohms in parallel with XCp=200 ohms (8pF). Thus, the x10 probe may have significant loading on your amplifier at 100MHz (depends on your amplifier design). 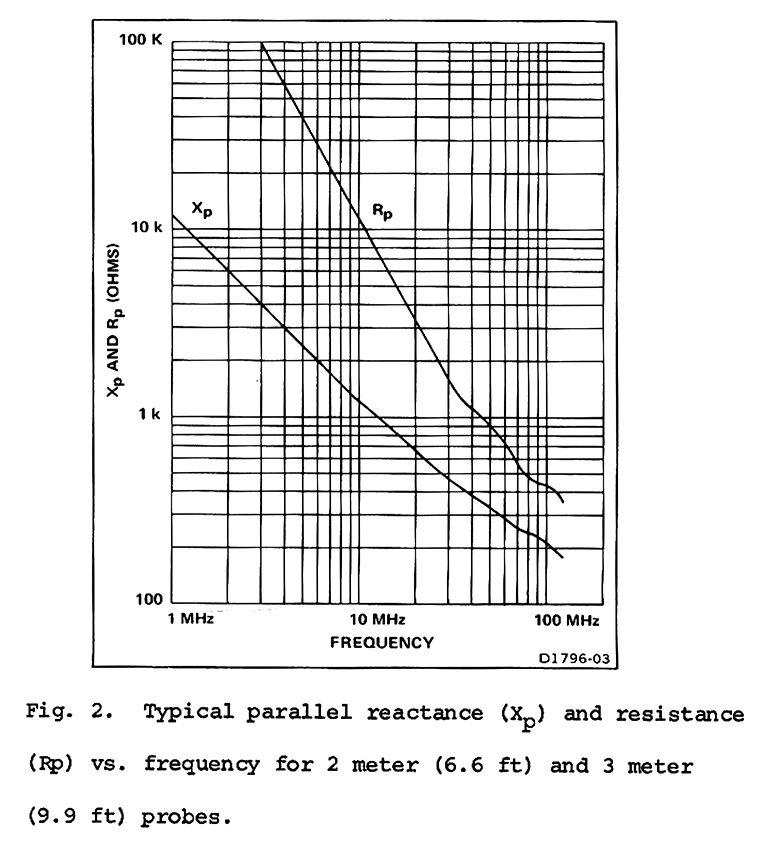 You are falling into the same trap I did: Help with 144Mhz small signal amplifier not amplifying

Main issue is the scope probe loads down the circuit. To avoid this I used a resistor divider and put the 10x probe on that and used that to measure the circuit, both input and output. This gave me a relative value that could be compared, and it was more accurate since the probe wasn't loading down the circuit.

Not the answer you're looking for? Browse other questions tagged amplifier rf oscilloscope bandwidth probe or ask your own question.

7
Not able to read SPI signal with digital oscilloscope
7
Why does reversing the oscilloscope probes cause ringing in the signal?
1
Measuring RF and heterodyned frequencies
3
Rigol DS1052E Oscilloscope acting wierd
0
Common emitter bandwidth and probing
1
How to measure high frequency with an oscilloscope without loading circuit down too much?
0
Is the peak to peak amplitude of a NTSC composite signal always the same?
0
Oscilloscope impedance mismatch issue