I built a Hartley oscillator using an LM358 powered from a single rail of 5V. I used two identical inductors with inductance of 1 mH, a 0.01 uF capacitor, and 10k and 47k resistors for amplifier gain. I noticed that the oscillation does not start by itself, but if I give a voltage kick of 5V to the op-amp inverting input, then the oscillation starts and sustains, but the waveform has a lot of distortions. I thought Hartley oscillators are supposed to be self-starting. Any idea why the circuit is not self-starting? And how can the waveform be made more sinusoidal?

PS: the oscilloscope screen was when the capacitor was 10 uF instead. When I was using 0.01 uF, the discortion was even worse and the spike was more prominent. 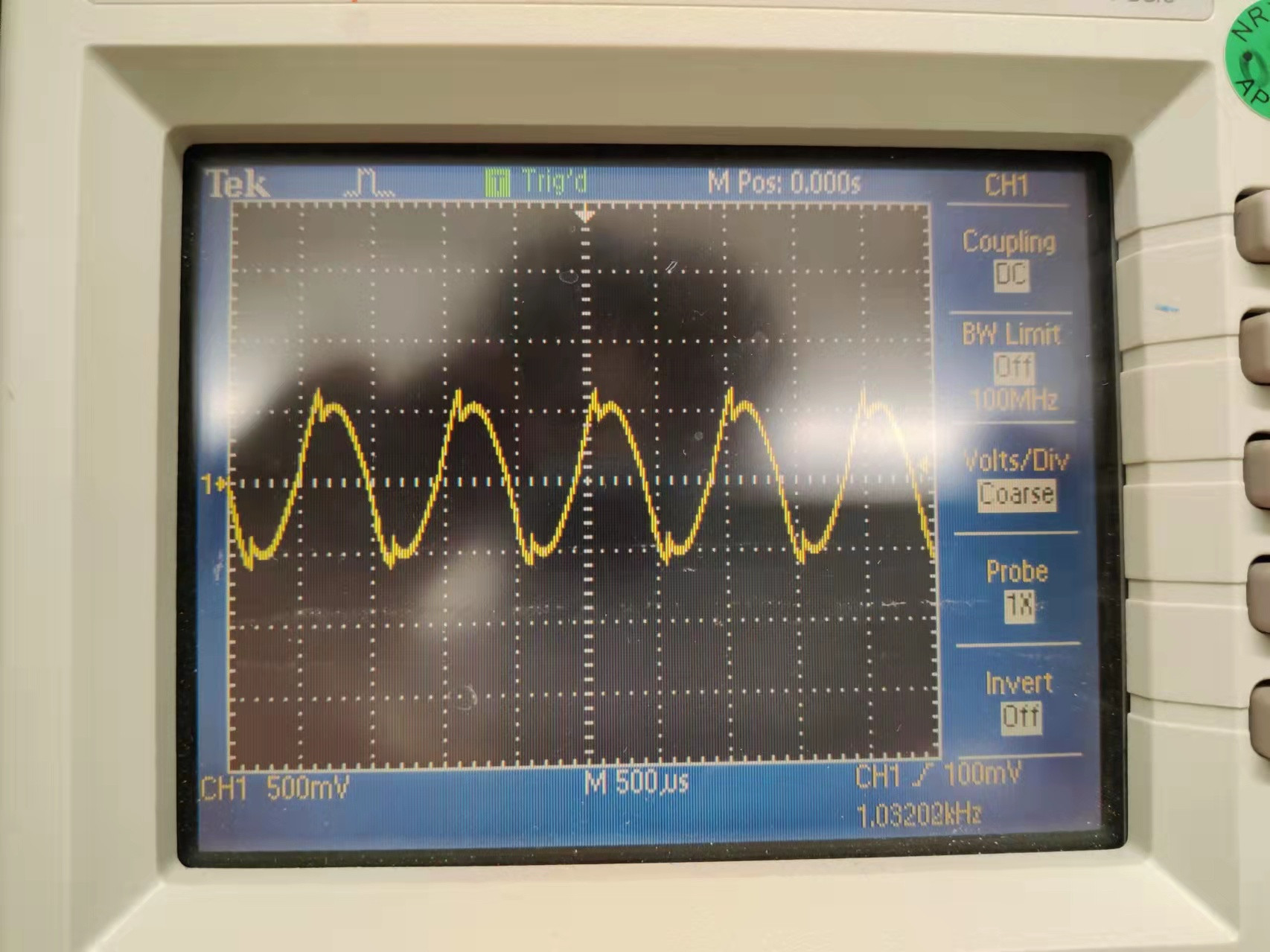 PS2: Here is a schematic of the circuit I used: 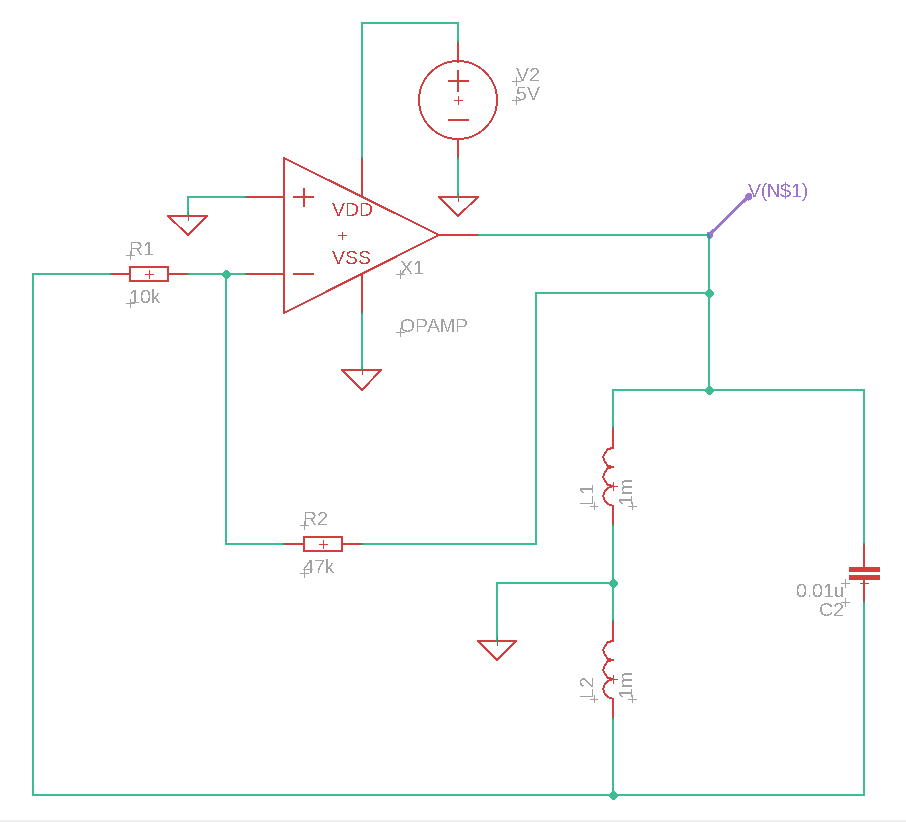 There are several problems, many related to the relative wimpiness of LM358 when used from low supply voltages. Even though LM358 is a "jellybean" part, it really gets going at relatively high supply voltages, e.g. +/-10V. Using it at 5V is a complex endeavor. Even a TLC272 would be a more forgiving part for such an oscillator.

The output frequency is about 5.6kHz. Operation at higher frequencies is possible but may be problematic as Q drops and the op-amp runs out of gain needed to compensate.

If you want to play with old-school 40+ year old parts, an LM13700 would be a much better match. It lends itself naturally to gain control and has more bandwidth, and >10x faster output slew rate vs. LM358. It would have no trouble producing a reasonably clean 5Vpp sine wave, from a single +10V supply.

The venerable LM3900 could also act as a variable gain stage for a low-frequency (<10kHz) Hartley oscillator. 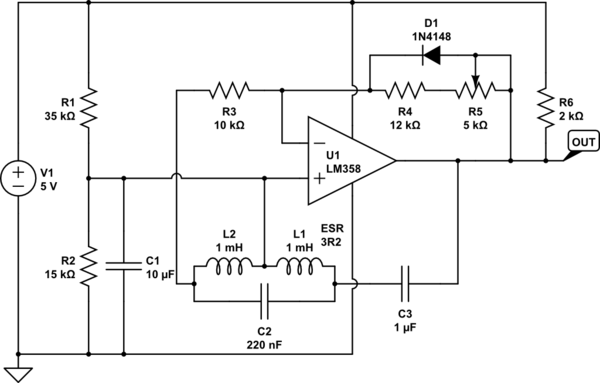 The circuit above is not necessarily the best approach with better op-amps: the operating point will be different, the tank can be DC-coupled to the output via a series resistor, etc. LM358 is a versatile part that requires, let's say, a versatile approach to overcoming its limitations.

When building an oscillator it is helpful to realize how and why it can oscillate. The principle of the Hartley oscillator is as follows:

An inverting amplifier is equipped with a feedback loop consisting of a third-order highpass which allows a phase shift of 180° at a certain frequency \$\omega_0\$ (giving zero phase shift of the loop gain function).

1.) Using a BJT as an active device, the 3rd-order highpass is realized as a ladder structure R-L1-C-L2 with R=output resistance of the inverting BJT stage.

2.) When we replace the BJT with an opamp with a very small output resistance it is absolutely necessary to use an additional resistor R between the opamp output and the rest of the feedback network. Otherwise the circuit cannot oscillate at the desired frequency.

Here is what I get with microcap v12, "transient" behavior. Inductors coupling is zero.

Note that output is vanishing slowly, ...

And zoomed in the last time ...