I am trying to connect what I'm learning in Sedra and Smith (I am currently in Chapter 7 of the 7th edition which talks about basic transistor amplifier configurations, eg. CS) to what I have learned in the past about two-port networks. In particular, I want to understand how what's going on in Sedra and Smith can be recapitulated in the language of two-port networks.

Now with the small-signal transistor models (let's stick with the MOSFET), we have only the transconductance gain \$g_m\$ and the output resistance (due to CLM) \$r_0\$. Now the general program shown by Sedra and Smith here is, for every amplifier configuration, to compute an open circuit output voltage \$A_{vo}\$, an input resistance \$R_{in}\$, and an output resistance \$R_{o}\$ defined by the equivalent circuit given in the attached picture. 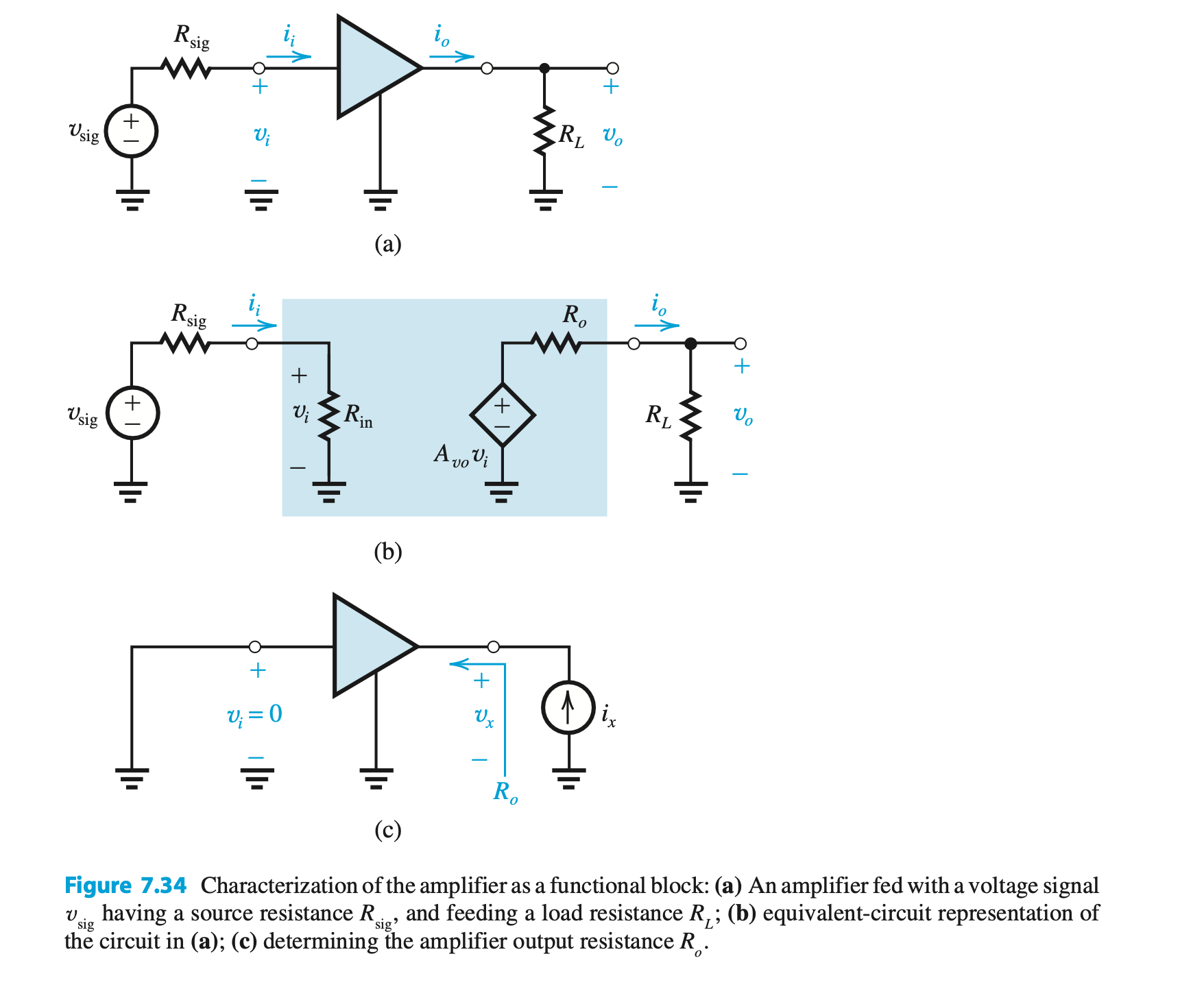 That is, we assume no internal feedback in this basic model. The above seems to point to the so-called "g-model" being used (inverse hybrid). Is this an accurate reflection of what's going on?

Bonus points, for those who have Sedra and Smith...sometimes they distinguish between \$R_{o}\$ and \$R_{out}\$ and I have no clue what is meant by the difference. Any help would be greatly appreciated. Also, if anyone has any book recommendations for books like Sedra and Smith but which DO emphasize the important connection to two-port networks, please let me know.

Now with the small-signal transistor models (let's stick with the MOSFET), we have only the transconductance gain \$g_m\$ and the output resistance (due to CLM) \$r_0\$.

If you use this model for the transistor, you are assuming a Norton output circuit rather than Thevenin:

As you know, you can easily convert between the Norton and Thevenin equivalent circuits to see the equivalence between your "2-port" model and your "Sedra and Smith" model (which are actually both 2-port models, just with different forms)

Bonus points, for those who have Sedra and Smith...sometimes they distinguish between \$R_{o}\$ and \$R_{out}\$ and I have no clue what is meant by the difference.