I have been trying to build a sawtooth generator using a current source which linearly charges my capacitor and a comparator which was supposed to discharge my capacitor; instead it doesn't. Here is the schematic (first picture) of my attempt which doesn't work. 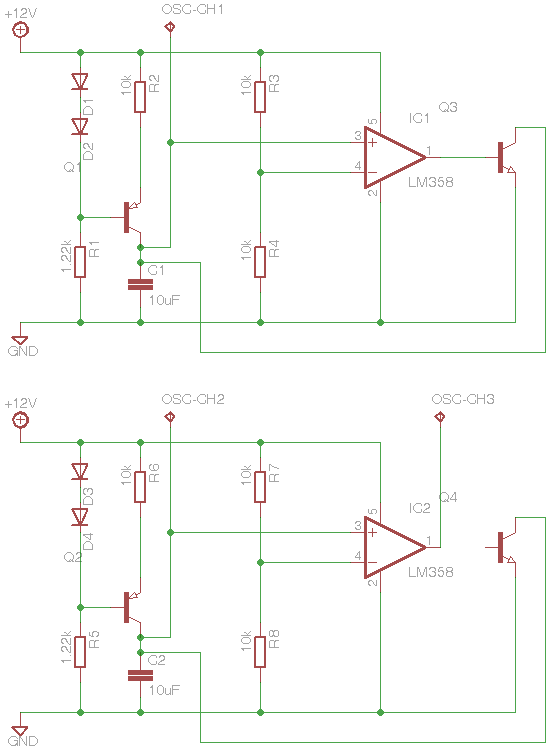 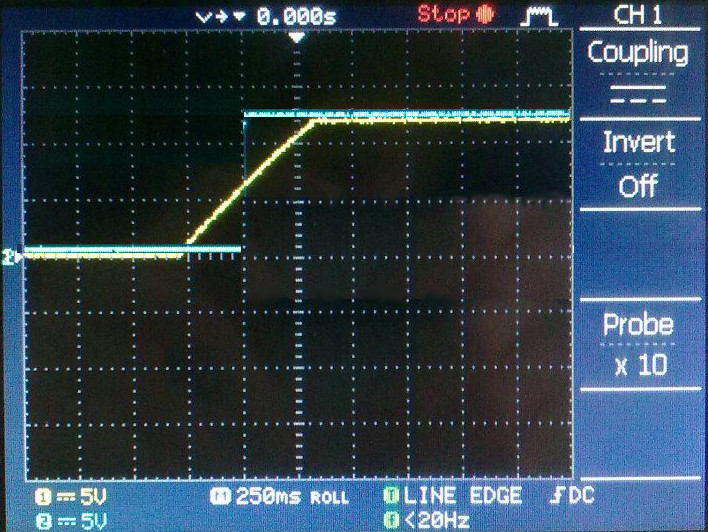 The discharge transistor you have there does not have hysteresis.

Such system as described could oscillate, but not as a relaxation oscillator. There would have to be some frequency at which the product of the gain and feedback is 1, and the feedback is phase shifted by 180 degrees. That would be a phase shift oscillator.

Without hysteresis, and without the conditions for phase shift oscillation, your circuit is simply stable. It settles back to equilibrium even if externally disturbed.

The output from the LM358 should go through a resistor or it will be limited by the base-emitter voltage and strange things may happen. Try inserting a 1 kohm resistor in series with the base connected to the LM358.

I think the circuit needs hysteresis. Here's why... As the capacitor starts charging and the +input starts to rise close to the -input, the comparator output will begin to rise and this will start to turn on the transistor, but not enough to discharge the capacitor - just enough to sustain it in limbo with maybe 0.4 V on the base of the transistor and stalemate on the capacitor.

I think you need to add hysteresis, but this might be detrimental given the circuit you've gone for, because you don't want to be adding resistors from the comparator output to the capacitor, because it'll tend to limit its ability to linearly rise with time.

Try a 10 kohm in series with the +input and 1 Mohm from the comparator output back to +input. At least try this to see if it starts oscillating; then we can move on.

Correction: Below comment is incorrect as pointed out by Andy aka. I misread the schematic connections.

As drawn your circuit does have a fundamental design problem though. When the capacitor is initially discharged the LM358 + input will be at a higher voltage than the - input. This will cause the output to be high which in turn causes the NPN transistor to be ON. The ON transistor will cause the capacitor to stay discharged. One way to correct this problem would be to interchange where the + and - inputs to the LM358 connect into the circuit.

My first guess would be thatyou fried your transistor by discharging a big cap across it with nothing to limit the current.

3
Mystery circuit: latching relay control with transitor / capacitor - why doesn't it work?
6
How does this circuit diagram work?
1
NMOS FET with a negative drain
1
Newbie question - sawtooth signal generation - capacitor discharge via bjt
0
How to change the frequency of this sawtooth generator circuit?
2
Transistor switching instead of acting linearly
5
Fixing the amplifier in an old arcade machine
0
Shorting capacitors using a transistor?
10
Why are Marx Generators built like that?
5
Common emitter transistor amplifier working in simulation but not in reality