Discharging a capacitor into another capacitor via inductor

The two capacitors and inductor would form a series tuned circuit. The initial energy in the pre-charged capacitor would circulate in the three components and, a sinewave oscillation would result that carries on for infinite time without decay (if ideal components are used). If non-ideal components are used then, their resistive losses would ebb away at the energy and the sinewave would gradually reduce in amplitude. It's easy enough to prove in a simulation package: - 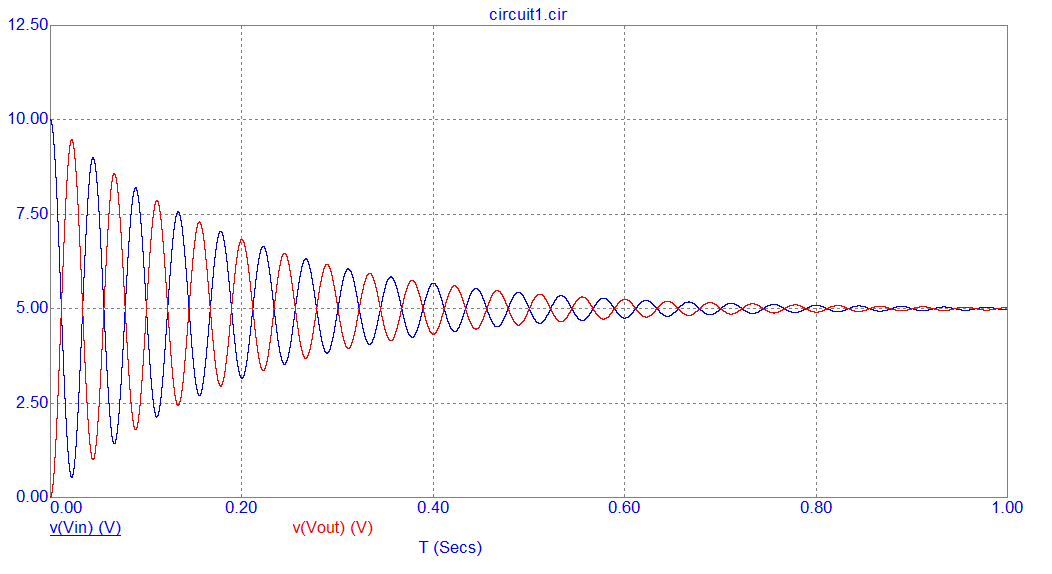 Not the answer you're looking for? Browse other questions tagged capacitor inductor discharge charge or ask your own question.

2
how would inductor react if I inject current impulse into parallel LC tank?
3
Charging capacitor in parallel and discharging in series
1
Capacitor loop charging
2
Discharging an inductor
0
Voltages not what I expect when charging a capacitor with another
1
LC circuit with 2 capacitors, one charged, one uncharged
0
Complete discharging of Initially charged capacitor through Inductor