What happens when operating in the no-man's-land between 5.5 V and 7 V, say, around 6 V supply to VCC? 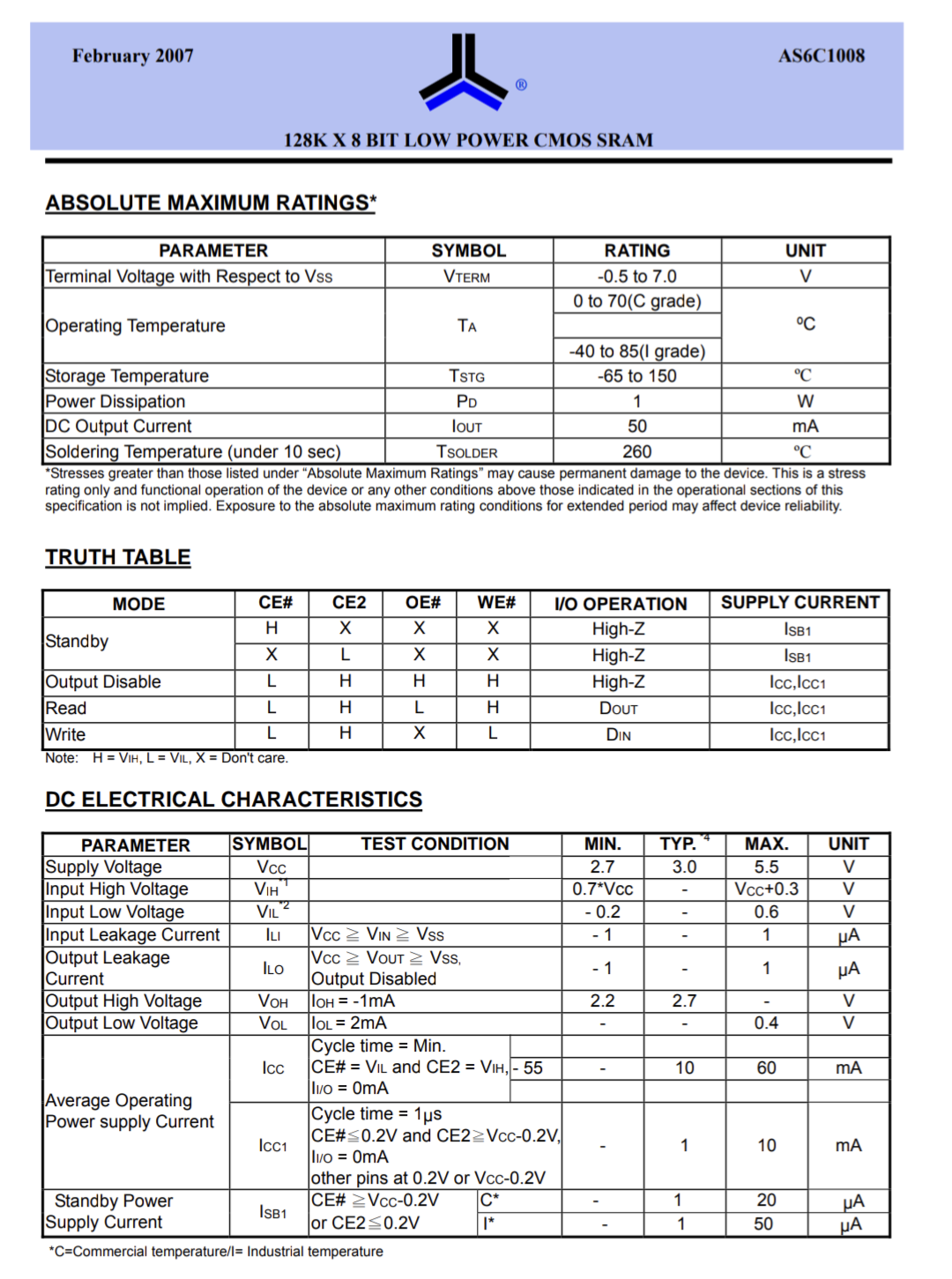 No one can tell for sure in general, except the manufacturer.

Providing those two sets of values is industry standard. The rationale behind is that beyond absolute maximum ratings the manufacturer makes absolutely no guarantee about the device: it can break, it can malfunction, who knows! Its behavior also depends on how much you go beyond those max ratings.

This means that the manufacturer guarantees that the device won't be damaged or degraded. However, be careful with that promise: that promise is made assuming the device is connected to almost nothing and the external world is "benevolent".

If you drive the device in no-man's land and it starts acting weird, in a real scenario other devices connected to the misbehaving chip could in turn damage the device or other part of the circuit indirectly.

For example, imagine a power supervisor chip driven outside its operating range. It could go a little crazy and mess up the power sequencing of a board, activating power lines in the wrong sequence. This could lead to PN-junctions turning on that never meant to be turned on, causing short circuits in the system.

As another example, consider an opamp with supply lines slightly above the normal operating conditions (but not above the max). Maybe the offset voltage rises dramatically and this causes a major error in the output signal. Perhaps this opamp is part of a PID controller and because of that unexpected rise of offset voltage a motor goes out of control, making a robotic arm acting erratically.

In both cases the fact that the device is not damaged when it is driven back into normal operating conditions is irrelevant, since the system has already been damaged by its crazy behavior.

In this case you could contact the manufacturer and ask for official confirmation of your findings and even ask for a better characterized device (at a cost, of course).

However, even if you do in-house testing, never rely only on those. The results may be applicable only to the specific batch of devices you own, and a small process variation in manufacturing could make all your test results wrong for another batch. Always ask the manufacturer!

Generally, the specs and performance is only guaranteed in the conditions listed in the characteristics table.

Above that (and below Absolute Maximum Ratings), performance and many aspects of functionality are not guaranteed. In fact you should not apply those voltages for any sustained amount of time as the device may degrade and become unreliable. In practice, it likely works for most IC samples, but would not be recommended for production designs, or designs that critically rely on the performance.

Above Absolute Maximum Ratings, the device may have been damaged or degraded and no specs are guaranteed, even back in the characteristics conditions.

The data sheet explicitly says that data retention is from 1.5 volts to 5.5 volts: - 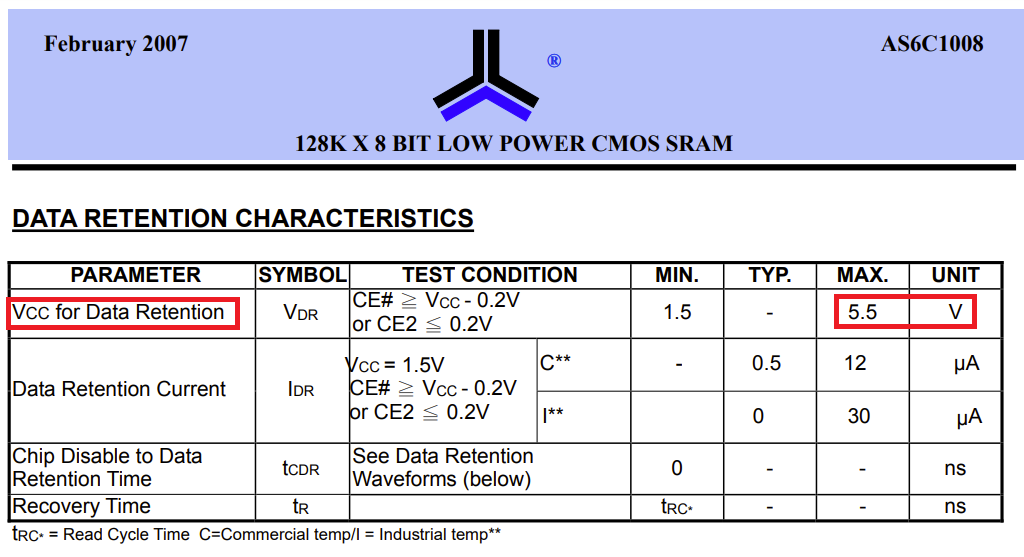 So, either do what the DS says and reduce your supply or speak with the manufacturer.

Not the answer you're looking for? Browse other questions tagged datasheet maximum-ratings ratings device-characteristics or ask your own question.

1
Transistors absolute maximum values
2
Transistor absolute maximum Collector-Base voltage more than Collector-Emitter voltage
1
Typical vs. min/max timing and voltages
1
Absolute maximum ratings interpretation
56
Are LEDs better than we think?
0
ITS4060S-SJ-N overvoltage protection
1
What are the consequences of running a component above the recommended operating conditions but below the absolute maximums?
0
Understanding specifications with regard to current draw of components NL17SZ08, 6N137 and 74HC165 and other current-related questions
0
H-Bridge chip burning up when applying less voltage than the absolute maximum
1
Absolute Maximum logic voltage best practices