How can I model this power inductor more accurately? [closed]

I'm running some spice simulations in which I use power inductors. I found one on Aliexpress that seems suitable, but noticed that peak currents in the simulation exceed the rated saturation current by quite a lot.

So, I'm wondering: How can I model this inductor (and more specifically its saturation) as accurately as possible based on assumptions and the limited available specs?

The simulation is currently using just a standard inductor, with an inductance of 330uH and Rser of 14mΩ.

Here's the product page. Here's a picture and all the electrical information that's given: 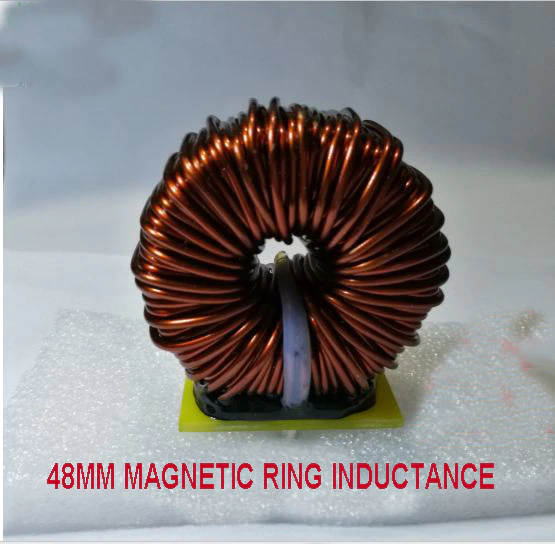 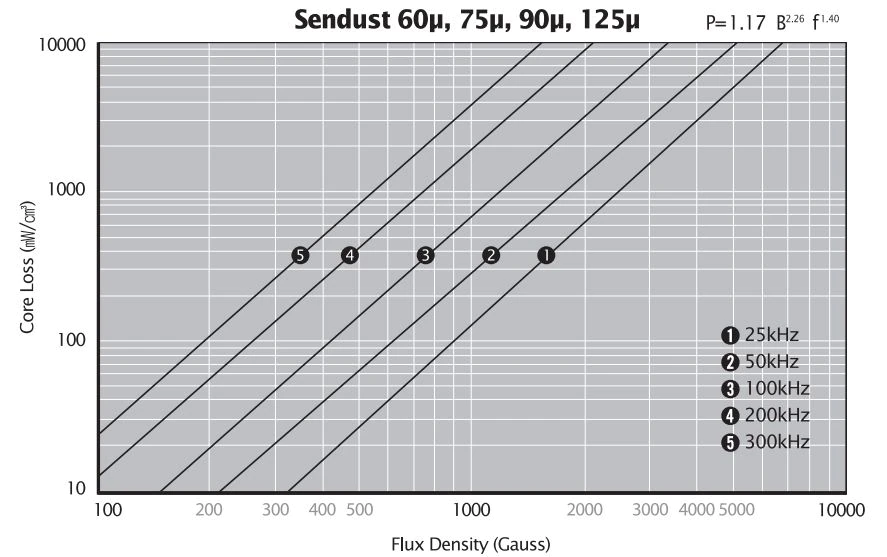 Do you know that you need to model the nonlinearity?

Usual progression of model capabilities is something like: inductor (gets the basic dynamics right); inductor with resistance (modeling loss over a modest frequency range); a more complicated RL network to model losses (wire and core losses, accurate over a wider frequency range), RLC networks to model winding self-capacitance or transmission line effects; and nonlinear models including saturation or anything else.

Also, mind that magnetic materials have notoriously complicated behavior, so, while there are quite a lot of effects that are known, that could be modeled (e.g. reduced (initial) permeability at low signal level; hysteresis; Barkhausen noise; etc.), the value that those features bring is less and less, and their omission justified more and more easily. Or that they can be substituted by average models (like core loss as a resistance, rather than modeling flux and hysteresis).

In particular, we might not be concerned with saturation, from a power supply design standpoint, because we merely need to check that performance is adequate at either extreme (zero or full bias). Or for signal filtering purposes, we might simply avoid saturation by a sufficient margin, and that ensures adequately low distortion.

So, manufacturers usually supply basic RL or RLC models, if they do at all. Coilcraft has some of the better resources, but only these (linear RLC) kinds of models.

I have constructed models myself, including nonlinear behavior, for a few components. Here is a ferrite bead model, fitted to characteristic curves (Laird provides DC bias curves for most of their ferrite beads):

You could use this function as a starting point, though as I recall, getting the fit right was a bit of a pain. It's probably not the right curve for a gapped ferrite core, but the soft saturation of a powder core might be close enough. You will need the L(I) curve for it, of course.

This probably isn't too useful if you aren't a SPICE expert already. Suffice it to say, then, such models are uncommon.

Some other design questions to consider. If this is a switching converter for example:

I think it's easier to design a slightly faster, more compact converter, that's lower cost, than to take a (lazy?) way out with oversized components and low switching frequency. But, obviously, that's my experience talking. On the other hand, if you lack that experience: you can solve all these problems at small scale, developing your knowledge at low voltages and modest power levels, in relative safety, and then apply it to high voltages or power levels such as this. (Not that that helps solve whatever immediate project this might be for, unfortunately.)

Or, if this is for filtering, the large value still seems dubious (read: I'm not sure offhand what applications would need this), but earlier comments regarding avoiding saturation may be relevant. Note that, if it's for filtering mains (like the larger inductors in a line impedance stabilization network (LISN)), mind the peak currents that nonlinear loads can draw (particularly SMPS without power factor correction (PFC)), and what effect that will have on network response with peaky loads. Input rectifiers can easily draw peak currents over four times RMS, so it adds up quickly for a network like this.

You can build a simple saturable core model using an op-amp and a 1-F capacitor as shown by Larry Meares in a paper he published in 1986. The basic circuitry is shown below and mimics saturation effects of an inductor: 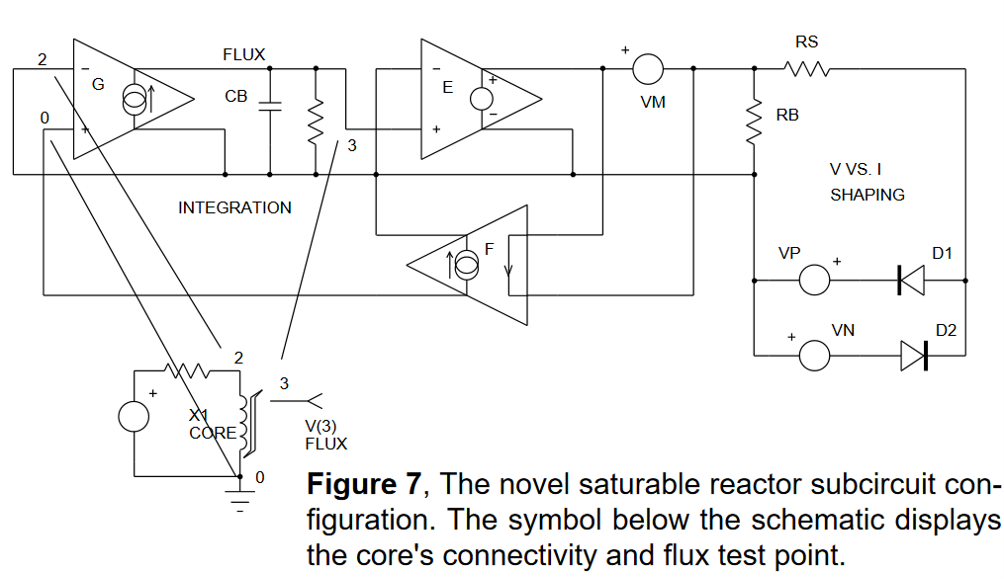 The original document was released in IEEE proceedings.

You can also easily build a saturating model with SIMPLIS using the piece-wise linear model they supply:

The picture is coming from a recent seminar I built and you can download it from my webpage.

Not the answer you're looking for? Browse other questions tagged ltspice inductor or ask your own question.

2
Danger of Saturation of Primary Coil in a Flyback
8
Has LTspice been extended to support the modified-Chan, non-linear hysteretic model for coupled inductors (transformers)
1
Clean LC-Tank drive
1
SPICE model of coupled inductor
2
Toroidal inductors - Heat Problem
1
How do I determine mosfet capacitances (Cgs, Cds, Cgd, ...) in LTSPICE?
1
How do you model a "leaky inductor"?
0
How do you model differential inductor in LTspice?
2
How to model an inductor using a behavioural voltage source in LTspice (to get time-dependent inductors)?
1
Model of an inductor in Ngspice