Suppose we have a diode with negative differential resistance of -40 ohm in the region of 0.3-0.5 V and we put it in parallel with a 40 ohm resistor:

Current will flow, but small changes in V1 will not change that current by much.

Edit: See below for a representation of the tunnel diode transfer function (from here): 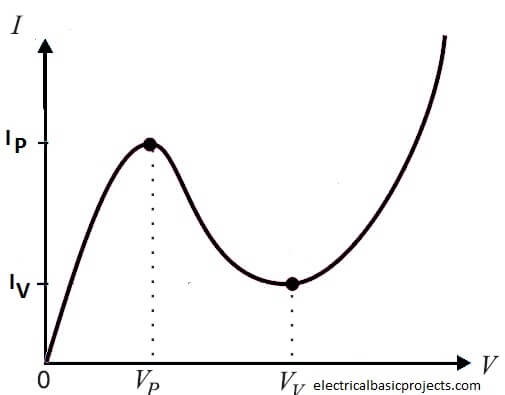 The negative differential resistance is the negative slope between Ip and Iv. But you may notice that I is always positive. In addition to that positive current through the tunnel diode we also have the 10mA going into the 40\$\Omega\$ resistor.

So no current should flow.Is that correct?

No, this is not correct.
You are over-simplifying things. Take a look at this picture from Wikipedia 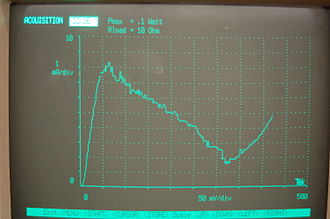 So if you were to put a 7.6 ohms resistance in parallel with the diode you would
end up with a Voltage .vs. Current curve that would look like this. 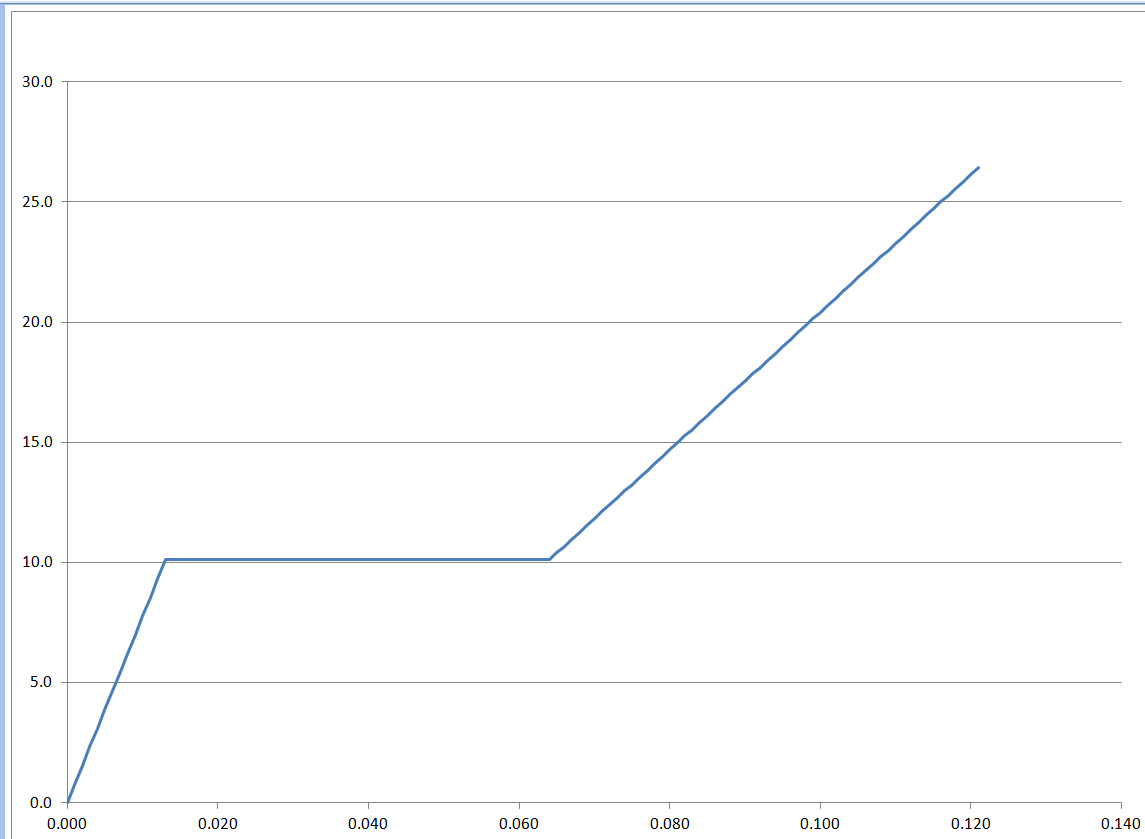 Explanation: When the tunnel diode negative resistance involves a decrease in current (from 13mV up to 64mV) then an equivalent increase in current from the parallel resistor of +7.6 ohms will compensate and the sum of both device current will create a zero increase current for this region. Beyond 64mV both device exhibit a positive resistance hence the current shows a steady increase.

To complement the other answers, and since you ask about it in a comment, let me recall that for a two-terminal, possibly nonlinear resistance the differential resistance is defined as

where \$v\$ is the voltage across the element and \$i\$ is the current crossing it, and the derivative is calculated around the operating point. Likewise, we can define the differential conductance as

Now what happens when you connect a nonlinear element such as a tunnel diode in parallel to a linear resistance?

Label as 1 the nonlinear element and as 2 the linear one. Since the two elements are driven by the same voltage, it's better to use conductances. The total current is

that is, the slope of the tangent line to the \$i\$-\$v\$ curve of the compound element is horizontal, as shown in the answer by Fred Cailloux. This, however, does not imply a total current of zero, as explained in the above.

The "mystic" phenomenon of negative differential resistance (NDR), particularly the OP's N-shaped NDR, can be easily understood by the extremely simple and intuitive concept of dynamic resistance. It can be easily demonstrated by a simple electrical experiment where a variable voltage source V drives a variable resistor R (rheostat). If you don't mind, let you control the source and I will control the rheostat. 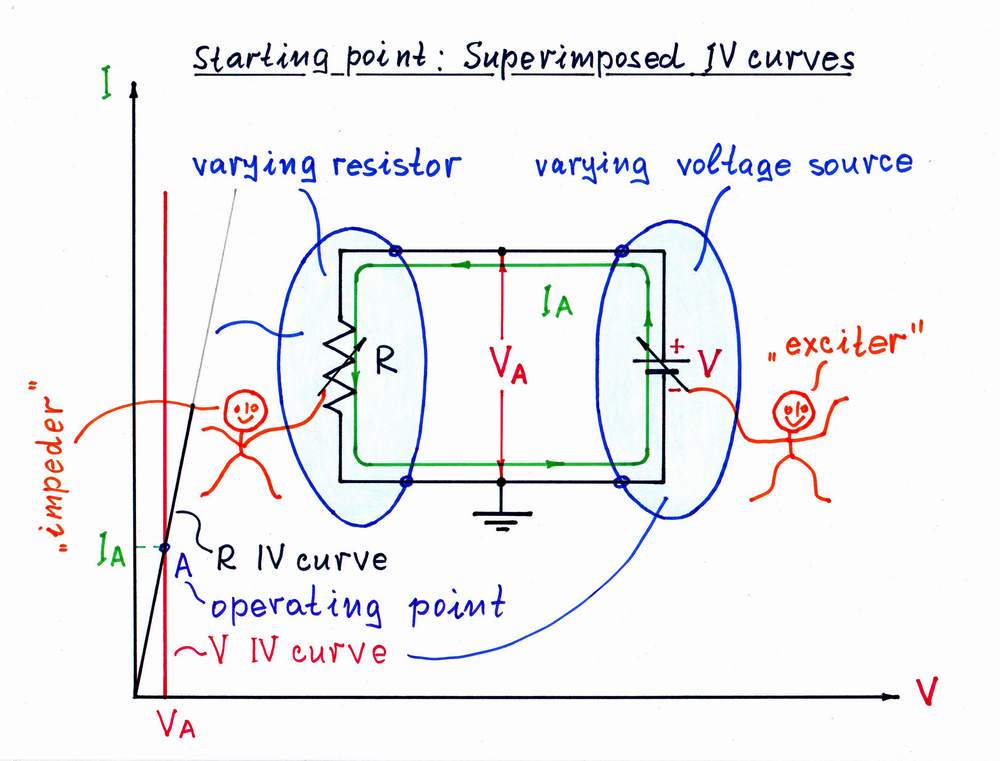 (The picture is from my Wikibooks story about NDR).

Now imagine that you are increasing the voltage across the rheostat and, at the same time, I start to increase its resistance. Depending on the rate of change, the current will increase more slowly, will not change or even will decrease. This will create the illusion of increased, infinite or "negative" resistance.

See more in my Wikibooks story about NDR.

Not the answer you're looking for? Browse other questions tagged current resistors diodes ohms-law negative-resistance or ask your own question.

2
Is Ohm's Law violating itself?
0
Will current flow beyond the diode?
4
When a diode does not conduct what happens to the current?
0
resistors misconception - is current-limiting effect circuit-wide?
0
"Equivalent resistance" of diode as \$V/I\$ used to evaluate an approximation
3
Diode and resistor series
4
Tunnel diodes used for oscillators without loses
1
Finding current through LEDs in series-parallel circuit
5
Magical uses of tunnel diodes
0
Charging capacitor with a diode in parallel