What Workbench Safety Improvements Have You Made?

Ask Question
Asked 11 years, 9 months ago
Modified 10 years, 6 months ago
Viewed 2k times
14
votes
\$\begingroup\$
Locked. This question and its answers are locked because the question is off-topic but has historical significance. It is not currently accepting new answers or interactions.

What was your worst electronics workbench accident involving equipment, voltage, soldering irons, chemicals, or whatever else, and what changes have you made to prevent that type of accident from happening again?

Here are some precautions I take... they might be a little excessive but I'd rather play it safe.

Only a switch that cut the power to everything, so that I don't forget something turned on (like the soldering iron...) 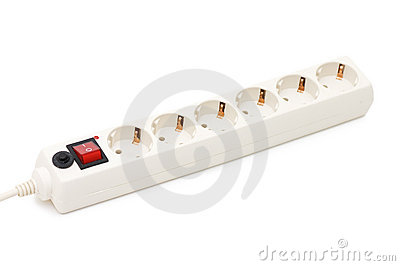 Never, EVER use a chair with open armrests (non-closed loops) at a workbench with soldering irons.

It's just a matter of time before a hot soldering iron is grabbed by its cord (courtesy of your chair) and introduced to your groin area.

Yes, I'm still fully functional. I did burn a pair of pants, though.

How about a soldering iron with automatic turnoff? Don't want to leave that thing on all the time...

I admit that I don't have much experience, but the thing which isn't mentioned here and helped me the most was thinking steps through before doing anything.

I've burned myself several times and I noticed that each time that happens, it's because I want to just do something without thinking how I'm going to do it. So I have a circuit board and want to desolder something. No problem, right? I'll just desolder it and that's it. Well, that kind of thinking got me burned. Instead I found it better to separate "complex" operation into simple steps and plan on what I'm going to do if it doesn't work correctly and stop if I get into area I did think of.

The thinking part does take a couple of seconds, but I think it's better to wait a few seconds than to burn yourself.

Many, many years ago when I was around 5-10 I burnt my fingers a lot on soldering irons, but hey, kids heal fast, so no biggie, I still have one faint scar from that time.

Many years ago when I lived at home and had a 6 year old little brother, I left my soldering iron on when I left my room, my brother knocked the iron on the floor and picked it up, using the wrong end.

My parents were not impressed.

More recently I was digging around a digital camera and I accidentally grabbed the flash capacitor, it burnt a black mark in my finger while delivering the worst shock I've had since I cut a live 230 V line.

Recovering from the shock took a couple of minutes of cursing.

I then proceeded to take my multimeter to measure the voltage on the capacitor, but I fat-fingered it and the probe slipped to short out the cap, enough energy was released to leave a blackened area in my eyes for 10 minutes afterwards and the PCB around the HV traces basically exploded.

... but other than that I've been pretty safe, so there hasn't been many improvements, other than to add "the big red rocker switch" to power down everything on my workbench at once.

Common accident: burnt fingers and/or wires.
Safety improvement: make note to self to be more careful with the soldering iron next time.

Then there can be an off switch (Big E-STOP button) at the door.

So somebody trying to save you doesn't get electrocuted either.

The training from my aluminum smelter days won't go away.

The real reason is to get a second off switch repeater put somewhere you actually live. then you can say "hey I left the lab on!" and turn it off without havng to go too far ;-)

Of course, if your workbench is only little, you can probably hook up an E-Stop loop pretty easily with a consumer grade power control switch.

Consider an E-Stop loop. The life it saves will probably be yours.

I used to regularly nock my bottle of beer off the bench to smash on the concrete floor, which made me sad. Now I keep a mangled roll of duct tape on a secondary bench so I don't spill. Pretty sure this qualifies me for a CSA:OH&S medal of honour or something, but I don't like to brag.

When I was around 15 I spent a lot of time soldering stuff on the floor, since my desk was far too small to fit everything. Working on the floor has its specifics, namely - you crawl around on all fours a lot. It was only a matter of time before I "stepped" onto the soldering iron with my hand, placing my entire weight on it.

I spent the rest of the day holding various cold glass cans from the fridge, replacing them every 20 minutes.

Improvements made since: get a properly sized desk. Now that I am paying for my own furniture, my hobby desk is 5 feet wide and is bordered on one side by another large desk and on the other side by a rack of shelves. Not that I don't run out of space occasionally, but at least I no longer solder on the floor...

Any good chemistry lab only has stools, rather than chairs. If you spill something and need to step away from it quickly (before it runs off the counter and into your lap), you don't want a chair with a back.

Not the answer you're looking for? Browse other questions tagged safety workbench or ask your own question.

3
How does a first-timer set up a correctly-grounded workbench / work-station?
2
Setting up a non-ESD area in a lab
1
Capacitor safety
8
Why would you use a non-contact voltage detector if you have a multimeter?
2
How can an electronics lab workbench be made feline-compatible?
1
Laptop fried from spark while connected via USB to a battery system
3
Is there a safe way to operate any type of a tesla coil on a functioning modern car (moving road vehicle)?
1
Safe to turn off power by removing a plug fuse indefinitely?
10
Why might a low-cost soldering iron die after short use?