I'm using a rotary switch (center) to have one input USB-C receptacle switch between two output receptacles. This is so I can plug my keyboard into the input and two computers into the two outputs, and use a knob to select which computer the keyboard is attached to without unplugging any cables.

Here is my circuit diagram: 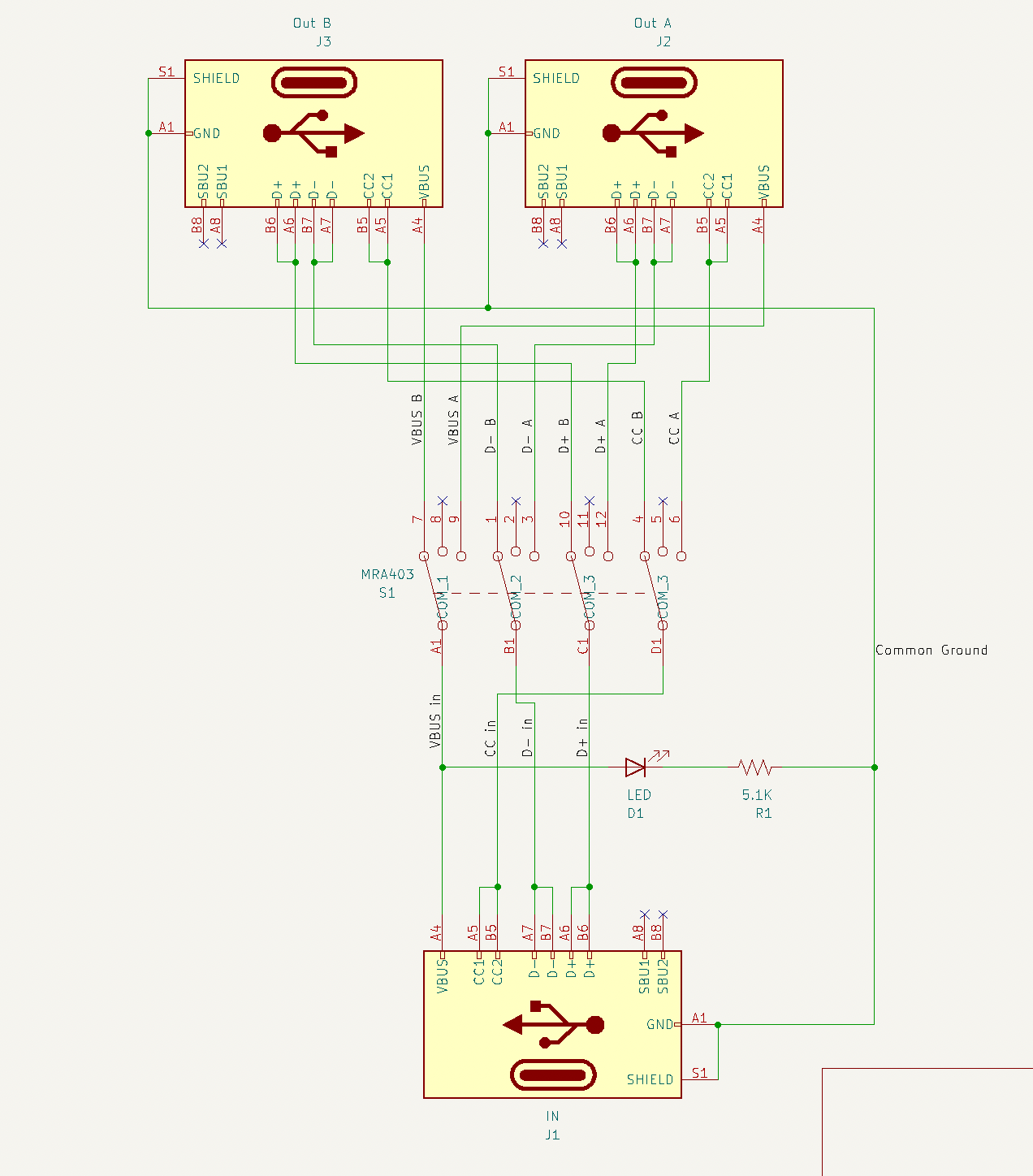 Here's the PCB I designed: 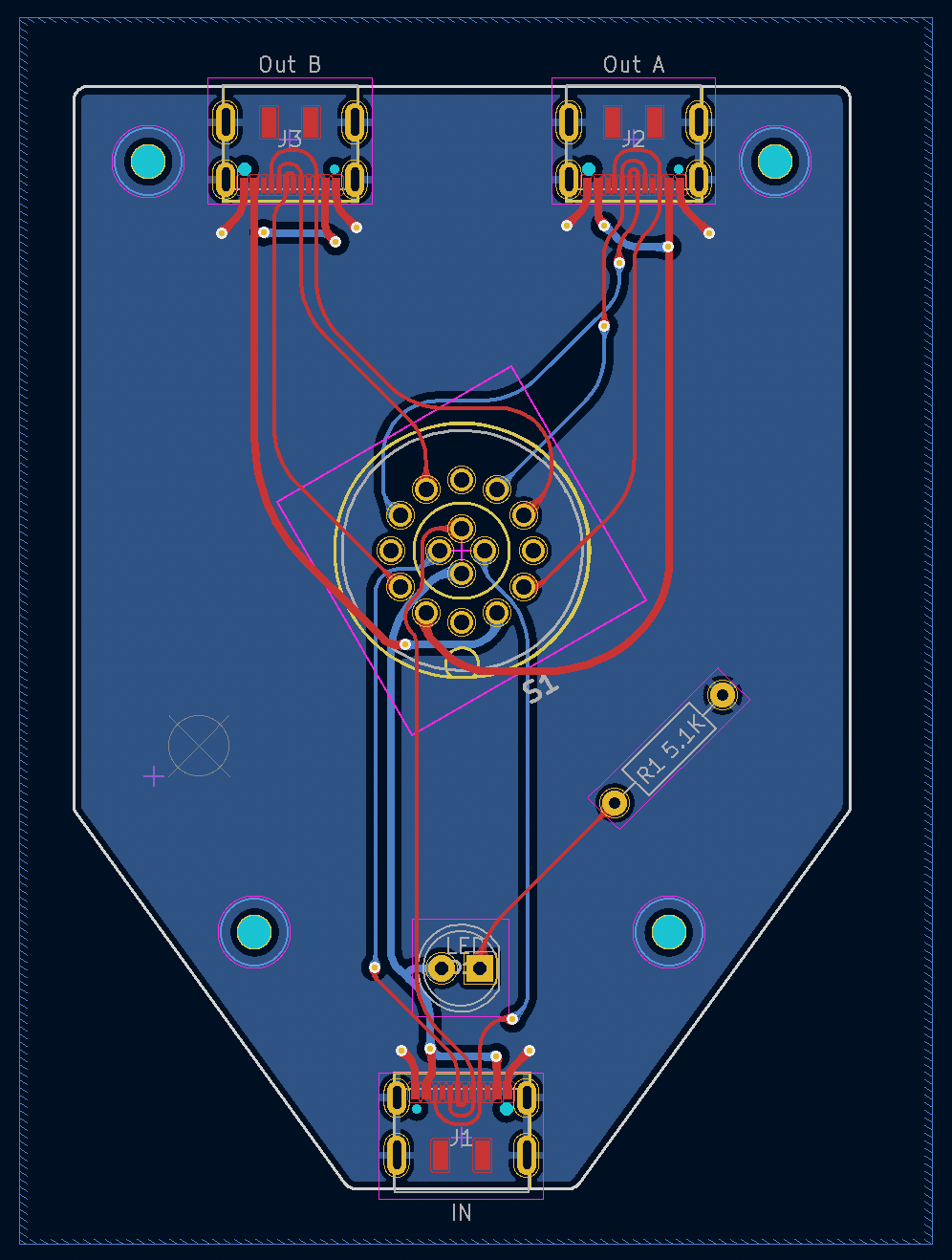 I thought I could join together the CC pins (since there is only one CC line in USB-C cables) and pass the CC line through the switch to allow for native USB-C power delivery negotiation between each host and the keyboard. But when I soldered up the boards, that didn't work. No connection was made no matter what cables or plug orientation I used. It also didn't help to unplug one cable so only two cables were plugged into the device, one input and one output. I have verified with a multimeter that my solder connections on the board are sound.

My question is: why isn't passing through the VBUS, D+, D-, and CC lines of a USB-C cable, with a common ground, allowing USB connections?

I have a few ideas:

The CC pin connections are not correct.

Sure, there is only one CC wire in the cable itself.

The other CC pin that is not wired 7n the cable is pulled down to ground via a resistor by the cable, in the connector, which enables the host to detect which way the connector is plugged in to host.

The cable wiring will then connect the remaining CC pin to the device, to detect if something is connected, and what type of device is connected.

Only when correct cable and device resistance signatures are detected, the host will turn the standard 5V VBUS on to power the device.

So having short-circuited the CC pins, the host can't detect cable orientation or device type so it will not turn 5V VBUS on.

Not the answer you're looking for? Browse other questions tagged circuit-design usb usb-c usb-host usb-pd or ask your own question.

4
USB Type-C configuration necessary for battery charging only
7
Can USB Type-C 2.0 upstream (device) connect its CC pins and share a pull-down?
1
USB-C Powering Electronics and its Circuitry
0
Simplest adapter resistors to charge a phone while the phone is an OTG host
0
Correct way to wire USB 2.0 Type C connector?
2
USB Type-C: Are CC1 and CC2 interchangeable?
2
Understanding Rp / Rd switch in USB-C DRP/DRD 2.0
1
Can I connect and feed multiple USB-C breakout boards into a single USB-C board (for transmitting data)?