What is the ideal method of sensing whether 4 points on the bottom of a device are all depressed to indicate contact?

I am trying to place a sensor or switch on each corner of some desktop PCs so that if they are lifted an event is triggered like locking the computer or encrypting it.

So far I have considered small round load sensors mounted with adhesive between the bottom of the case and the rubber feet that would be on the bottom to help with vibration and avoiding skidding. If the PC were lifted at least one of the load sensors would so indicate this and a small Arduino or similar would be triggered to cause the event on the PC.

I have also considered buying over-sized rubber hemisphere feet carving out space inside for simple momentary tactile switches so that the tip of the actuator sticks out enough through the bottom of the feet that the actuator plus rubber discs attached to the switch points would be present and thus with the four feet wired in series as NO would disconnect if lifted, again triggering an event for defense from the same kind of board.

I've mostly ruled out tilt sensors just because it allows for someone possibly carefully lifting the PC and keeping it level while doing so to dodge the trigger and avoid the security event.

The load sensors are a bit pricey and require a bit more configuration and testing to ensure they're functioning properly if more than a handful of PCs are modified in this way so while I think it would work, I would prefer to find a less expensive and simpler arrangement.

The momentary tactile switches seem the most promising, but I'm not entirely sure how much weight they can realistically support.

My question is, is there another method I am missing to ensure the PC can detect whether it is in contact with a surface at all four points that I have not considered that might be more likely to hold the weight (these are not like full ATX machines, more microATX, but it's still a good deal of weight for the actuators on the tactile switches) but not require quite so much expense and configuration?

Edit: Thanks to everyone who has offered help so far. It's been remarkably helpful already and if there's more to come so much the better. I did upvote, but it won't show because I don't have sufficient reputation yet.

switches load-cell security
Share
edited May 8 at 9:40
Diagram Alley
asked May 8 at 4:37

Limit switches might be better options than momentary make push buttons, as they can have longer travel and usually require less force to depress. They are extensively used in things like industrial automation to detect contact in a very similar way to your application 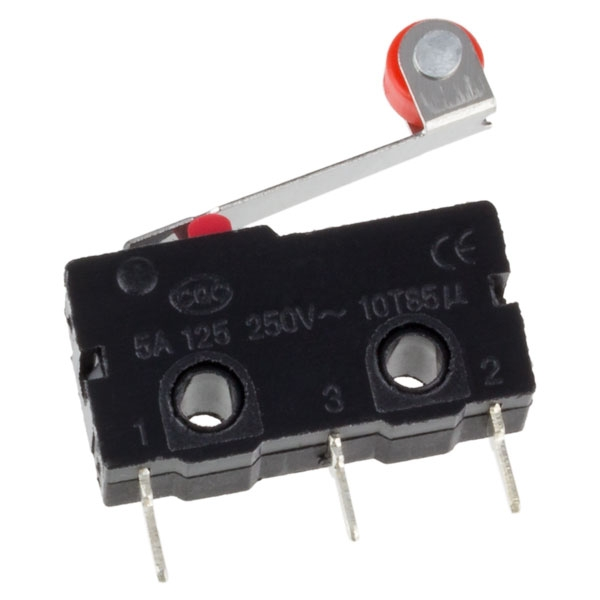 Alternatively I can think of perhaps using a sensitive IMU (but this may have issue of false alarms) or maybe some type of sticker that you can stick to the surface, which completes a circuit with spring contacts on the bottom. The sticker approach can potentially be safer as its harder to bypass using methods like sliding something underneath the device. It will be incredibly hard to fool if you include some sort of cryptographic element on the sticker, so that its signals cannot be cloned.

(Edit, I just remembered the name) People have made similar "secure computer" to what you are designing, it might be worthwhile to take a look at their solution. https://www.crowdsupply.com/design-shift/orwl

Security sensors need specs for a baseline for reliability expectations such as conditions that cause a false positive and true negative, then design around these probabilities to choose a true positive and false negative solution. This is also true for biometric sensors.

Every solution has a reliability problem unless it is defined and mitigated. e.g.

I find that my laser mouse is extremely sensitive to motion or vibration to wake up my PC from sleep mode. I just have to make the slightest motion on the table or couch and the PC wakes up. (equivalent to moving the pointer a few pixels) But that's a different mode of use.

An near-infrared LED can be paired with a phototransistor. They will work behind a plastic panel or inside a plastic foot or or potted in an epoxy foot. And most common plastics and epoxies are visible opaque but IR transparent.

You could use an accelerometer placed inside the PC case. The accelerometer could be used to detect if someone moved the unit more than a certain amount. Essentially integrate acceleration to find motion.

Obviously, all accelerometers have some noise and bias which will cause your distance integral to randomly drift a little, even when the unit is perfectly still. To get around this, you can do a few things.

With an accurate enough accelerometer, you could ensure that someone would have to move impossibly slow to avoid being detected. Possibly so slow that it would take them many hours or days to just lift up the unit.

If what you actually want to achieve is ensuring that the computer cannot be taken away from the desk without encrypting the hard drive, this will work at minimal cost:

If you select a momentary-contact pushbutton with an extra few millimeters of travel (before the contact disengages), you can arrange so that with the PC on the surface, the button is not fully depressed. This way, the PC is not actually resting on the button but just keeping is sufficiently depressed.

Would you consider a base, permanently attached to the desk top? In this case, you could simply have a metal strip in the base which connects two contacts in the PC case. As soon as the PC is lifted off of the base, the contact opens.

If you want to prevent your PCs from being stolen, just use Kensington-style locks. To prevent somebody stealing data, use 2 factor authentication with something like a smart card or a yubikey that users need to take with them.

If you're concerned with how much weight a tactile button can hold, and a limit switch is too big, you could:

The thickness of the middle plate and the height of the protrusion of the top plate would need to be calibrated to your button, but then the weight of your PC case would be held by the plates, not by the button.

I think you could get down to 5mm thickness of that whole stack. Access to a 3D printer may help here.

Not the answer you're looking for? Browse other questions tagged switches load-cell security or ask your own question.