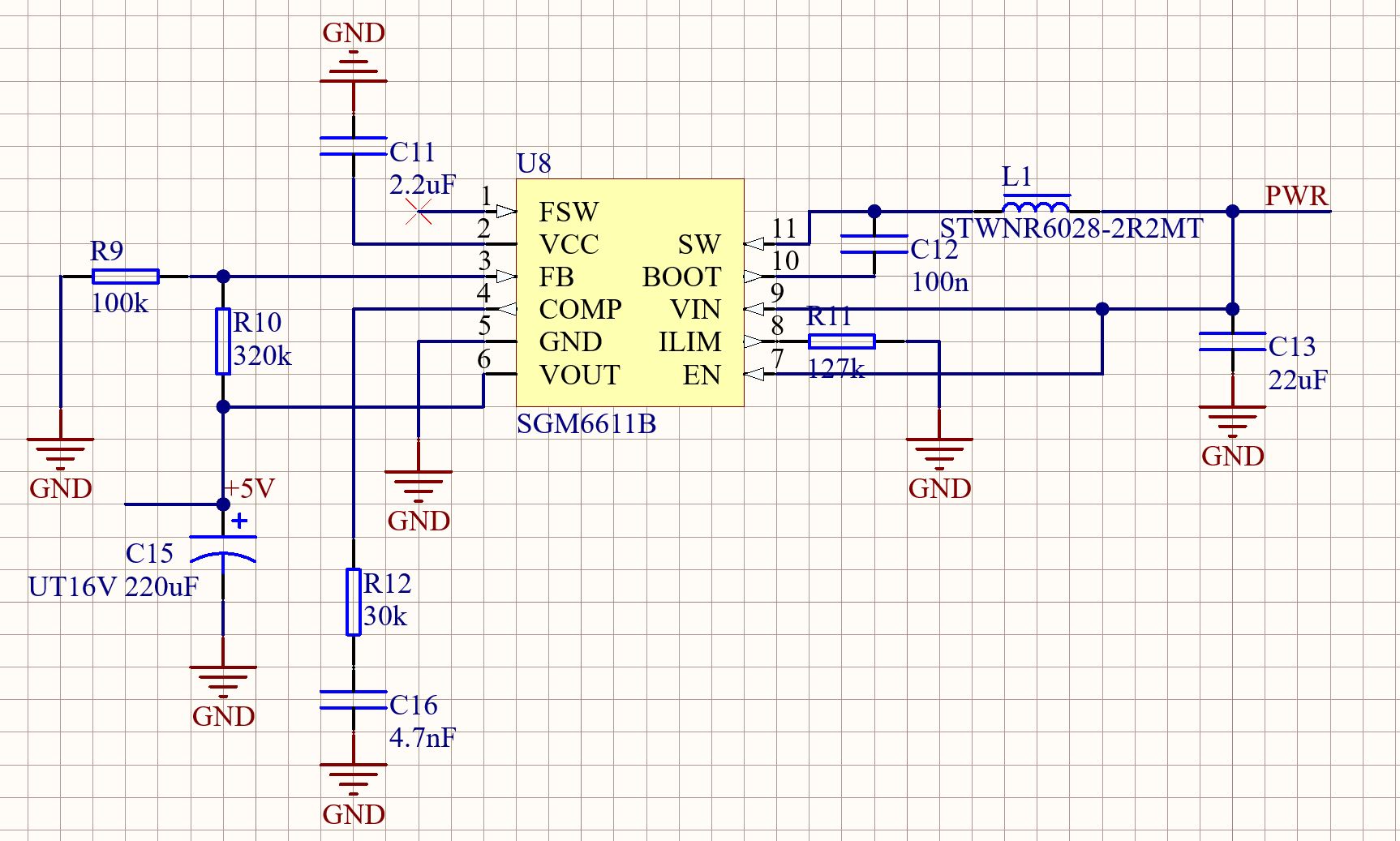 I'm designing a circuit to convert the 3.7-4V Li-ion battery output to a steady 5V DC power supply. The boost-converter I chose is a synchronous boost converter SGM6611C with a fixed switching frequency of 1 MHz (I'm too lazy to change the component's name, since 6611B and 6611C are basically the same in pin-out). The datasheet of SGM6611C could be found here: SGM6611C.

I followed the example design shown in the datasheet, and the outcome looks like something shown above. However, after the board is done, I found the input voltage PWR, which was supposed to be ~4V, was only 2.5V. Since the minimum input requirement of SGM6611C is 2.7V, the whole block seems to not work properly. The output voltage is only 2V.

If disconnected from the converter, the PWR voltage is correct, which means the upper-stream design should be OK. It seems that my design accidentally pulls down the input voltage so that the whole block is not working at all. I suspect that it has something to do with the inductor, since the voltage becomes normal again if I detach the inductor. Or have I made some stupid mistakes somewhere? Thanks for your guys' suggestions!

For reference, the inductor is shown in the figure below. 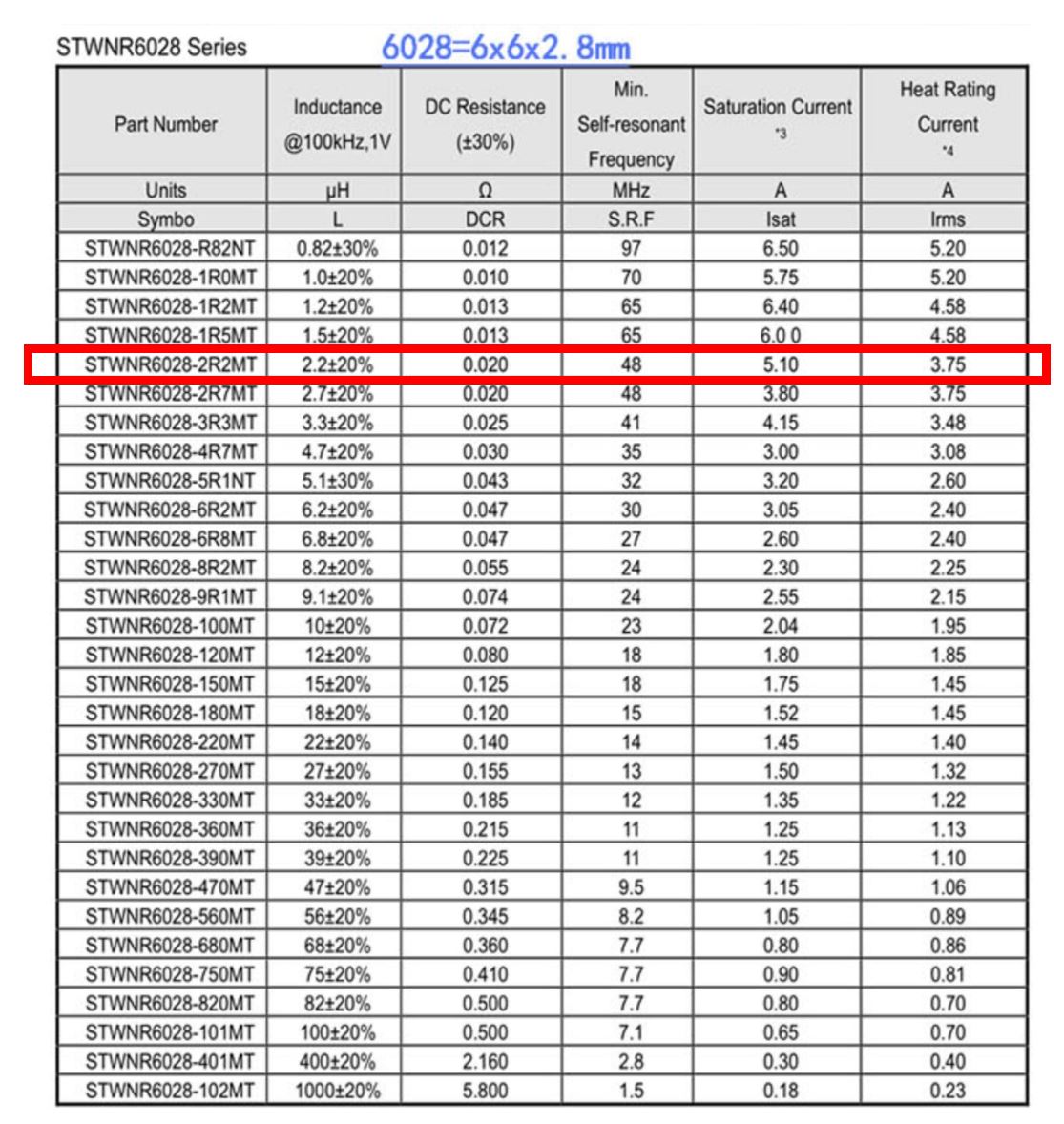 And for the debug, I've found out that it's not caused by over-current on the input side. The input DC impedence bewteen PWR and GND is around 300k. The interesting point is, the SW pin is supposed to deliver a 1 MHz on-off switching signal, but the signal there is just the same with PSW, except for some unknown ripple.

Browse other questions tagged dc-dc-converter inductor or ask your own question.