I need to make a proof of concept to get some data out of third party system which handles both RS232 and TTL levels.

The computer/raspberry/arduino shall - I quote -

It even seems that I would get the right TTL signal at the output, do you confirm that ? 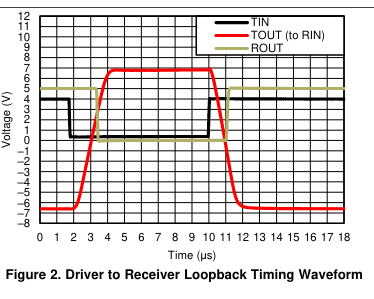 Otherwise, is there an easy way to switch to TTL levels if the input is already TTL (let's say they are at the same voltage) ?

Electrically, you can use a single interface circuit like that shown below to accept an RS232C voltages or TTL voltages.

The circuit uses something near the RS232C input loading of 2K. Your signal uses 'TTL voltage levels' but it's current drive is undefined. So you may want to vary the loading to suit both the RS232C and TTL source capabilities.

A voltage-dependent load using a diode, a Zener diode and two series resistors could be used to load the RS232C to 2K and the TTL to much less. But I suspect the single series resistor in the circuit of some compromise value will be suitable.

R2 ensures that Q1 is biased off when RXD is unconnected. 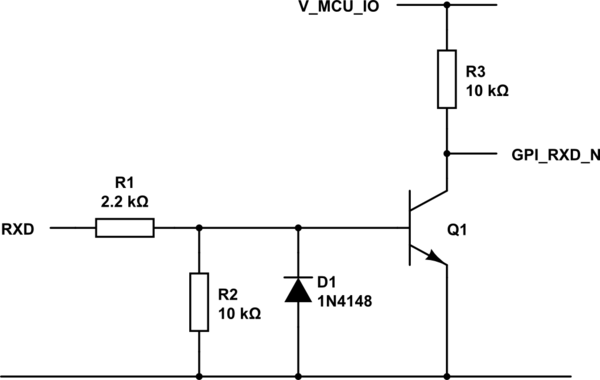 RS232C-to-TTL receivers invert. You don't state the polarity of your TTL signal, whether it's the same as the RS232C or its inverse. However, unless your serial receiver is always being transmitted to, your MCU/MPU could detect the RXD idle state and configure itself.

START bits will toggle the line during transmission for at least one bit period per frame (START-to-STOP period). Idle state detection would look for the GPI line being at a level for longer than the frame period, then take that level as the idle level.

If the serial data is received by a UART, a further interface circuit could be that below. This lets the polarity of the serial data arriving at UART_RXD be configured by output pin GPO_SEL_IDLE.

The MCU/MPU would need an input from GPI_RXD to perform idle state detection and then set GPO_SEL_IDLE accordingly.

An RS-232 receiver that just conforms to the RS-232 specification would not work with TTL signals. But the MAX3232 switching levels (0.8 V/2.4 V) are reduced to be compatible with TTL.

However, the polarities of TTL and RS-232 are the opposite; you might need to automatically invert the signal.

(The text you quote does not say whether it is your own computer or the third-party system that handles TTL.)

Not the answer you're looking for? Browse other questions tagged raspberry-pi gpio ttl max232 max3232 or ask your own question.