I've developed a PWM LED strip dimmer equipped with a 230VAC to 5VDC converter and an ESP32 board (schematics below). If I hook up the oscilloscope to the input of the LED, the PWM signal shows weird behavior:

Do you have an idea, of what the culprit could be? 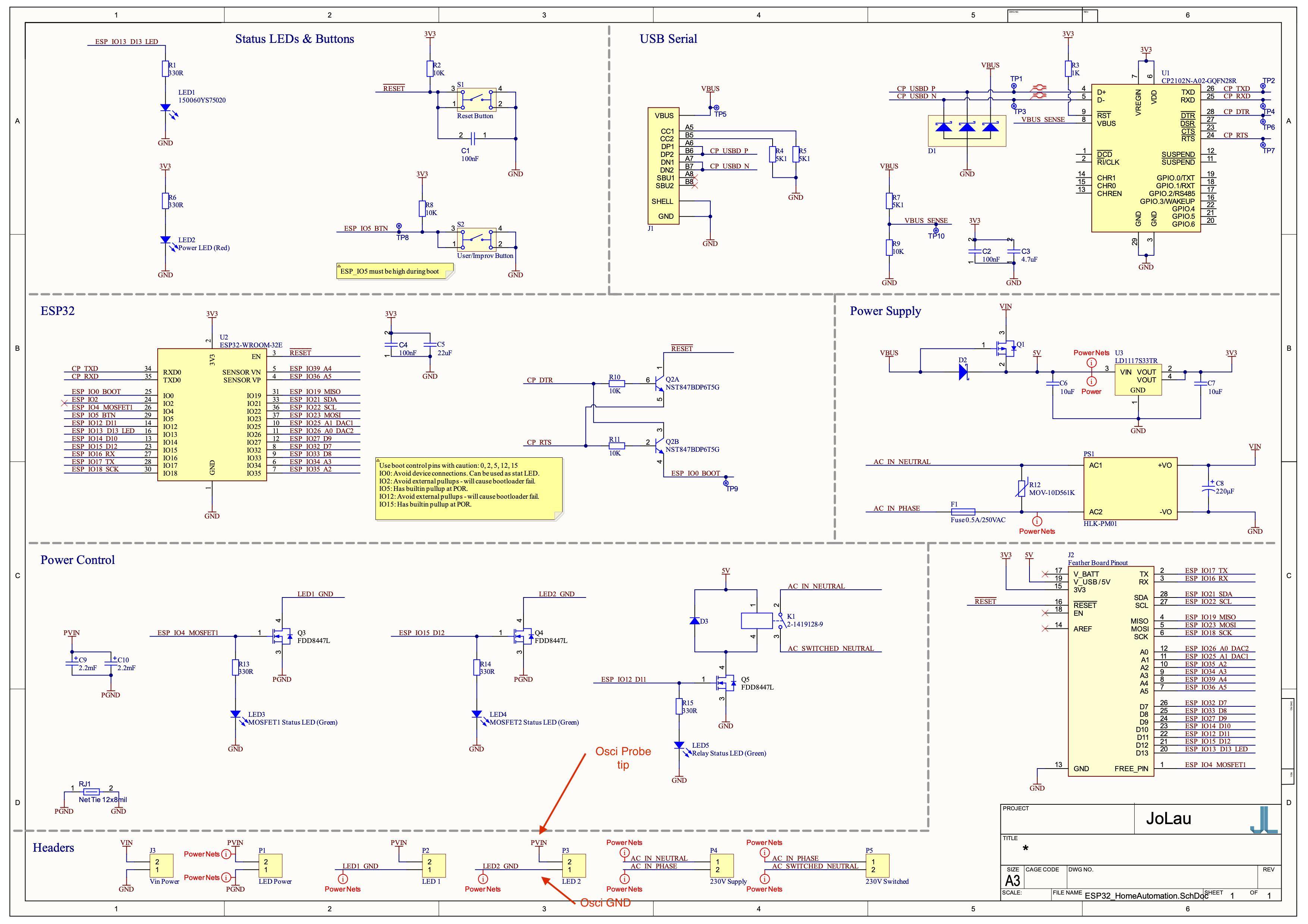 The funny waveform is explained by the scope probes being connected to incorrect places for what you are trying to measure.

You are trying to measure voltage waveform of the LED from the LED terminals, as the probe tip is connected directly to LED positive supply and probe ground is connected to the LED negative terminal.

Due to the floating power supplies, the LED positive can float to negative direction compared to scope ground. There must be an isolated or floating supply. If you had a ground/earth referenced supply, it would basically short out the FET so LED current would flow via scope ground to earth and the LED would be always on. The return path could be via PC USB cable as the PC ground is also connected to earth.

OK, so to measure it correctly, you would use two probes in differential mode. One probe tip to LED positive, and other probe tip to LED negative. Both scope ground clips to system ground (PGND). Then set the scope to display A minus B waveform and you have voltage waveform of LED output pins.

Not the answer you're looking for? Browse other questions tagged power-supply led pwm oscilloscope esp32 or ask your own question.