Which way to read this five band resistor?

Sorry for this basic question. I have a problem determining which way I should read band on the resistor below. I know it's left to right, but which side of it really is "left"? As far as I know, this board was assembled manually, so the orientation of the resistor on the PCB is basically random, or at best unreliable.

And yes, I tried to measure it. Currently it's 0.98 MΩ. Give or take some as I'm using cheap multimeter for the lack of a good one. I believe it's burnt, that's why I'm in need of a replacement.

I asked my friends first and they still argue, so I figured out it's time to ask for an expert help. I also asked the manufacturer, but don't know when and if he'll reply. 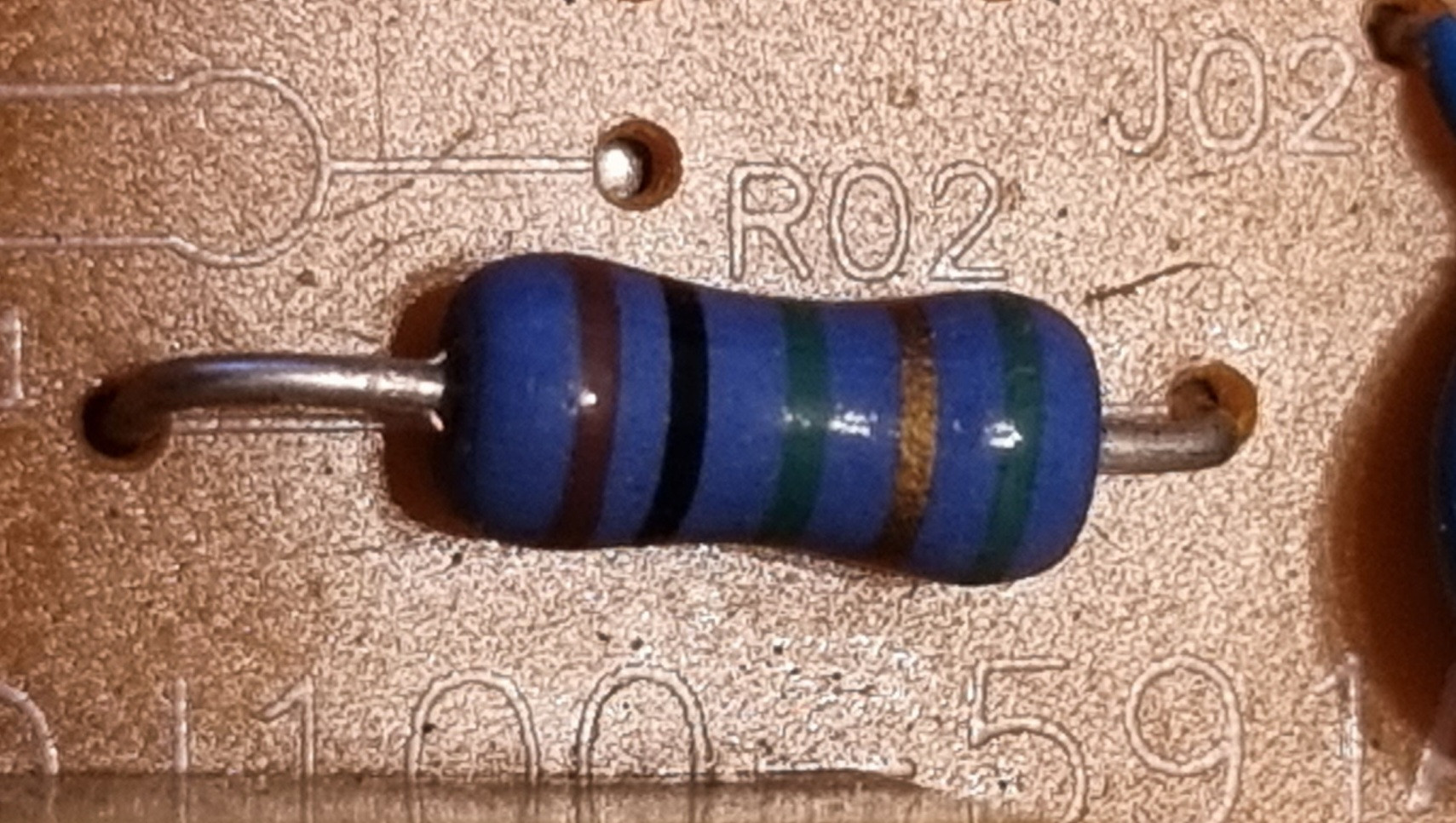 If you measured 1 Mohm it is about right. It's a 1 Mohm 5% special resistor. It is not clear why you think it is burned, as it looks just fine and measures accordingly, so there is no reason to believe it is burnt and there should be no reason to replace it.

So to know how to even begin decoding the colour codes, it must be understood that there are different ways of encoding them, so even if there are five colour bands, it does not mean that a generic five band colour scheme can be used, as there are exceptions like in this case.

So first of all is to determine which way to read start reading the colour bands.

So, as verified with multimeter measurements, it really is a 4-band resistor with an extra fifth band. It means from left to right, it has two value/mantissa bands, one multiplier/exponent band, one tolerance band, and the extra band.

For example, the green band might mean a temperature coefficient of 20 ppm/K, or that it is a fusible resistor, or some indication of specific level of reliability.

So the problem is, if you don't know what the resistor does in a circuit or why it must have some special properties, don't simply change it to a standard resistor, because it might cause issues with the safety or operation of the device.

Gold/Silver is the fourth band. These colors are not used elsewhere.

25
6 Band Resistors, which way should the bands be read
15
Why is the first band on a resistor never black?
5
4 (5) band 5% resistor with superfluous black end?
4
What does a black band at the end of a resistor mean?
0
I need help reading resistors
0
A 4(5)-band resistor with an extra black band
0
Please identify a resistor - it looks like the stripes are brown, black (or blue), brown, gold
1
Resistor with first band in color black
4
Why does this resistor not exist?