I was doing a project of a electronic load and I bought a hall effect sensor to measure the current through the mosfets in this project.

Due to some instability in the hall effect sensor, I needed to measure the current in another way.

And came in my head, why not to use the voltage below the mosfet or between the 0.5 Ohm resistors to measure the drain current of the mosfet (Id).

The image below will illustrate what I want to do: 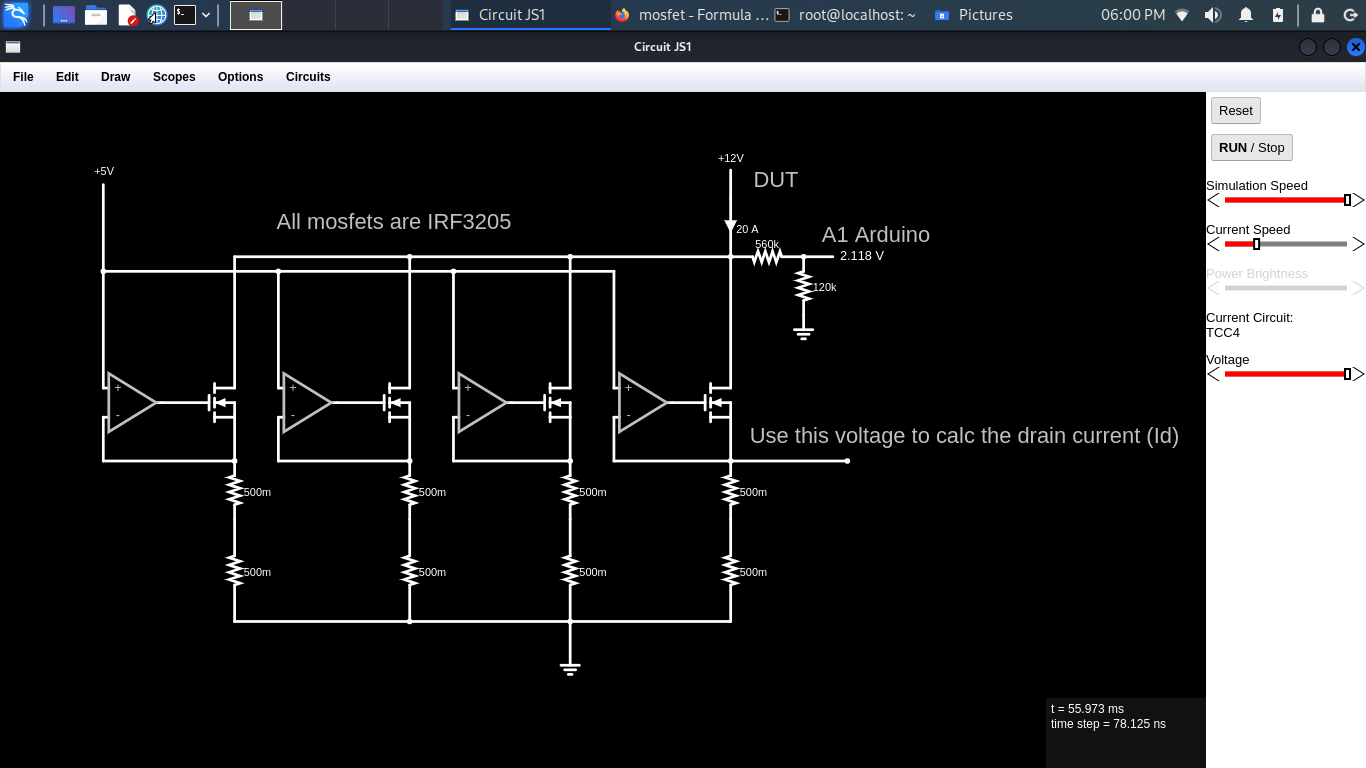 Theres some way to get the formula to calc the drain current (Id) of these mosfets (using this voltage measure point) ?

Further, this electronic load will take sources with max 12 Volts and will drain of these loads a maximum around of 15A.

The current in each MOSFET is the voltage across the source resistor divided by the value of the resistor.

It is assumed that the gate current is negligible.

In the schematic shown the source resistor is 1 Ohm. The voltage across it is 5V (as a result of the opamp and feedback) resulting in 5/1 = 5Amps per MOSFET. Since there are 4 MOSFETs the total current is 20Amps

Note that power MOSFETs have very large input capacitances (thousands of pF). In conjunction with the output resistance of the opamp that will cause significant phase delay that could cause the feedback loop to be unstable.

Adding a couple of components as shown in the schematic below will avoid instability.

The 100 ohm resistor in series with the gate isolates the capacitance from the opamp to avoid its effects. 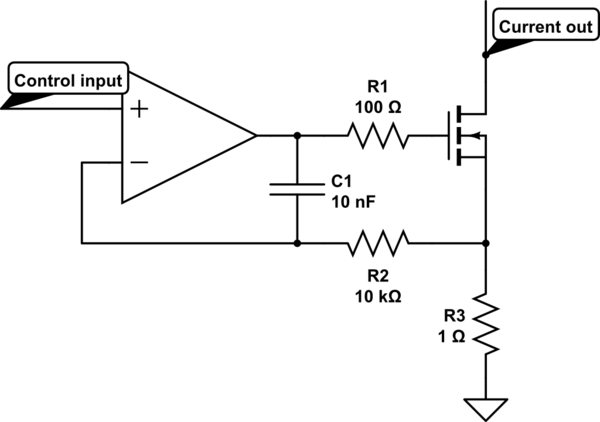 0
Electronic load MOSFET drain to source current suddenly increases
1
How to measure output voltage of this Li-Ion battery circuit?
0
Is that any best way to measure High side mosfet drain current?
0
Do Protected Power MOSFETs need a flyback diodes?
8
One of four MOSFET in parallel heating too much