Below is a circuit I put together that uses a 555 timer and an LED Driver: 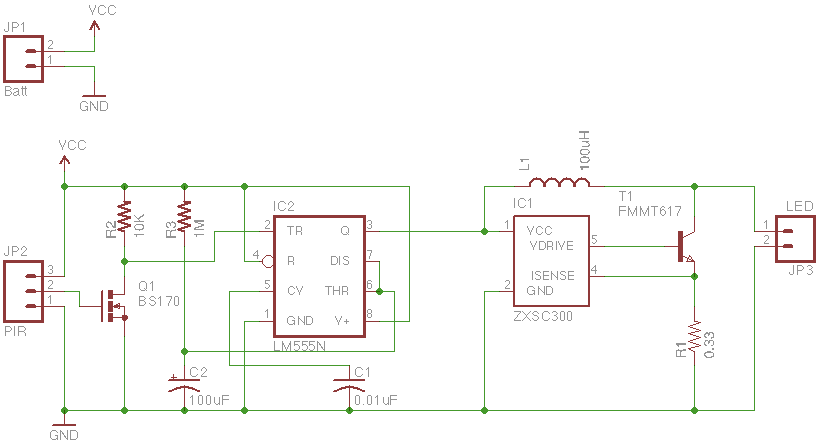 But the strange thing I see is that the timer does not follow the 1.1*R*C equation. The led remains lit for much longer.

I tested this circuit by removing the MOSFET and triggering pin 2 manually. I get the same effect. When I completely remove the LED driver and replace it with just a resistor and LED, it works. I also replaced the 100uF with a 10uF and I see the same problem.

Is the inductor affecting the timer? Is it not a good idea to use such a boost converter + driver to light the LED? Should I replace this circuit with say a 2 transistor constant current source circuit?

I have independently tested the LED driver and it works very well - even with a 1.5 V battery. For the given circuit, I am using a 9V battery.

It's possible that switching noise from the driver is affecting the 555. Consider adding a capacitor between Vcc of IC1 and ground. I would try a value between 10 μF and 100 μF.

Not the answer you're looking for? Browse other questions tagged led driver inductor 555 or ask your own question.