How to implement a Bookbinder PCB design in Altium

I am planning to design a bookbinder with airgap rigid flex PCB using Altium.

Based on guidelines from Altium, and various other sources, it is important to have "staggered lengths", to prevent the PCB from buckling when it is bent.

However, I can not see any documentation on how to stagger the lengths. I have contacted a PCB manufacturer and they have suggested that you might need different gerber files. Is the best option to essentially produce a separate PCB for each flex layer? I have included my WIP stackup. Note there is an air gap in between flex layers, but this is not shown by Altium.

The PCB manufacturer routes the layers separately before stacking them up, so that the inner "flex" layers are contiguous and exposed in the desired areas, called "substacks" which are assigned to board regions in Altium.

When you create multiple substacks, you can use them for each of the flex sections that span across a bend. Altium shows an example of this in the guide "Designing a Rigid-Flex PCB in Altium Designer." (See section "Material Usage" under "Adding and Editing a New Substack.")

Here is the relevant image from that guide: 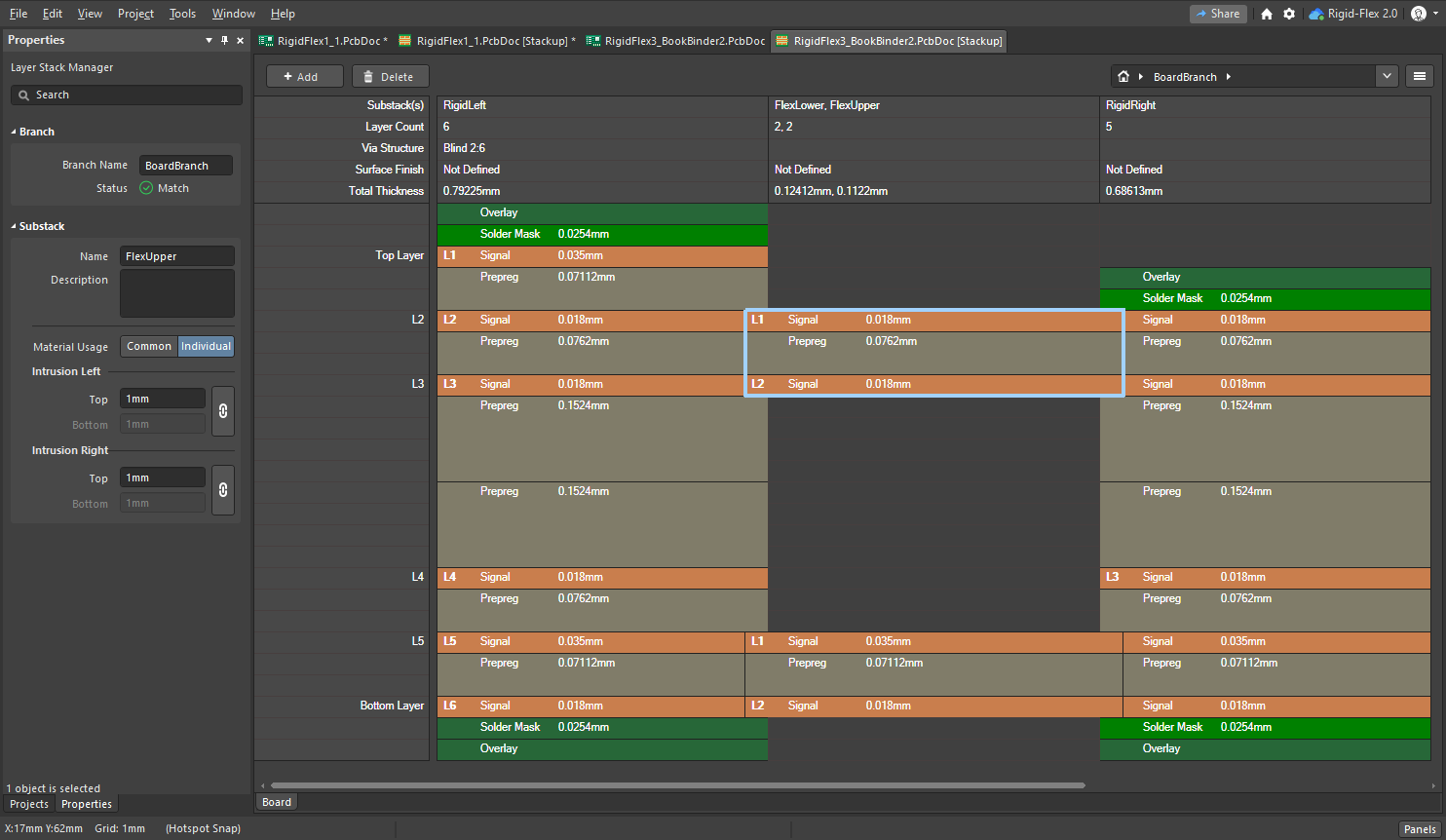 What isn't covered in any great detail, is the Intrusion Right and Intrusion Left properties shown at left in the image. The text of the guide only has this to say about intrusion:

Place the required number of Regions. Regions can be drawn so they are overlapped, note that this does not define the extent that a flex region overlaps into a rigid region, that is defined by the Intrusion values in the Stackup definition.

I would definitely recommend consulting with the PCB fabricator what the intrusion amounts should be so that the bend doesn't put too much strain on any single layer.

Not the answer you're looking for? Browse other questions tagged pcb pcb-design altium pcb-fabrication fpc or ask your own question.