This works OK under linear loads. However, in simulations with switched loads, I'm observing that this is not occurring. See following circuit and simulation result 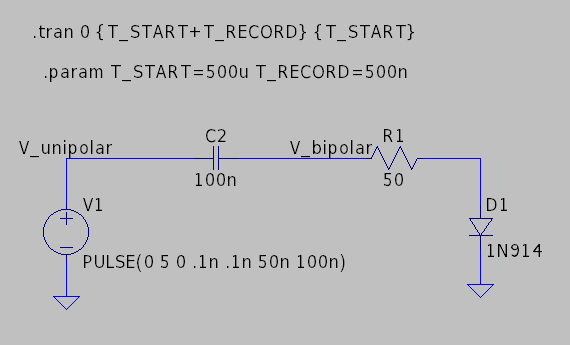 Voltage signal clearly has a DC value. It is a square wave with levels .5 and -4.5. This is not expected under the assumption that "capacitor blocks DC". However it is seen that current waveform has almost no DC (spikes are +80 mA and -60 mA, average value is 8 uA)

If we add a parallel resistor to allow current to flow through the capacitor when voltage is negative, current waveform is no longer a series of impulses but a "square" wave. 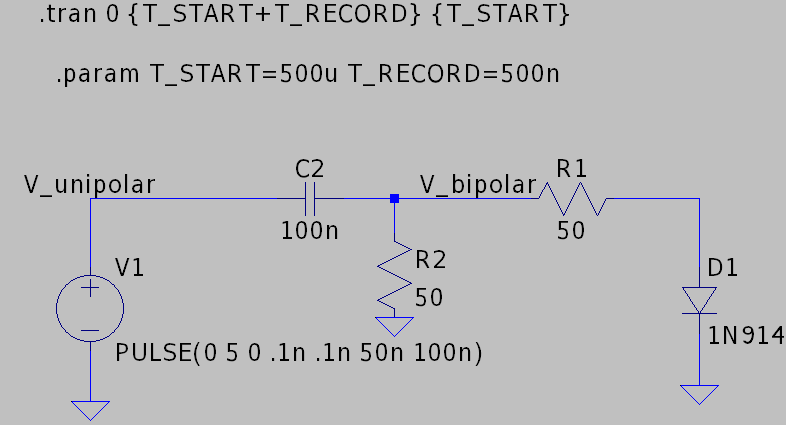 What I conclude from this, is that a series capacitor works as DC block FOR CURRENT. Voltage waveform will be whatever is needed to sustain the 0-DC current waveform. In the case of linear loads this results in voltages with 0-DC, under switched loads (like this case) not necessarily. Is this correct? Or is the effect that I'm observing in this simulations something else?

As a theoretical basis, an ampere-second balance for a capacitor in steady state is presented in Fundamentals of Power Electronics, in an analogous manner to the volt-second balance in an inductor 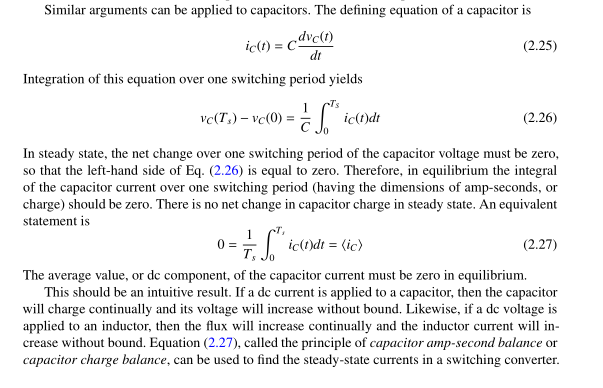 Your circuit has a DC voltage on the right hand side of the capacitor because the diode shunts away part of the voltage during part of the cycle. In essence, the diode is taking what would otherwise be a signal with 0 DC voltage and rectifying it (in a way), this creating a DC component to the signal.

Think about the basics that depend on time constants and duration and the possible differences between your schematic and your actual circuit that would cause 50 to 100 mA current spikes on each edge of plot 1.

(Note to all LTspice users, please get rid of blue plots and use better labels that match the schematic !)

What will cause spikes in the diode current? (seen by series cap current Ic.)

What should the peak current spike be anyhow with a few pF across the diode symbol?

Although Falstad's browser JS simulator does not model diode capacitance, it does a better job with plotting results on all parts.

Not the answer you're looking for? Browse other questions tagged capacitor transient capacitor-charging dc-blocking or ask your own question.