How can we explain this strange phenomenon with an optocoupler switching? 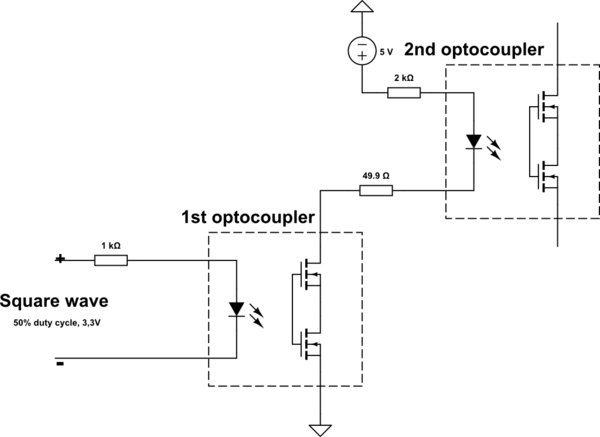 Could you please explain what physical processes cause such behavior of the optocoupler?

On each oscillogram, the top green signal is true square wave input and the bottom yellow one is the voltage at the cathode of the second optocoupler. The optocopulers are PS7122AL-2A-A. 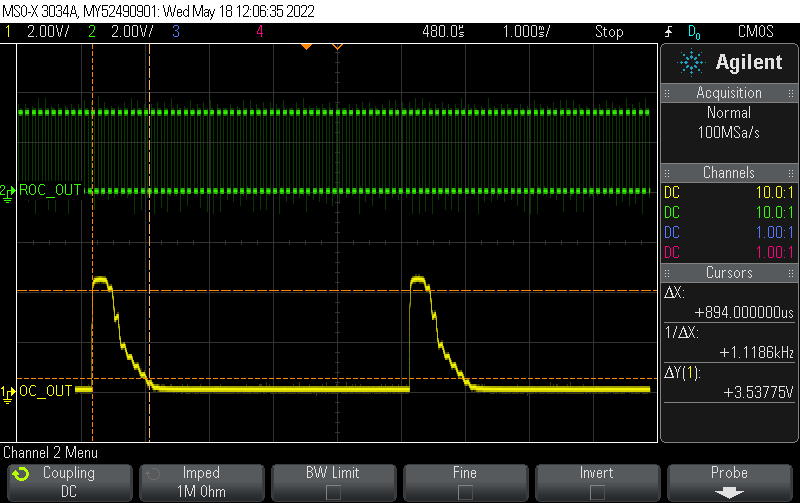 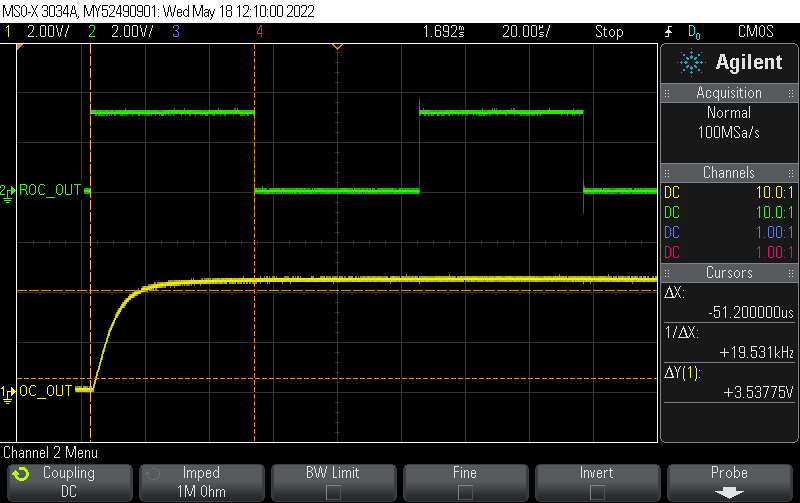 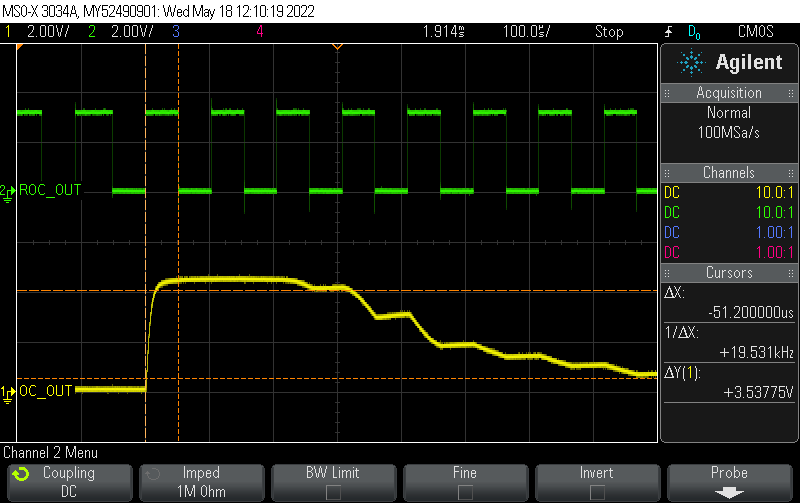 The PS7122AL-2A-A is not just an optocoupler. It is defined as a SSR or Solid-State Relay.

It isn't stated further how much it will increase; however you have found the answer experimentally - it can increase a lot to the point of behaving erratically.

SSR's are intended to switch a load on or off only, infrequently, not PWM them quickly. For that, a real optocoupler (such as an opto-transistor) is needed. The effect you are seeing is likely due to there being many more physical components/circuitry present inside the package than the drawings indicate.

Typically, SSR outputs must deal with relatively high voltages, bi-directional AC, and surge currents. So additional components/circuitry is added to protect the switching devices and facilitate such operation. Those additional components tend to be rather slow-acting, resulting in the strange behavior witnessed.

While the internals of a MOSFET based SSR are typically shown as in your circuit, it is a gross simplification of the real circuit. In reality the LED illuminates a separate photocell array which produces the Gate drive voltage, and a discharge circuit removes charge from the FET Gates when the LED is turned off.

Here's a (still simplified!) diagram of the internal circuit of a Panasonic PhotoMOS relay:-

The extra FET normally acts as a current sink to discharge the FET Gates quickly when the photocell array is not illuminated, but is turned off while the output FETs are being turned on to reduce its effect on turn-on time.

The real circuit could be even more complex than shown here, with more components controlling the discharge FET's Gate. At high switching frequencies this circuit could get 'confused', resulting in the behavior you see.

Not the answer you're looking for? Browse other questions tagged opto-isolator optoelectronics or ask your own question.

2
connection from an comparator to an optocoupler
1
How to drive optocoupler with BJT properly [schematics]
3
Debugging a PIC16F84A interface with a 4N25 optocoupler
1
Using optocoupler with MOSFET for dimming a LED
5
Understanding optocoupler performance with collecor or emitter resistors
4
In an isolated SMPS feedback design, how could optocoupler latency be higher than the switching period?
4
How to select a good optocoupler for uart to 20 mA current loop converter?
0
Reverse function optocoupler in series with physical NC switch?
0
Rise time of 6N136 opto-coupler
0
Optocoupler design - why does this circuit work?