Is my microcontroller damaged?

I tried the simplest code with a blinking LED, but it is not working.

I connected the LED to PB0 through a 1k resistor. The software (AVRDUDESS) is detecting the microcontroller (ATmega16) fine, but when I run the program, the code is not working. The LED stays OFF.

The MCU was working till recently, is it possible it's damaged even though the program recognizes it?

I checked the LED and it's not damaged, so don't see a reason why it wouldn't work. 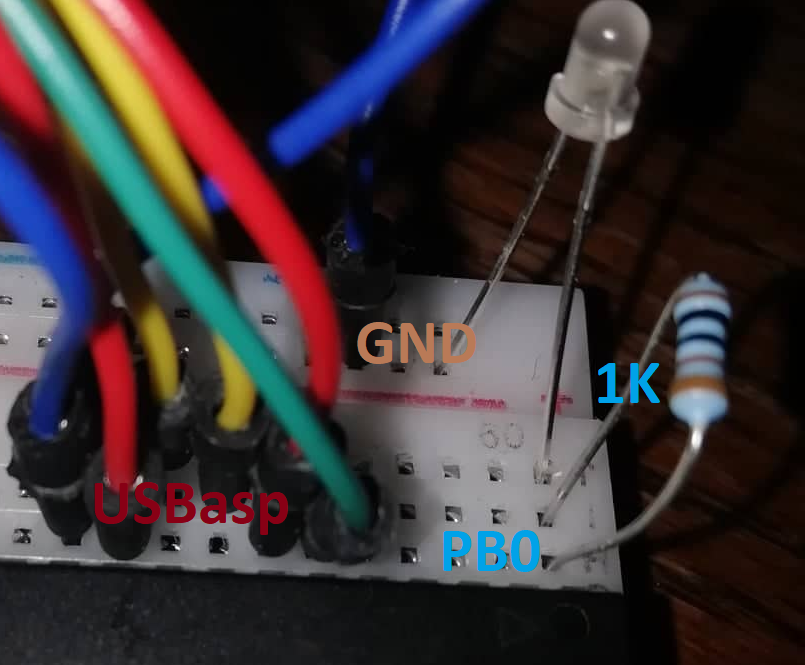 Check your resistor and LED wiring. You'll see you have one side of the LED connected straight to the microcontroller as well as both ends of the resistor. The picture heavy Arduino tutorials have many examples of series wiring of LED's on a bread board. That should clear up your mistake.

Disconnect LED and pull your pin up by a 10k ohm external resistor, measure the pin voltage when its 0 and 1.

A damaged Pin may be always 0 with no pullup resistor and makes true value with pullup resistor. Connect cathode to the pin while anode is connected to VCC series with a resistor and check again. If LED is turned on when its Low then PMOS may have been damaged.

2
Only one LED is working on this traffic light circuit