I'm interested about whether or not a conventional neon sign such as this one could emit x-ray that could be harmful. 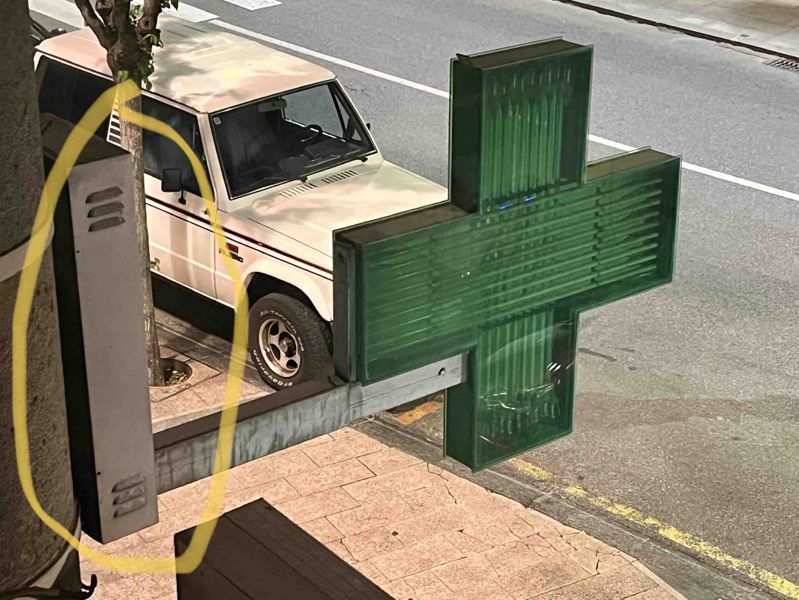 The sign that you can see in the picture is just below my office window so I'm basically sitting like 8 hours a day about 2 meters away from the sign which is functioning the whole day. Just curious if this can cause any harm of any kind because of the long exposure.

Neon signs do not produce X-rays. Although they operate at high voltages, the gas within the tubes prevent electrons from gaining enough energy to produce X-rays.

However, if one wants to split hairs, all emission of electromagnetic waves is probabilistic. Even an incandescent bulb will produce a negligible amount of X-rays. Maybe one photon per second, or maybe one photon per year. I don't know the rate but it is very small compared to the more or less astronomical number of photons produced by an X-ray machine. I would guess that the amount of X-ray radiation you would receive from a neon light might well be less than what you would receive sitting under a beach umbrella on a sunny day.

Edit: I just did some back-of-the-envelope calculations to estimate the power of the X-rays emitted by an incandescent bulb.

Assume an incandescent bulb emits black body radiation according to Planck's Law, and is at 2700 Kelvins. Assume further that X-rays consist of photons with frequency 3 x 10^16 Hz.

To find the relative intensity of X-rays to yellow light, I divided the Planck's Law result for X-rays by that of yellow light and get this approximation.

So, (with a bit of further approximation) there is somewhere around \$4 \times 10^{231}\$ times more yellow light emitted from an incandescent light bulb than x-ray radiation. AFAIK, that is more than the number of atoms in the visible universe.

This was just a fun calculation and not meant to be precise.

As shown with the black body radiation equations given by Math, to produce x-rays based on the temperature of the object takes temperatures well above our normal capabilities. That is not how we produce x-rays, nor is it how light is produced by neon lights.

We produce x-rays in a similar fashion, but consider this.

Neon signs can be operating with 2V to 15kV, but for an electron to gain the energy of the power source, it needs to be accelerated from the negative electrode and strike the positive electrode without colliding with atoms, causing energy loss. In a neon sign electrons collide extensively with noble gas atoms. As the electrons lose energy in the atom's electron shells, they produce visible light photons (1.75 to 3.1eV). The unobstructed path between the electrodes to produce x-rays isn't there for neon signs.

Not the answer you're looking for? Browse other questions tagged safety neon x-rays or ask your own question.