We are building a bar telepresence robot using two BLDC motors (scavenged from a hoverboard), two 500W motor drivers like this one and an Arduino that processes input from a RC receiver to deliver the speed and direction inputs to the motor controllers. The motor driver side is powered by a 36V LIPO battery (from the original hoverboard), the Arduino is powered by a USB battery pack. The ground of the Arduino is connected to the 5V ground of both the motor drivers. 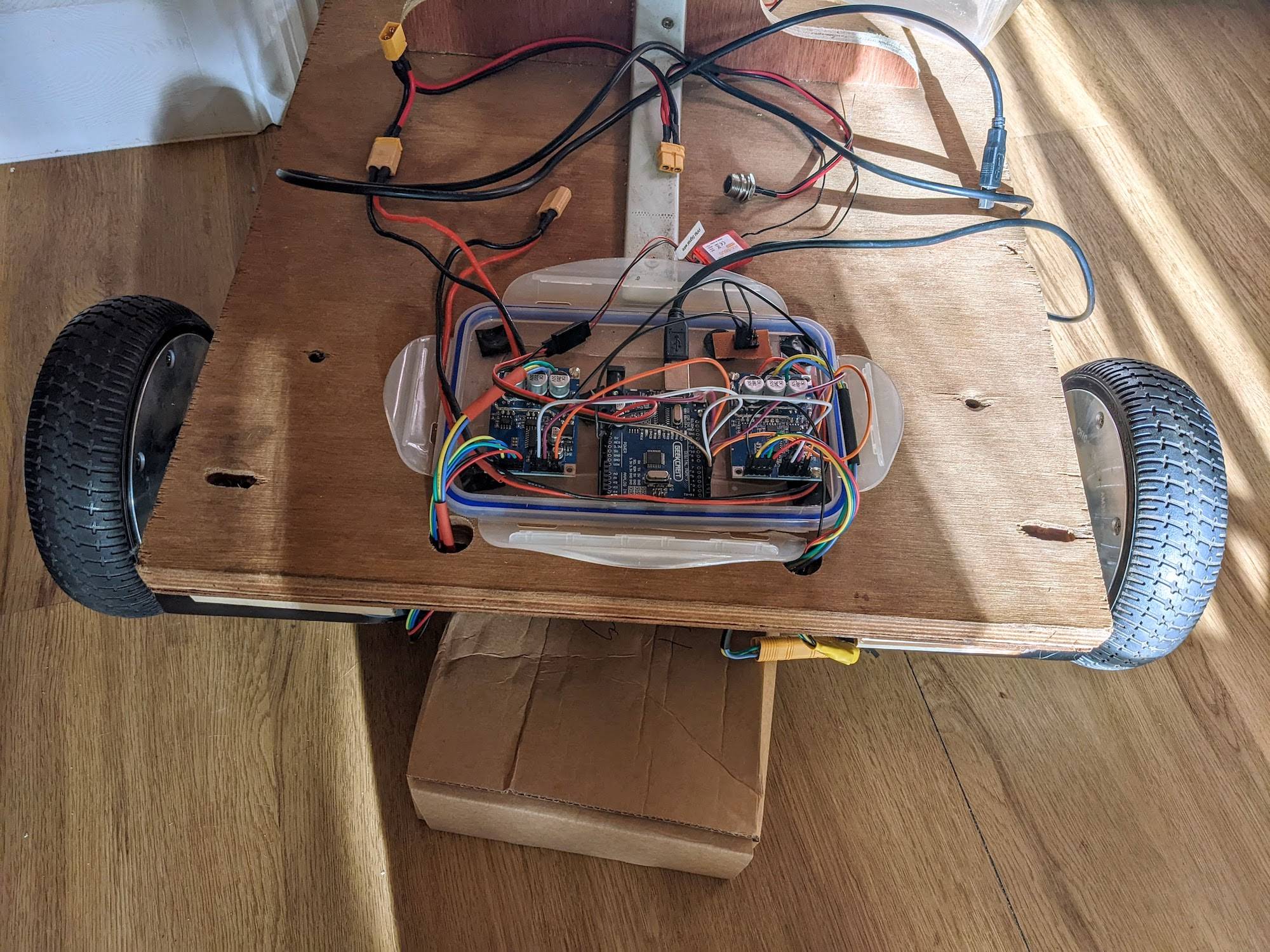 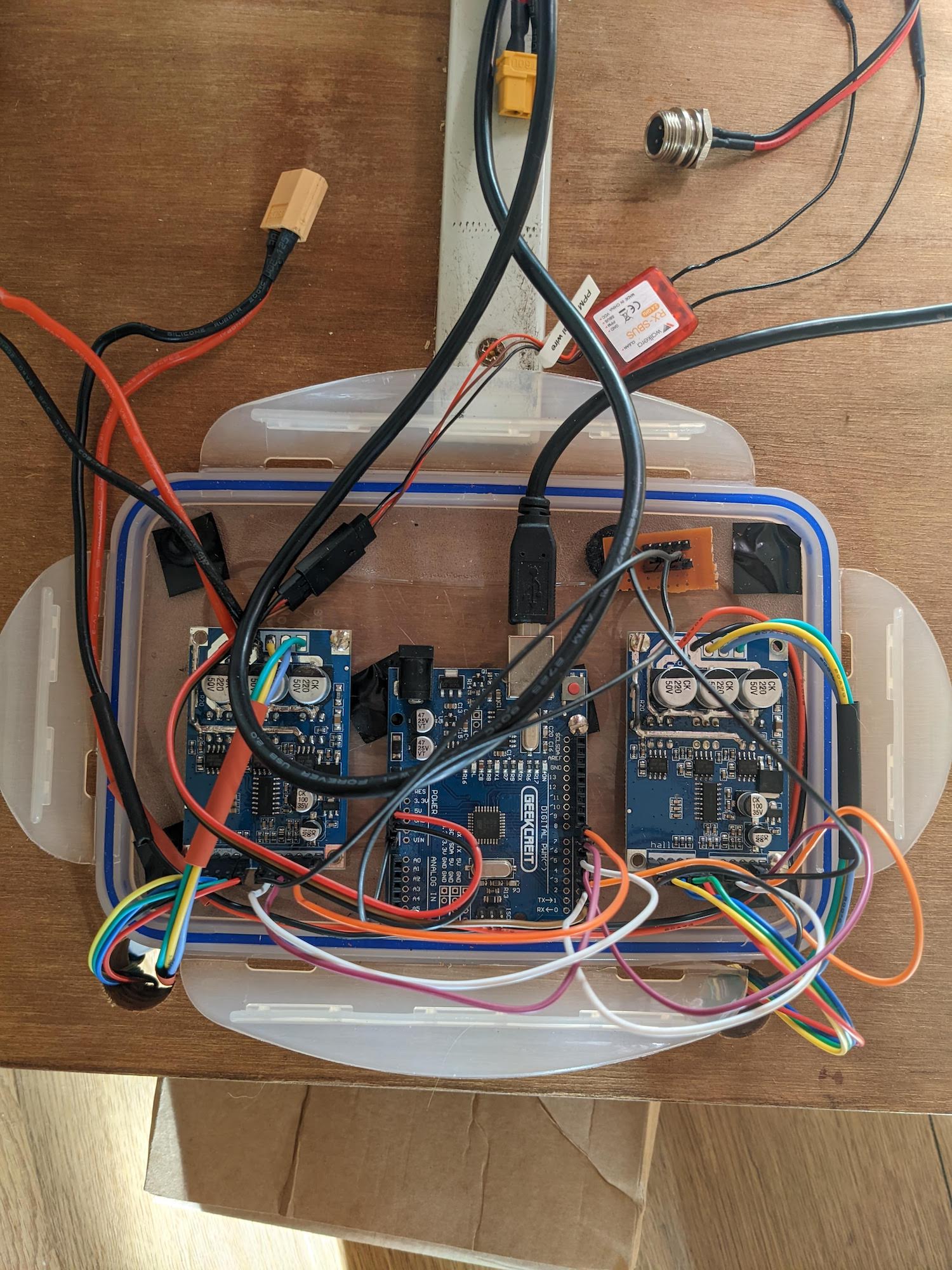 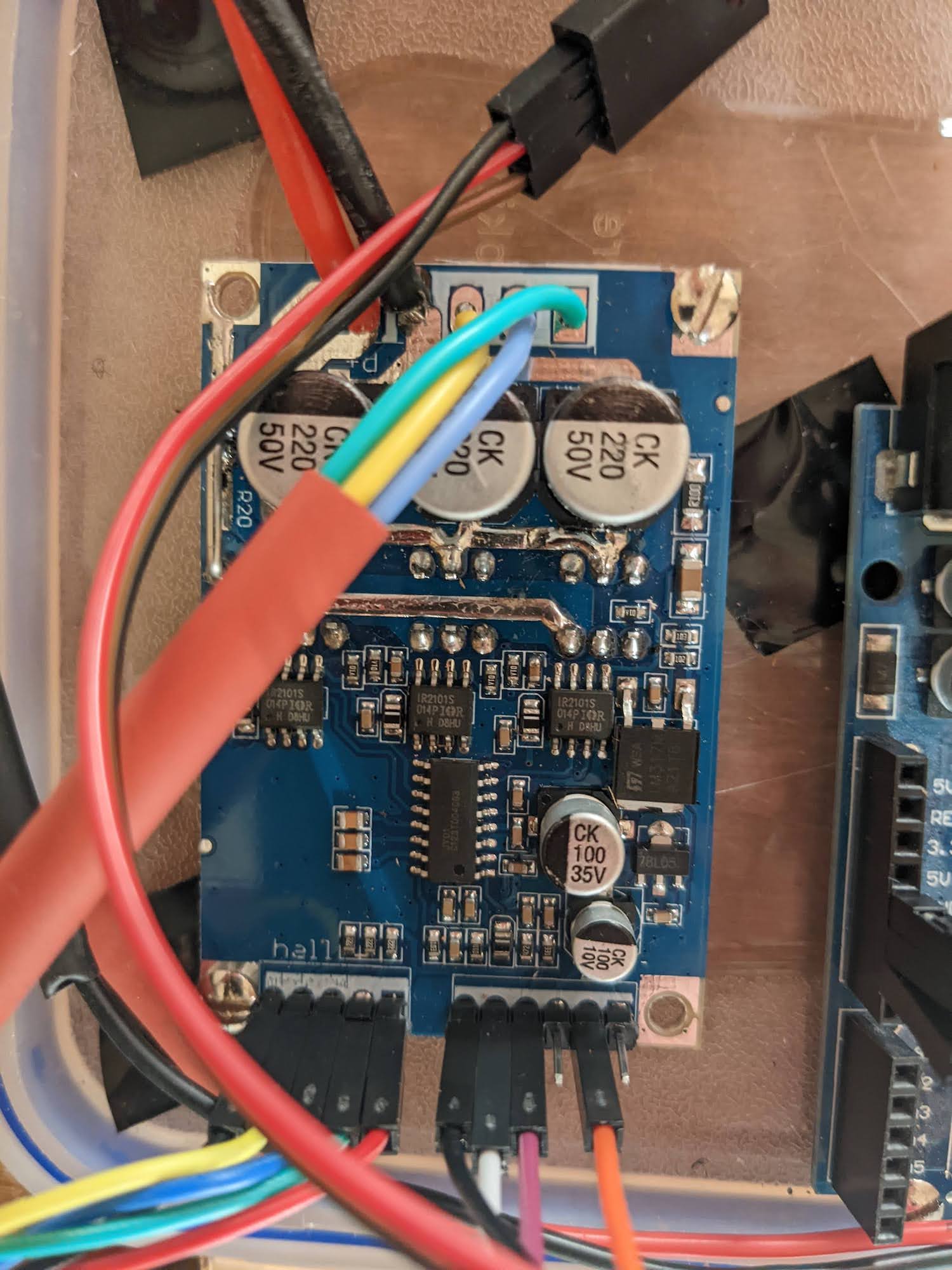 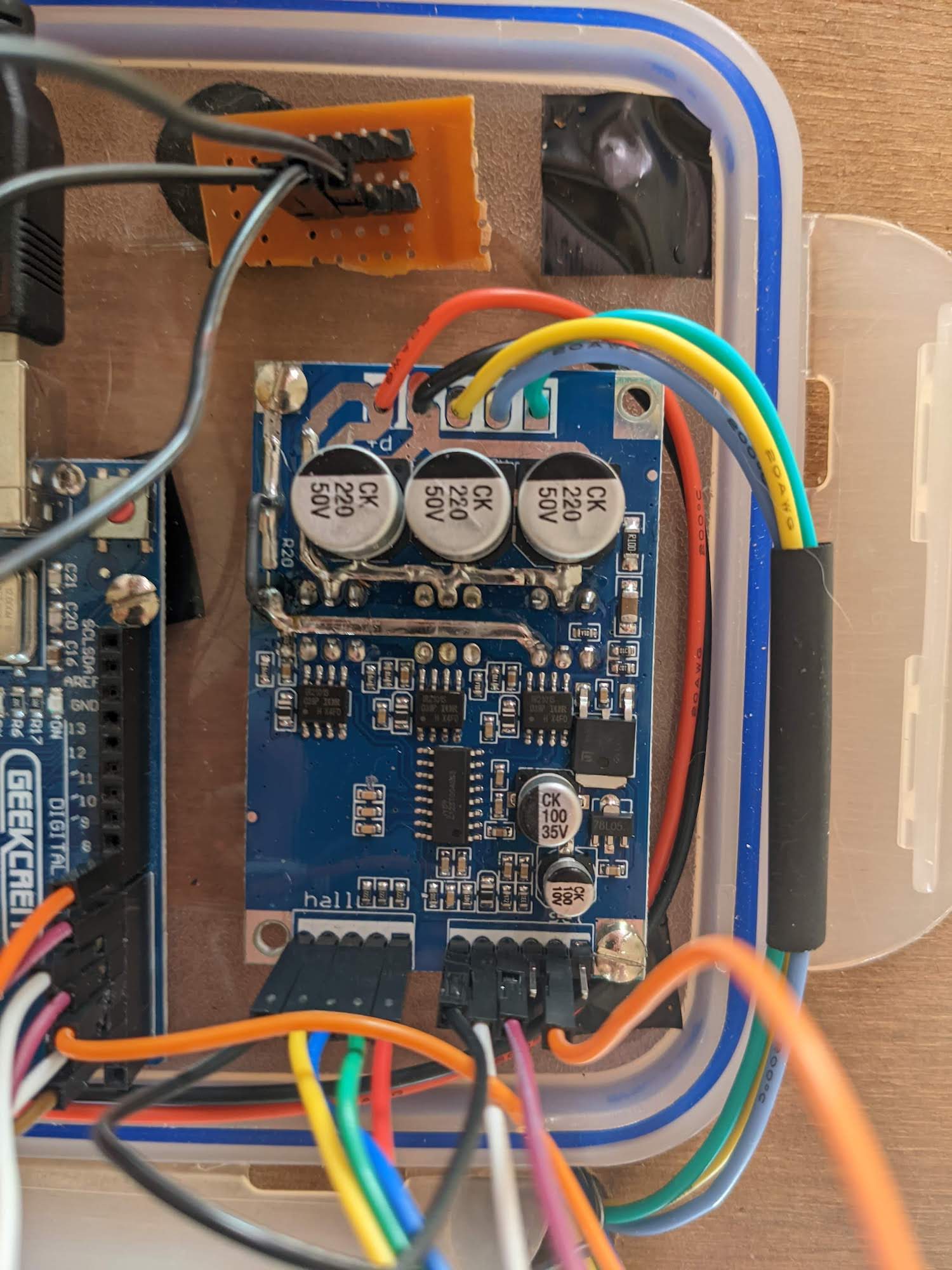 The left-hand motor and driver have worked perfectly since the start. The problem is that so far three right-hand drivers have failed and I have no idea why.

There are some differences between the working driver and the failing one:

Does anyone have any clues as to what might be the problem?

Finally I am a software engineer and have very limited electronic knowledge so please assume I am an idiot!

As jens has noted, the large 3 terminal device at middle right of the board is a LM317 voltage regulator. Products from a reputable manufacturer are typically rated at 40V input to output voltage differential. This usually means that they will survive about 40V + Vout
(ignore: as the regulator effectively "floats" with it's output at Vout so does not "see" the total Vin across it.)

A regulator from unknown suppliers MAY not meet this requirement.
This is a known real world problem with LM317 regulators.

Regrettably, once a board has failed, if this is the problem the board will probably have been damaged in other areas as well.

Solution: IF this is the problem, replacing the LM317 with one from a reputable source before powering the board will solve it.

Whether the LM317 is adequately rated can be checked by removing it from the board and operating it in a test circuit. This is relatively easy for an experienced user but not very worth trying if inexperienced - replacing the LM317 untested is easier.

In the UK there are a number of major suppliers who are liable to sock the LM317. Maximum certainty is achieved by using an LM317...HV part 0 rated at 60V, but a usual LM317 rated at 40V should suffice.

RS are not cheap and you need to but 10 - but they are usually very prompt and usually carry stock - see [here](https://uk.rs-online.com/web/p/voltage-regulators/7140792

Check that the onboard connections on the new boards are identical to the old board. Stranger things have happened.

Note well the comment on the driver page that you referenced:

They are saying that the hall switch connections may vary and could cause misoperation or driver destruction.

So I think (but I don't have proof), that the different LM317s are the problem. We definitely have two different LM317M variants, the working board is different to all the failing boards. I did also notice that the LM317s were very hot when the board was working.

A friend who specialises in high-power DC motor drives says:

The driver o/p transistors are coming on before the control electronics is powered up correctly. The power transistors will be a push pull arrangement. If both top & bottom come on together, you have a dead short across the battery. Then smoke or fire.

This fits the symptoms:

We have switched to using a 12V power supply (we don't really need 36V power anyway), so far the drivers are fine at this voltage.