I need to connect an input signal from a function generator to a circuit I made on a breadboard. 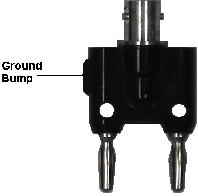 If I use a BNC to Banana cable, then would the "ground" of the function generator (the ground on the banana clip) be the ground for the entire circuit? I suppose my question is, is the ground voltage just something I choose so long as I keep it consistent, or is there a literal ground on the breadboard somewhere? 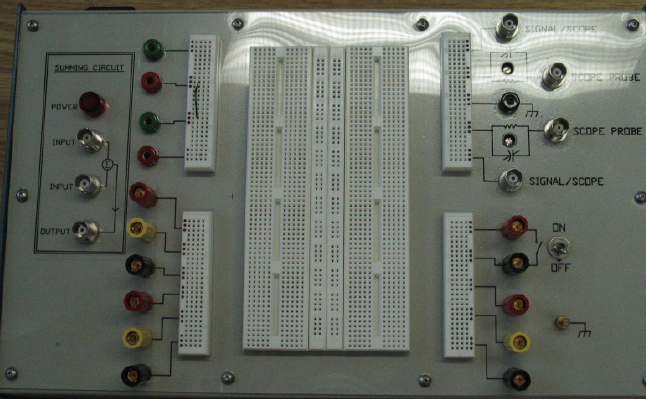 There are four common types of ground:

Realistically, all of these grounds are the same, but they are usually kept separate for the most part, only being connected together in a single place to avoid loops, and often using an inductor.

To connect any two circuits together, they have to share a ground connection. While this does not always mean "earth" ground (such as battery operated devices) it does mean a common node for the voltage return. In the case of a function generator, there are two connections from the device: signal and ground return. The signal will have your "function" being generated such as a sine wave. The ground connection is necessary to complete the circuit. Without it, no current can flow.

As far as connecting it to a bread board, there is no specified ground connection. Any pin could serve as ground. Often, there will be a common column of female headers to be used as a power or ground rail. In your bread board, there are four of them in the very center. You need to connect the ground of the function generator (the black plug, or the outer shell of the BNC) to the common node (ground) of your circuit.

Ground is not a "voltage" but a reference to the level of voltage. The voltage level of ground is said to be 0, so all other voltages are measured with ground (0V) as the reference level. Some circuits use "virtual grounds" which can be levels other than 0V, but that is a bit more complex.

Look at the picture of the breadboard - bottom right-hand corner - there is the ground connection: -

Otherwise, "ground" can be whatever you choose it to be.

It depends on the function generator. It's pretty common for the shield of the BNC outputs of a function generator (which would be the black banana plug) to be connected to true earth ground, but you need to check the manual to be sure.

Not the answer you're looking for? Browse other questions tagged ground breadboard or ask your own question.

4
Advice on ground plane in my first PCB
1
Use indepenent power sources for Arduino and for breadboard
1
ADC EVAL_AD7984_PMDZ voltage source and signal source sharing common ground
1
What do these dashed/dotted lines mean in this power cord schematic, and how should I ground this device?
0
floating ground
4
How can I get ground from a NEMA 5-15R wall socket without electricity?
0
Logic DIP switch console breadboard
3
How does my breadboard circuit diagram look? Is my circuit going to explode?
0
How do dual output in waveform generators make sense