How do you read this graph? Because on the Y-axis the units are all weird and the numbers are strangely negative. 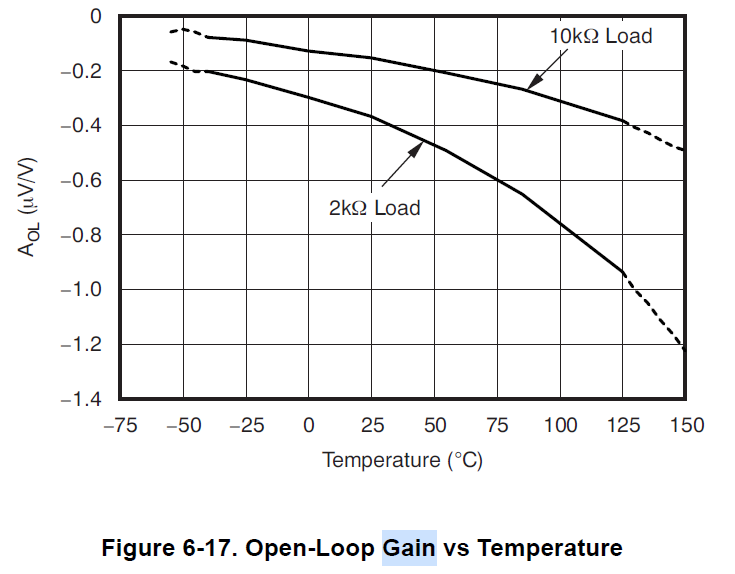 The open loop gain is listed as:

Thatâ€™s 136dB which is quite a bit higher than the typical figure of 126dB over a wide common-mode voltage range.

Not sure why theyâ€™re stating it as negative, maybe aesthetics so up=positive, either polarity is okay- it depends on which input they are assuming to be connected to the signal input.