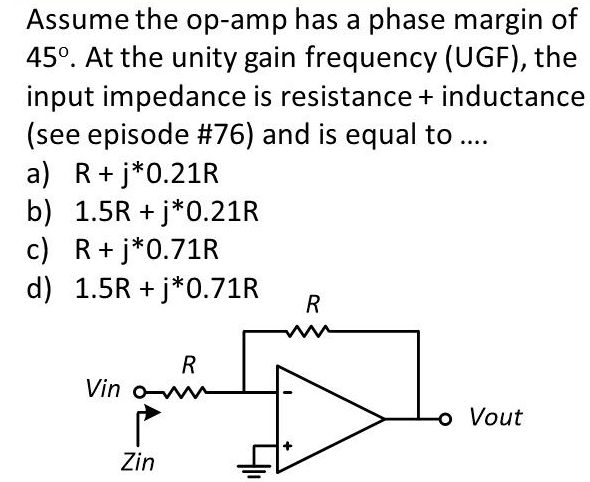 I am having some trouble understanding the background of this question.

I think they are saying that as you sweep the frequency of Vin, the impedance Zin seen will be different as you pass through the different pole location. For example, at DC, impedance should be purely resistive? Capacitors introduce a pole so a -20dB/dec and a -45degree phase shift at the cap pole location which eventually becomes a -90 degree shift.

Can someone just provide me some hints here to help me solve this?

The OpAmp has a phase margin of 45 degree at UGF so you can model it as follows: 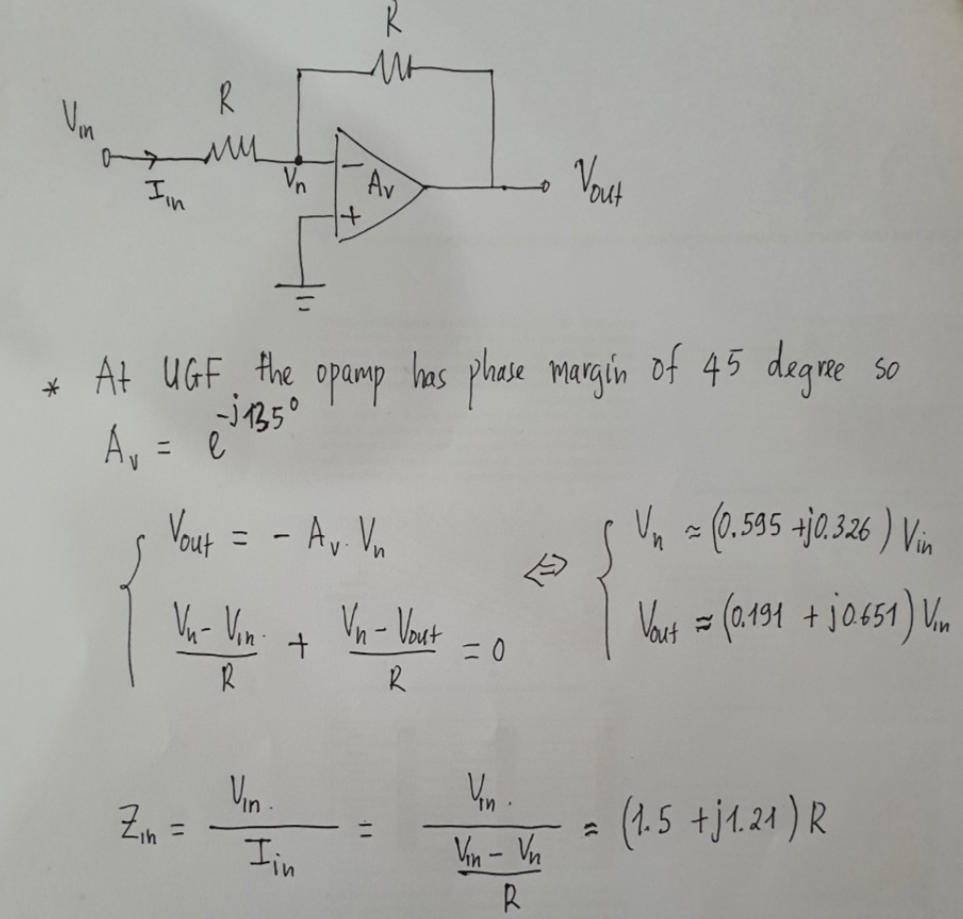 Let's use the Blackman formula to find the input impedance.