What is this component in a power supply?

We bought a Cisco 6500 series 6 kW PSU and took it apart. This is a module connected immediately to the inputs of the power supply unit. Does anyone know what it does? 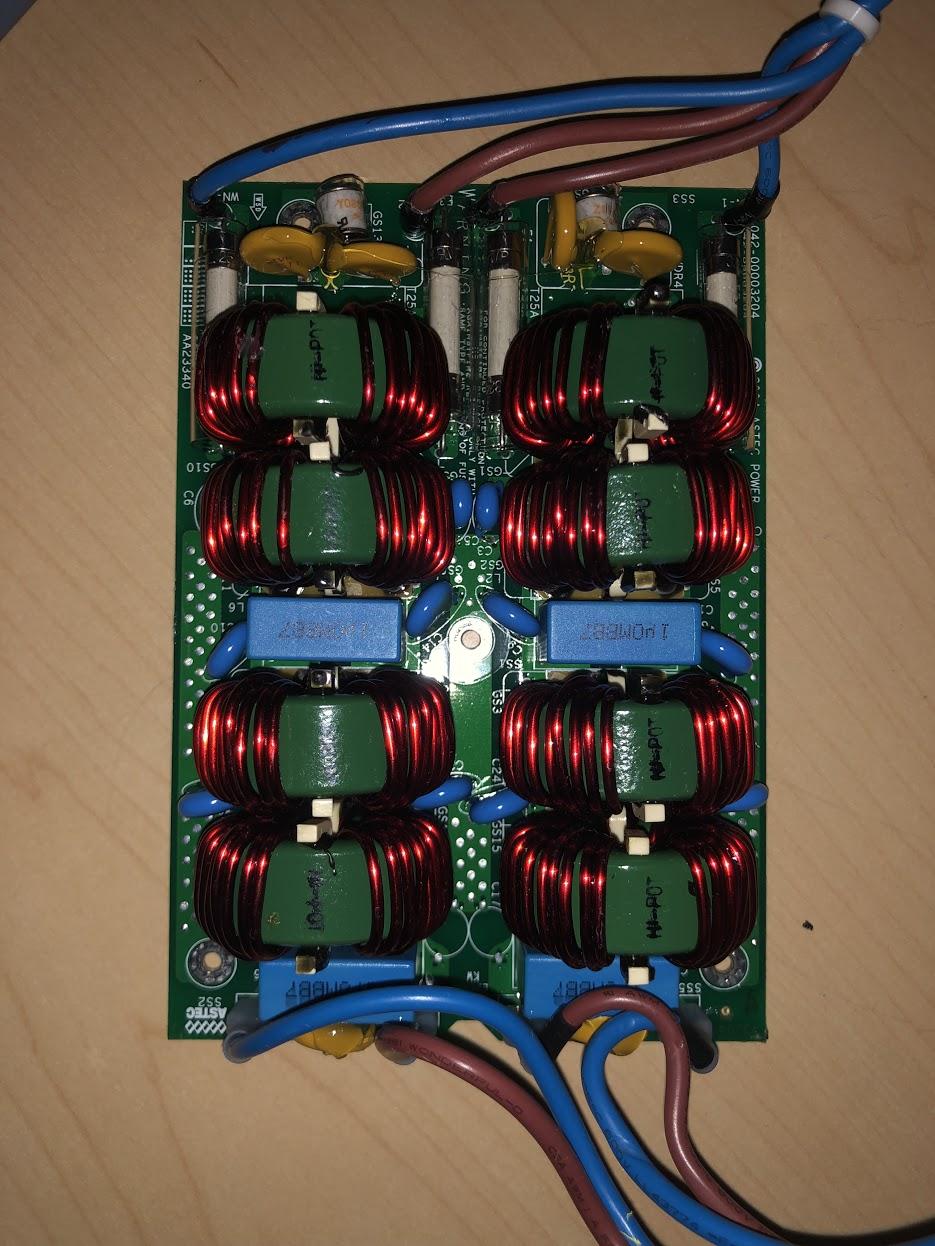 Without part numbers we can't know for sure what some of the components are. And without a schematic we can't know how they are connected, so we can only make a guess as to what they are doing.

Even so, we can make a guess based on experience that is probably pretty close to the truth.

Staring from the top...

I first see two fat white cans that look like gas discharge tubes. They would be used for lightening or other over voltage protection.

Next to those I see some large orange parts. These could either be...

Next, I see four long white components, which are almost certainly fuses.

Next there are eight large components consisting of green metal rings with red wire wrapped around them. These are inductors. They would most likely be used for EMI filtering.

Not the answer you're looking for? Browse other questions tagged power-supply filter inductor rectifier power-factor-correction or ask your own question.

2
What is the ROF pin on my power supply?
1
Power supply turning off when a motor is stopped then quickly turned back on?
2
Always on lifepo4 power supply - will this circuit work?
0
Understanding this Mean Well Power Supply
0
Why does this 5 V power supply work and the other one doesn't?
0
Line Filter in Power Supply question
1
How to choose input filter component value for power supply
0
Power an RS550 motor using an ATX power supply