Relation between collector current and Vce voltage in saturation mode 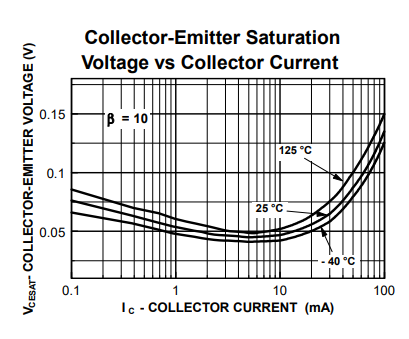 As I was surprised by a picture as the first of OP, I tried to find it by simulation.
No too easy, as we "do not know" how it was obtained and what is the signification of beta=10.
I guess that beta=10 is the "forced" beta, that is to say, that the imposed currents would be so that \$Ic=10*Ib\$.

And here is what the simulation says (not too bad ...).

As generally, Ic currents are "large", we use the assumption that Vce_sat grows with Ic, it is obviously the case ... except for very low "Ic" (perhaps useful and used in integrated circuits).

NB: Note that the second OP picture does not say the "same thing" because Ic current is not "interpolated" between 1 and 10 mA, thus this "conclusion" can't be checked ... 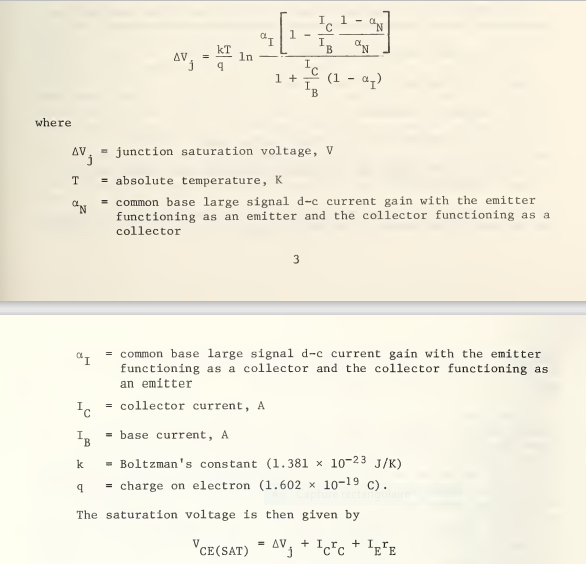 Interesting question. I try my 2 cents on the matter, it's just a guess, don't take me seriously.

In a BJT, saturation voltage \$V_{CE}\$ depends on many factors, the two most important being the voltage difference between the two forward biased junctions (\$V_{BE}-V_{BC}\$) and the voltage drop across the parasitic resistances, specially the collector one.

In your case collector current is minuscule, so probably the collector parasitic resistance is not important.

where \$\beta_\text{for}\$ is the forced beta, that is the ratio between collector current determined by the load and base current injected into the base (in your data sheet it's 10). \$\beta_F\$ and \$\beta_R\$ are the forward and reverse current gains. \$\alpha_R=\frac{\beta_R}{\beta_R+1}\$ is the reverse base transport factor.

I suspect that in this case when the tiny \$I_C\$ increases, \$\beta_F\$ increases as well (in theory it should be proportional to \$\sqrt{I_C}\$), the logarithm argument decreases and \$ V_{CE_\text{sat}}\$ decreases. Unfortunately I have no news about the behavior of \$\beta_R\$ :(

A final general warning about data sheets, not really applying to this case. "Static parameters", like saturation voltage, beta..., are measured with a pulsed technique to avoid heating the silicon. Unfortunately at very low current there is no time to charge or discharge the parasitic capacitances and in some cases this effect is even visible on data sheets.

The C-E voltage is lowest at the collector current around 5mA. It increases whether you decrease or increase the current away from this saddle point.

Yes, you can - assuming no other variables are changed. However you might be a little confused by the datasheet graphs because they do not show this relationship directly.

The first graph shows Collector voltage when Ib is forced to Ic / 10. At this point the transistor is well into 'hard' saturation, where changes in Base current have little effect on Collector current. A ratio of 1:10 is commonly used as an 'overkill' to guarantee saturation independent of the individual device's 'normal' current gain.

To see the direct effect of Collector current on Collector voltage with fixed Base bias, you need a different graph. I generated the graph below using LTspice to simulate a 2N4124 with a fixed Base current of 100 uA:- 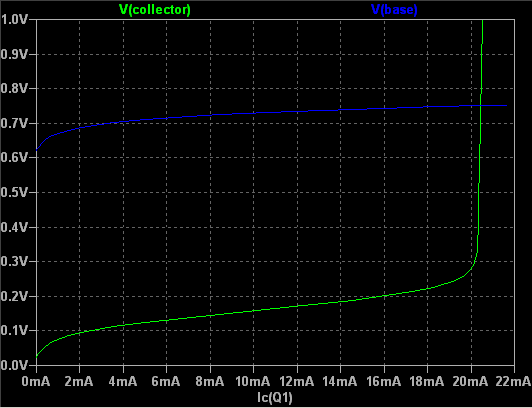 Not the answer you're looking for? Browse other questions tagged transistors dc semiconductors biasing or ask your own question.