I have a PCBA power powered by two AA batteries. The power supply is a ISL9111EH30Z-T7A regulator, which provides an output of 3.0 V when powered by two cells. The board itself has a ATSAMR-type device on it as the main load.

Power supply schematic, which is basically right out of the datasheet. The one signal that goes down out of sight is just going to a resistive divider of 2M total, then going on to the micro so it can sense the battery voltage.

The chip is not reaching a stable output and appears to be encountering a fault condition. Given a 2.7 V input from an external power supply, the output is seen below: 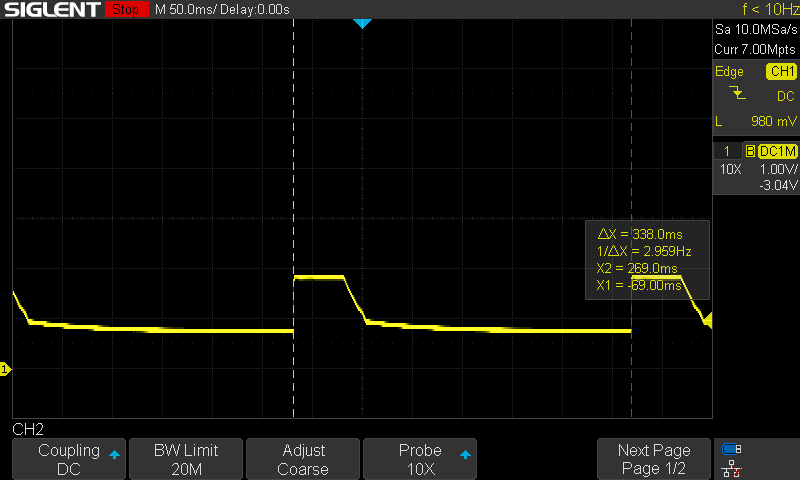 The datasheet says that it will re-try the output after about 200 msec, and it appears that's what the oscope says. However, the output is not even clearing 2.0 V, and is failing after about 60 msec or so.

All boards in the prototype run show this behavior. Visual inspection shows all solder joints are good and the orientation of the regulator chip is correct (pin 1 check). On one board, I cut the 3.0V trace off the output capacitor to isolate just the schematic shown above, and there was no change in behavior. Powering the board from about 2.5 - 3.0 V from external power supplies and from two AA cells also does not change the behavior except for a slight DC shift in the oscope shot above.

Of note, the SW pin from the inductor does not appear to be switching, but is at a constant voltage equal to the input voltage, as shown below. The inductor not switching is obviously a big problem, but the datasheet doesn't give a lot of info of why it may decide not to. All boards show the SW pin not switching. 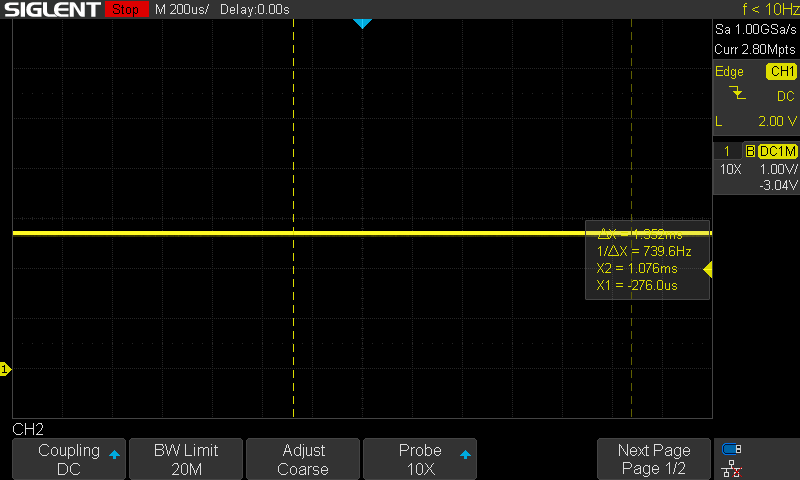 A picture of the layout. All components shown in the schematic are on the top layer. 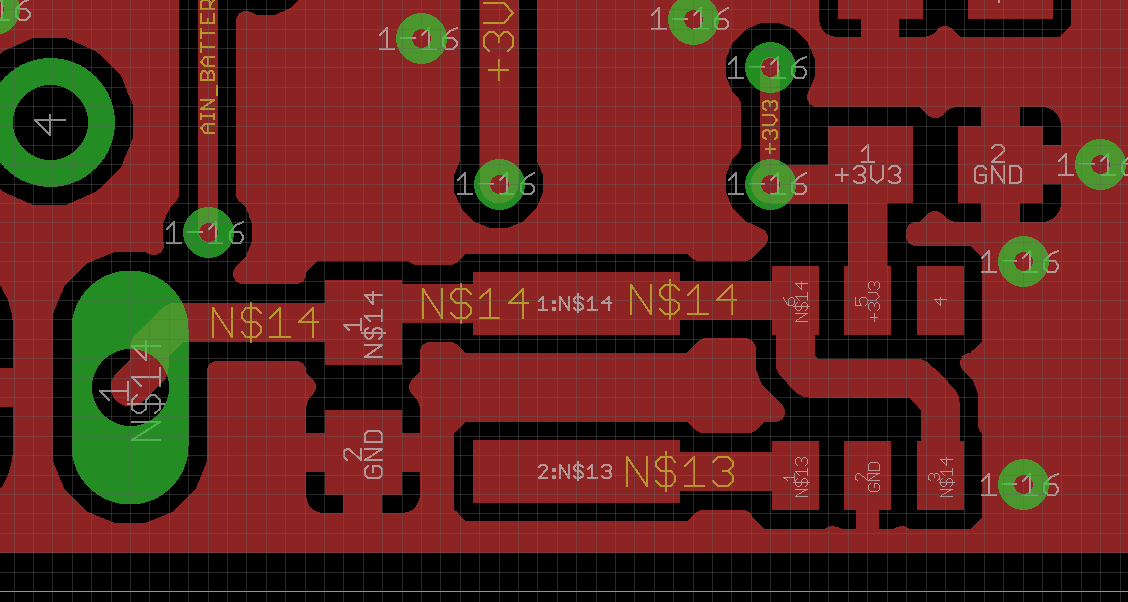 Would anyone have any ideas why the regulator is not operating properly?

The answer was found.

If one looks at the PCB layout, they'd see that the copper goes fairly close to the edge of the board. This is danger area: the board house may trim this copper from your design (and not tell you about it). In this case, the copper in the picture is 20 mil off the edge, but the board house only guarantees features at 40 mil. While the lower ground plane existed at left, it was trimmed away from about half-way under the inductor to the right side of the regulator chip. This left the ground pin of the regulator isolated and floating, and thus the device would not operate properly.

What is interesting is that the board house in most cases came to 20 mil of the board edge as per the design, but removed most of the sliver under the regulator and inductor. This means that you might get your features in this zone, but they could also nix some features in that zone as well. It is the "not guaranteed to be there" zone.