What is this component marked 5R1 with designator F12 and what value is it? 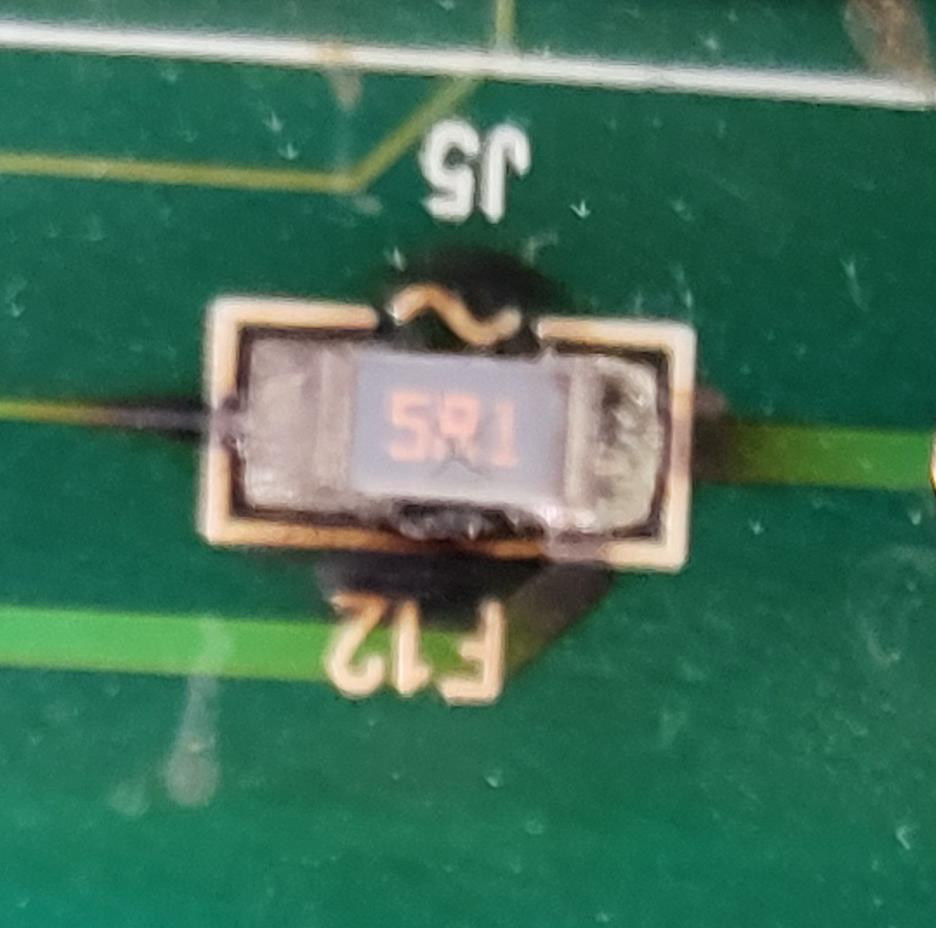 I am repairing a sound board and I cannot figure out what it is. The SMD says "5R1" on top for 5.1 ohms. I cannot tell if this is a fusible resistor or a varistor. Varistor Symbols cut up through the symbol this one is cutting down. Below is a drawing of the symbol the schematic gives me. which has me even more lost. Any help or advice would be greatly appreciated.

It looks like a fusible resistor. That's a resistor that will blow like a fuse if the current is too high.

Don't replace it with a simple resistor.

The schematic might show a PTC, but then the part itself would have either a code marking or a current rating on it. Yours has a resistance marking, so I expect it is a fusible resistor.

It's possible that the circuit was designed for a PTC, but was later changed to a fusible resistor.

The symbol you've linked comes up fairly regularly with an image search for "PTC fuse", but they can be drawn several different ways. A "regular" fuse symbol is often drawn as a symbol that looks like a sine wave with terminals on each end. (See symbol on PCB next to the "F12" designator.)

I think you have a schematic and PCB that seem to indicate a PTC fuse, but a standard resistor has been installed instead.

The "2" and "1" on your schematic are just pin numbers. Commonly shown for multi-pin components such as ICs, but usually omitted for 2-pin or non-polarized components.

Check for a bill of materials or some other documentation if you have no other details given on the schematic for the fuse. Without that information, you will need to know the operating characteristics of the circuit or sub-circuit to know what value of fuse is appropriate.

Looks like a 5.1R resistor where a fuse was intended.

Not the answer you're looking for? Browse other questions tagged circuit-analysis identification schematics or ask your own question.