Why is the magnetic field inside a coaxial cable the same as it would be near a current-carrying wire?

Why is the magnetic field inside a coaxial cable the same as it would be near a current-carrying wire? Each side of the cable is conducting so shouldn't it be \$ \frac{I*μ0}{\pi*r} \$ because both sides contribute equally (at least in the middle between the radiuses)? 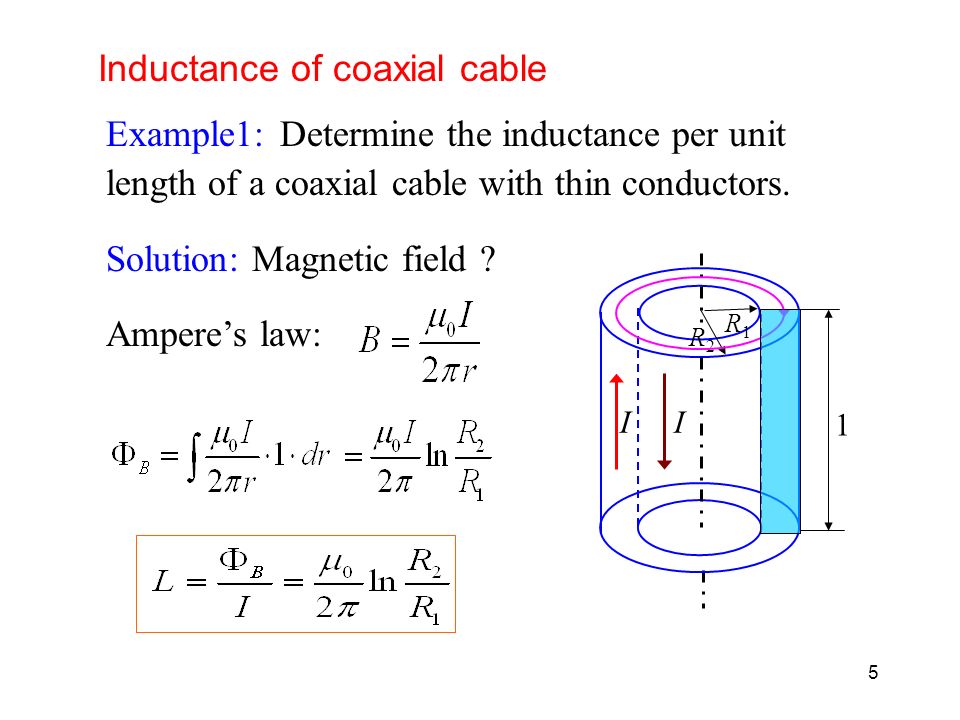 QuickField simulation of the outer shield (a tube) carrying 1000 amps with the inner wire open circuit: - 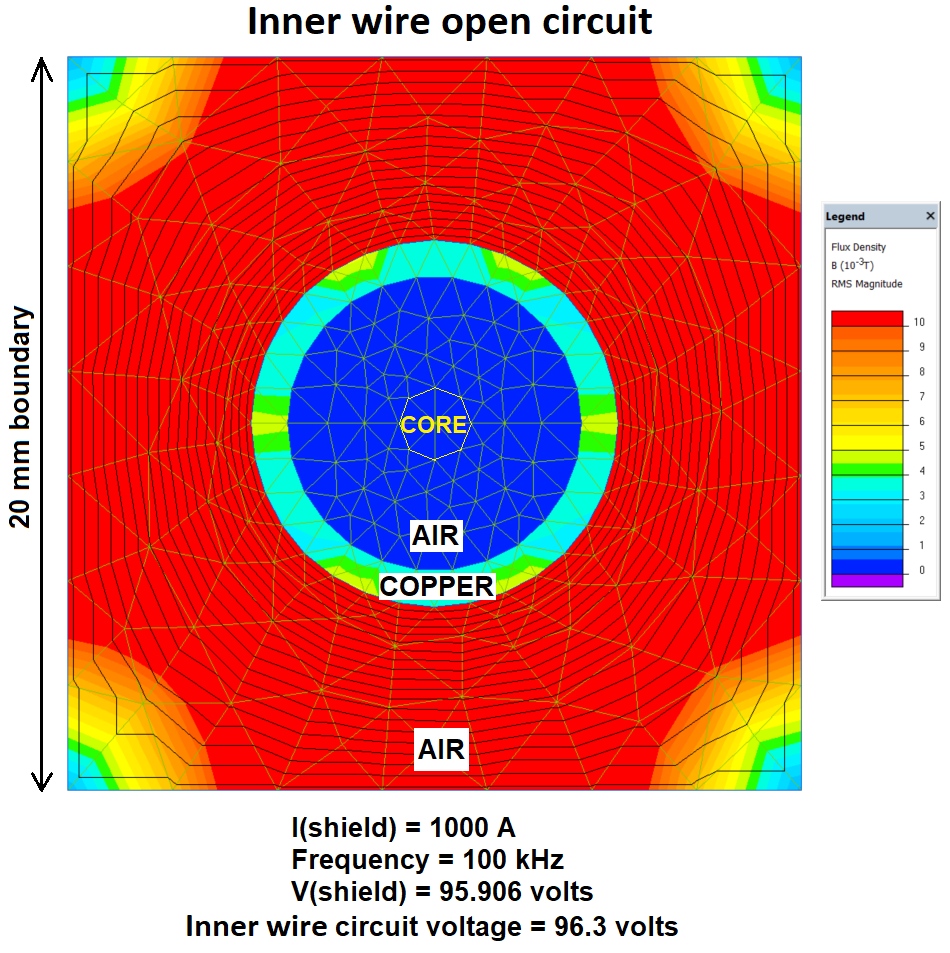 Image taken from here. As can be seen, there is no magnetic field between inner conductor and inside of shield tube.

There are two answers, the first essentially being of the "that's just the way it happens to be" kind: first, the magnetic field vector is the rotation (a differential operator often denoted by \$\nabla \times \dots\$) of real and "displacement" current densities. A feature of this vector rotation is that a closed line integral of it evaluates to exactly the same value as any surface integral of the original vector inside of that closed line would evaluate to. Now that surface integral of the current density indicates the total current \$\vec J + \frac d{dt} \vec D\$ going through this surface, and the line integral around tells the magnetic strength \$\vec H\$. Now if we pick a circle for the line integral and let current flow in its center (in any arrangement from line to filled circle to hollow circle that is in itself symmetric), the field \$\vec H\$ will have the same magnitude all around and will exclusively depend on the current density inside. The whole integral will actually remain completely unchanged regardless of how any current may be distributed outside (symmetric or not) or inside (symmetric or not), but if we want to stipulate that it's the same magnitude all around, we need to stipulate that symmetry.

Now that's sort of an apodictic statement of the "it is so, period" kind. Essentially, if you integrate small rotation pieces, they all cancel out everywhere except for the boundary where the integration stops.

The grindwork answer is to just integrate all the little pieces of magnetic field generated by each fragment of current according to the field equations. It's a whole bunch of ungrateful work where you can make a lot of mistakes. If you manage without mistakes, the summary solution predicted by the vector differential relations (Gaussian integral equivalences) will still magically fall out. It's a bit deflating, but those vector analysis equalities actually provide for immensively powerful shortcuts. Sort of like energy conversation laws in physics, except that we are talking about something purely mathematical, so it works in the abstract (though Noether's theorem does lend the abstract a stronger route into physics than just coincidence).

Not the answer you're looking for? Browse other questions tagged magnetics or ask your own question.

0
Is it possible to create an external electric field using a toroid?
2
Back EMF and opposing current of a super conductor?
0
How to design a magnetic vibrator?
0
Potential lose of time-dependent currents in presence of static magnetic fields
1
How is the current induced in this circuit?
0
Magnetic field of a coil composed of stacked coils
2
Shielding AC magnetic field using cable shield connected to two grounds
2
Why doesn't magnetic power transfer use ferromagnetic cores in the coils?
3
Does same pole magnetic field flow past each other in a iron core
0
Does skin effect increase the eddy current losses inside magnetic core?