Is this component a resistor or an inductor?

I found this this component at the power supply input of a circuit. I tested it with the multimeter. It measures an open circuit. I couldn't figure out its value or its type.

It is located before a bridge rectifier and a varistor. It has no label on the board.

The colors are: white, gold, black, white and orange. 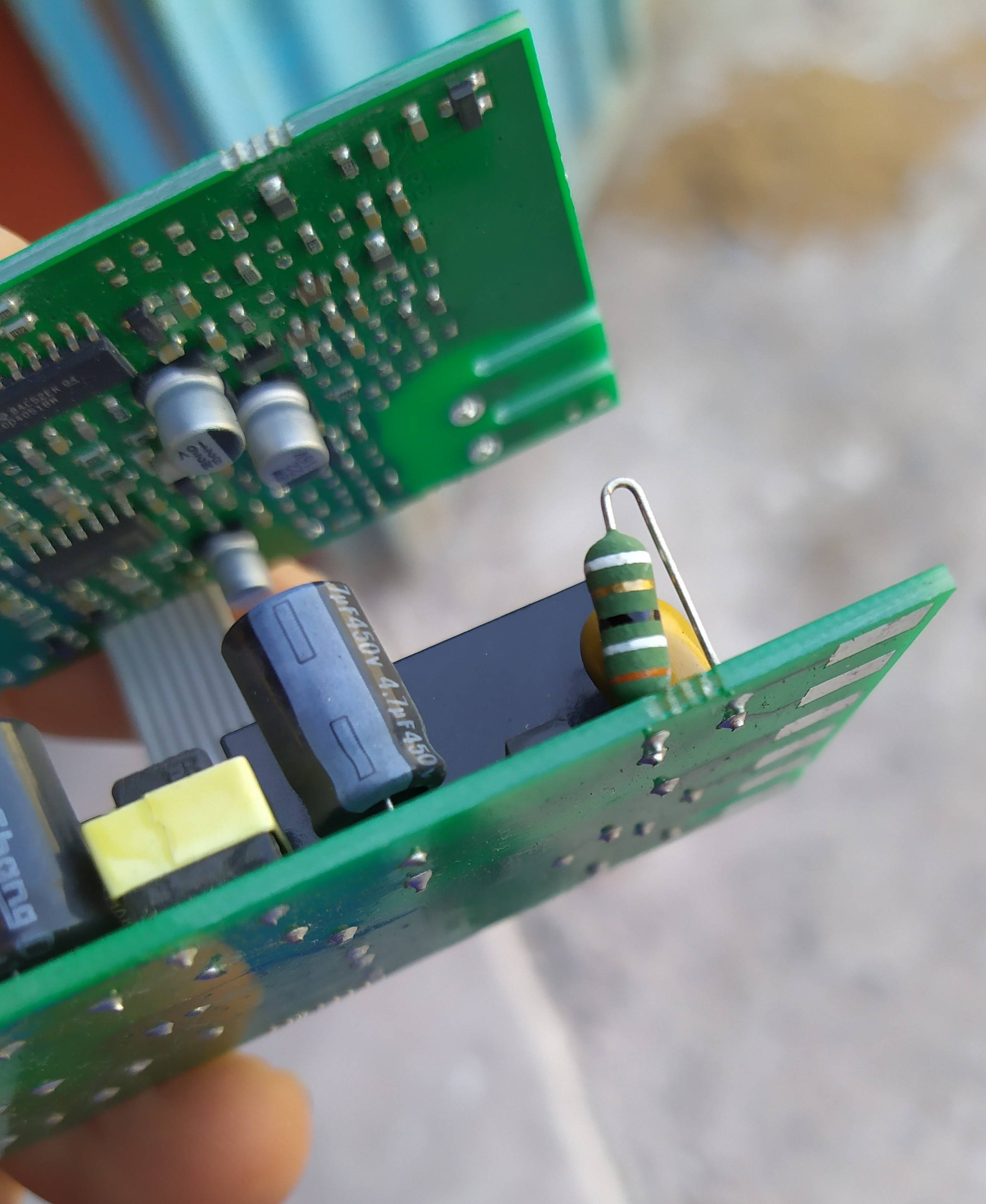 It looks and sounds like a fusible resistor. I say this for two reasons (1), it measures an open circuit (it has fused hence the reason you are investigating it) and (2), fusible resistors quite often have their 5th band coloured white. See this website about the 5th band: -

It is located before a bridge rectifier and a varistor.

Given where you describe it to be in the circuit; that place is usually where SMPS devices have a fuse and, many of them use fusible resistors because the resistance doubles up to reduce inrush current.

Anyway, my best guess is that it is a 3.9 Ω fusible resistor.

5
How to identify unknown component
2
What Electronic Component Marking On A Circuit Board Is Designated For BF?
3
What are these green colored resistors?
5
Help identifying component in digital thermometer
1
Unknown component on PCB - rectangular, white, 4 terminals, marked 3215
7
Identification of a very strange SMD component
0
Debugging an old Thermostat: What component is this? (3 pins SMD IC)
4
Do you recognize this component 4A 0F3?