What value of resistor is needed to limit current to 0.5 ampere in a 12V DC circuit?

I have a 12V DC motor that uses 1 ampere from a 12V battery. I want to limit it to 0.5 ampere because it runs too fast on 1 ampere. I know that I can achieve that by adding a resistor but the question is which value of resistor?

It's generally a bad idea to add a series resistor to a DC motor because it will reduce the torque without reducing the no-load speed at all. It might be acceptable for certain types of loads such as a fan where there is speed-dependent drag but little friction.

It would be better to add a PWM controller to effectively reduce the average voltage to 6V. You can easily design one with a 555 and a MOSFET/diode (which I suggest just because it would be instructive), or you could buy an inexpensive module (eg., there are various permutations including ones that use a microcontroller rather than a 555) 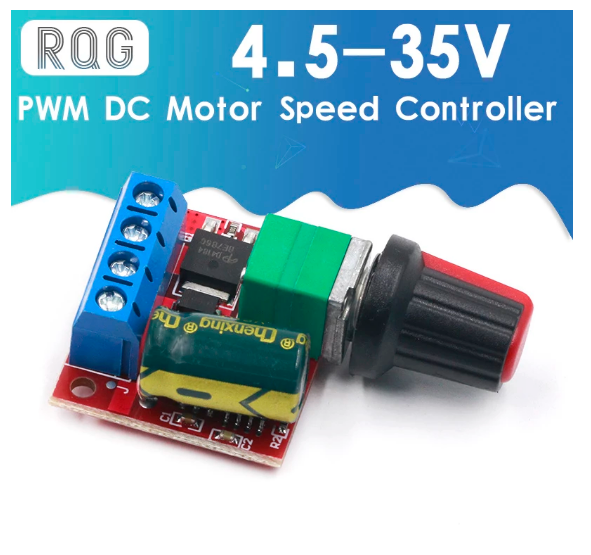 The total resistance is 24 ohm on 1A. so to make it half a 12 ohm resistor is needed.

Not the answer you're looking for? Browse other questions tagged voltage current resistors circuit-design dc or ask your own question.

3
Simple circuit to limit current through a FET
4
Voltage, Ampere and and Ohm of a DC motor
0
How can I limit the current in a 12v car battery to be safe for my 25a motor driver?
0
DC motor speed control: 12VDC 700mA fan motor powered by 7.2Ah sealed lead-acid battery
0
Why is the current before one end of a resistor the same as the current after the other end?
1
Value of 5-band resistor (current sense)
0
Value of resistor to limit current to 1 ampere in 12 volts circuit
1
Current limit to 500mA (maximum) at 12V