Why does voltage decrease as resistor increases?

As you can see in the images below, when I increase the resistor value from 200 Ω to 2 kΩ, the voltage at the node Vd suddenly decreases.

Why is this so? 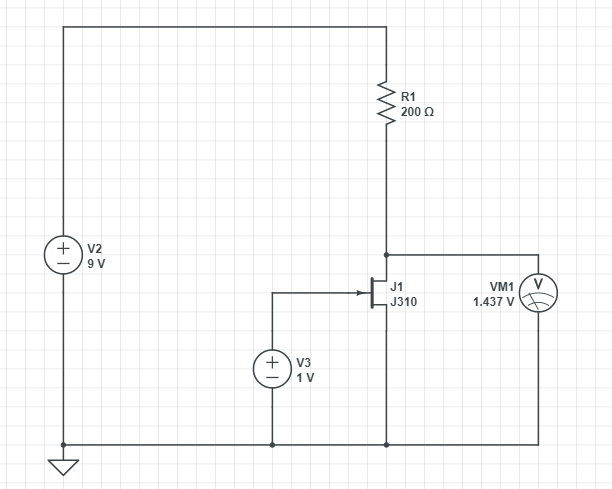 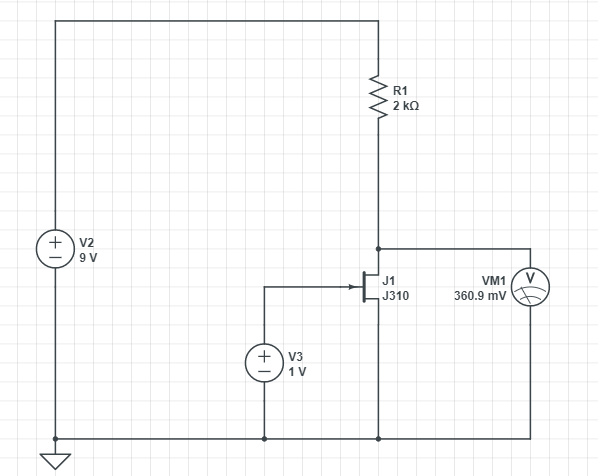 J1 has some nominal resistance when it is conducting. Looks like roughly 40ohms. So R1 and J1 can be thought of as two resistors in series.

Basically speaking, when you put a current through a single resistor at, say, 9v the voltage on the input side of the resistor is 9v and on the output side is zero. In other words, it drops all of the voltage. Voltage is potential difference, and that potential is realized in the resistor.

When you’ve got multiple resistors in series, that voltage drop is split by all of the resistors proportionally to their individual resistances. So, the higher the resistance of R1 the larger percentage of the voltage it will drop, since J1’s resistance is essentially constant.

Your meter is connected across J1- which we’ve established is the second resistor in series- which is sort of a weird place to put it. You’ve accidentally built a voltage divider (hence the commenter) and you’re accurately measuring its output voltage. The output of the voltage divider changes when the values of the resistors that form it are changed.

Guessing here to your intention, so ymmv: You want to measure your 9v source voltage because maybe it’s a battery you don’t want to completely discharge or maybe some other reason. You could do that by simply connecting your meter directly to the positive and negative terminals/wires of your 9v source. Voltmeters are very high resistance and meant to sit in parallel with the circuit you are monitoring.

If J1 is not conducting, you’ll now have R1 and VM1 in series. There will be a very low current. That’s because VM1, your voltmeter, is essentially a VERY high value resistor, usually 100k ohms or more- and more resistance means less current. In this case, R1 won’t drop much of the voltage at all since VM1 has much higher resistance. VM1 will show very close to 9v which will also be the voltage drop across it.

I recommend using an online “voltage divider calculator” and putting in some different resistance values to get an intuitive and math-free idea of what’s going on.

Not the answer you're looking for? Browse other questions tagged voltage transistors circuit-analysis resistors jfet or ask your own question.

0
P-channel JFET gate voltage
3
Why does voltage split when an additional resistor is added?
1
How does the frequency increase and decrease in a FM transmitter circuit?
0
Calculating voltage through unknown resistor
0
Why should we modify the voltage source value if the resistor is connected with it directly?
0
Choosing Resistor Values
5
Why does voltage drop across resistance contradict Ohm's law?
1
Why the input capacitance value decrease as the input voltage increases?